Not sure what anime to binge next? Many may not know it, but Hulu has a surprisingly solid library of both new and classic anime, as well as some lesser-known hidden gems. Grab a snack and get comfy. Here’s a list of the best anime you can start streaming on Hulu right now. 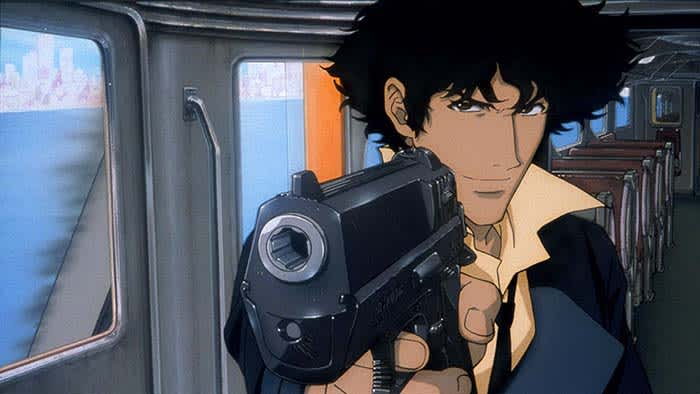 The 10 best anime on Hulu

Imagine if you were a god. Sounds perfect, right? Well, in the world of “Noragami,” being a god isn’t all it’s cracked up to be. Not all gods are created equal, and Yato dreams of one day becoming as famous as the rest of his all-powerful brethren. In his quest to attain greatness he stumbles across a half-phantom girl named Yato, and a meek teenage boy named Yukine… who also happens to be a living weapon. “Noragami” is a quirky series with a lot of heart, and its original take on Japanese mythology stands out from the crowd.

The world only has one year until it’s totally destroyed. The entity behind the apocalypse? A schoolteacher. Well, not exactly a schoolteacher: a strange and tremendously powerful otherworldly being that looks like a weird yellow smiley face with octopus arms. He’s not all bad, though: he gives humanity a chance to avert its grim fate by offering to teach them how to kill him. In addition to teaching his junior high classroom normal subjects like algebra and history, this neon yellow horseman of the apocalypse also schools the kids in the ways of assassination. “Assassination Classroom” has a dark sense of humor and offers a delightfully bizarre ride from start to finish.

“Trigun” is a quirky cyberpunk western that was a major hit when it first arrived stateside in the early 2000s. Our hero is Vash the Stampede, a gunslinger with an astronomical bounty on his head. Pursued by hordes of bounty hunters and an (arguably undeserved) bad reputation, Vash is also shadowed by Meryl and Milly, a pair of insurance agents that try to minimize the damage left in Vash’s wake. In addition to being an accomplished gunfighter, Vash also has a mean case of amnesia, and. as the series progresses, he slowly begins to discover details about his mysterious past.

Mild-mannered businessman Rokuro Okajima goes for the company trip of a lifetime when his ship is hijacked by a group of modern-day, gun-toting pirates. Hung out to dry by corporate management, Rock reluctantly turns to a life of crime himself, joining up with the colorful crew that kidnapped him. Rock joins stone-faced captain Dutch and sharp-tongued Revy and delves into the seedy underworld of the island of Roanapur. Rock and the crew encounter warring gangs, ex-Spetsnaz assassins, mercenaries, and other rogues as the mild-mannered businessman gets in touch with his bad self. Think “Breaking Bad” but with a fair bit more action.

Giant fighting robots? You bet. “Mobile Suit Gundam” is regarded by many as a pioneer in the mecha anime subgenre. First arriving on the scene way back in the ’70s, Gundam has been around in various incarnations since then. Despite the many iterations of the series and its spin-offs, the central plot remains constant: in the future, groups of humans split off from Earth, heading into orbit to form colonies of their own. Eventually, these colonies declare their independence, and a war ensues. Instead of tanks, warriors fight with massive Gundam mech suits. “Mobile Suit Gundam” Wing isn’t the only Gundam series available on Hulu either: several other Gundam spin-offs are available as well.

In our world, superheroes are the exception, not the rule. Whether it be the X-Men, Spider-Man, or Batman, heroes have to keep their identities secret, and are sometimes feared and reviled by the general populace. “My Hero Academia” turns that trope on its head. In the world of “My Hero Academia,” heroes are the norm, and most people have powers of some kind or another. Everyone, that is, except for Izuku Midorya. One of the minority without powers, Izuku dreams of becoming a hero too, and enrolls in a high school for heroes in training. Izuku and his powerful new friends have to take on supervillains, protect the innocent, and make sure that their homework is turned in on time.

Middle school student Usagi Tsukino has a lot on her plate. Aside from the usual boy troubles and school stress, she’s also a magical guardian known as Sailor Moon. She’s tasked by a talking cat, Luna, with protecting the world from the monstrous forces of darkness and tracking down the missing Moon Princesses. She does it all without breaking a sweat (or her nails) and is never without a sarcastic remark in the meantime. “Sailor Moon” is a classic anime series that can be surprisingly relatable, and is a must-watch for all ages.

They’re not quite vampires, they’re not quite zombies, but they still thirst for blood… and lots of it. Ghouls are the new problem plaguing mankind, and they look and act totally normal by day. They could be your boss, your brother, your neighbor… but by night, they prowl the streets looking for their next innocent victim to devour. After a near-death experience leaves college student Ken Kaneki an unwilling ghoul, he’s forced into a dark and bloody world that he wants no part of. Fortunately, he manages to find another group of peaceful ghouls, but they’re hunted by the ruthless CCG task force. It soon becomes clear to Kaneki that things aren’t as black and white as he thought: ghouls aren’t all bad, and the CCG can be just as disturbing and inhuman as the monsters they claim to protect the public from.

“Psycho-Pass” is a must-watch for any cyberpunk fans. If you liked “Blade Runner,” “I, Robot” or “Detroit: Become Human,” “Psycho-Pass” is the series for you. In the future, crime is nearly nonexistent thanks to a new system of omnipresent supercomputers that can detect unstable individuals and wipe them out before crime ever occurs. Akane Tsunemori is a rookie officer that finds herself paired with the elite Enforcer unit, a squad of dangerous latent criminals that hunt down those deemed to be a threat to society. Things start to unravel when it becomes apparent that a dangerous killer is somehow fooling the system, and Tsunemori and her new friends in the Enforcer unit race to stop the threat.

Sci-fi meets film noir meets westerns in “Cowboy Bebop.” Bounty hunter Spike Spiegel and his crew make a living tracking down all manner of dangerous rogues across the solar system. The team has to contend with their own shadowy pasts just as much as they do the criminals they’re hunting, and the series effortlessly shifts tones between sarcastic humor and some pretty deep existential musings. “Cowboy Bebop” is a shining example of the best of anime, from the animation, to the voice acting, to the characters, and the soundtrack. It’s widely regarded to be one of the greatest anime series of all time. See you, space cowboy.

Did we miss anything? Not to worry; Hulu has plenty more anime to devour, no matter what your tastes are. We’ll also be updating this article as Hulu expands its already hefty anime library, so be sure to check back with Softonic to see what’s new.

10 most iconic weapons in anime ►

7 ongoing animes you should be watching ►

Why Crunchyroll is the best way to watch anime ►