Whether you’re looking to grow an impressive list of followers or simply get your content in front of the right eyes, we’ve assembled 20 tips to get you using Twitter more efficiently – whether you’re new to Twitter or you want to build up your following and get the most out of this impactful platform.

Hashtags can be found virtually everywhere. While they may be ubiquitous, it’s worth taking a minute to understand how to best use hashtags on Twitter. 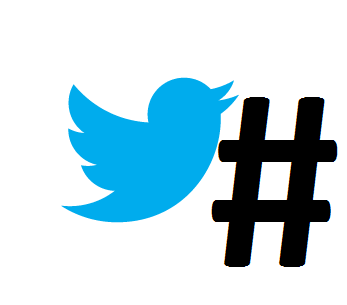 A way of grouping tweets together, hashtags allow users to join conversations and have their content discovered. For example, if a user has an opinion on “America’s Got Talent,” by adding #AmericasGotTalent to their tweet they will show up for anyone searching for the show.

So by using relevant hashtags, you’ll be able to connect with people interested in the same things as you are. This is a particularly useful strategy if you are tweeting on behalf of a business and want to get your products in front of consumers likely to want your product or services.

Tip 2: Get your bio right

While Twitter’s unique selling point has everything to do with brevity, the biography (bio) section is large enough to give everyone an idea of what you’re about and what your aims are for Twitter.

For example, if you’re interested in sharing and discovering new music, make sure that you explain this in your bio. If you’re using Twitter as a business tool, then be sure to include the web address so that users can be sent directly from your Twitter page to an online store. 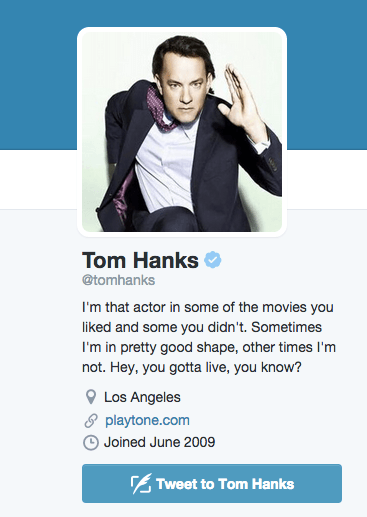 While the clue might be in the phrase “social media,” it’s worth a reminder that it pays to act socially. Engaging with anyone who reaches out to you is worth the effort. Indeed, by replying to tweets that you receive on your account, you’ll gain greater exposure on other users’ feeds – which will increase the likelihood of you acquiring followers.

For businesses, it’s also an opportunity to gain some free PR. Anytime you have a positive interaction on Twitter, anyone who sees it will come away with a favorable impression of your brand.

To get the most out of Twitter, you need to follow the right people. If you’re interested in classic cars news, search all of the related terms to find people tweeting about this subject.

Not only does following the right people provide you with a feed of relevant content. It also increases the chances of you getting a follow back and increasing the size of your network.

Images are the first things users will notice when looking at your profile. Make sure to select different images for your header photo and your profile photo. Choose high-quality and relevant pictures that show who you are or reflect the image of your brand. 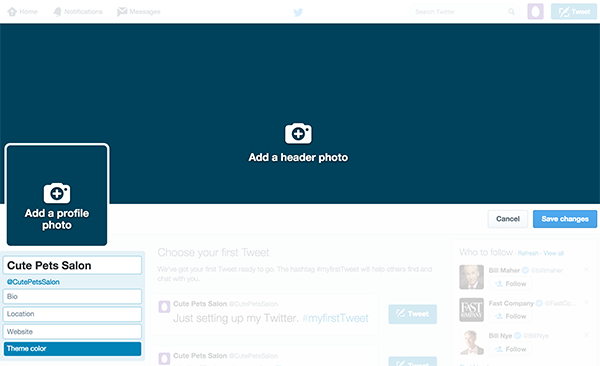 While Twitter now allows people to post tweets that are twice as long as its  original 140 characters, research has shown that shorter posts are more likely to attract the attention of other users. So try to keep posts between 120-30 characters.

When it comes to tweeting, success is all about timing. Do you want to have people actually read your thoughts about your favorite sports team? Then tweet when they’re playing, which is when other users are likely to be searching their name in the search bar.

Nothing gains followers faster than the promise of a giveaway. Whether you’re a business or an individual looking to make a name for yourself,  by asking users to retweet and follow you for a chance to enter a prize drawing, you can be sure that your Followers list will grow and grow.

Sure, witty words might make you famous on Twitter. But there’s nothing like a striking image to get people talking. It’s important to make sure the images you post are high-res and look good on both desktop and mobile versions of Twitter.

If you’re feeling a little more adventurous, you might consider posting videos, too. With videos as with words, brevity is key.

If you’ve been using the browser-based version of Twitter, why not try the app?  Available for iPhone and Android, the app allows you to quickly tweet on the go and upload photos directly from your mobile. The app also boasts a user-friendly interface. 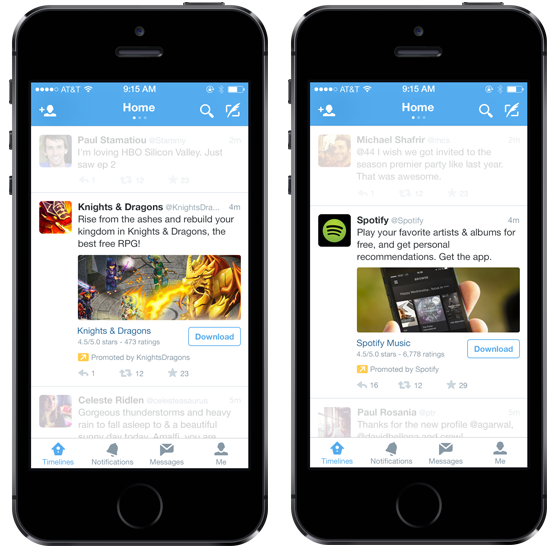 One of the most overlooked features of Twitter is the search bar located in the top right-hand corner. By entering a word or term here, you’ll discover all the tweets that relate to your chosen subject. Searching is a great way to find users to follow or identify potential customers. 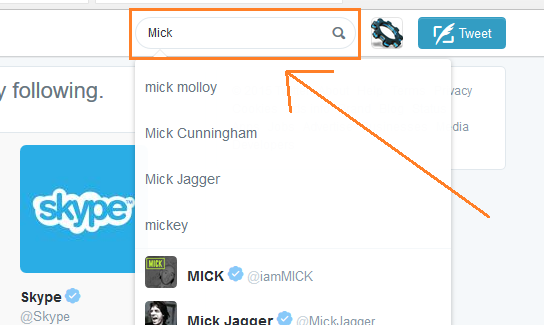 Whether you want to be seen as the authority on a particular subject you enjoy or you have found something useful you think your followers might appreciate, be sure to retweet it.

Retweeting works similarly to replying, but since it’s public it also allows you to become a part of the broader Twitter community.

Just like in real life, users on Twitter don’t want to feel drowned out by one voice. Instead, they want to hear from you when you have something exciting to share or some information which will benefit them.

In practical terms, this means spacing out your tweets so that you don’t flood anyone’s timeline but remain present enough to be remembered. Tools such as Buffer and Hootsuite can help you to schedule tweeting times for your messages.

Rather than simply expressing an opinion or sharing a link, consider how you might start a conversation when you tweet. 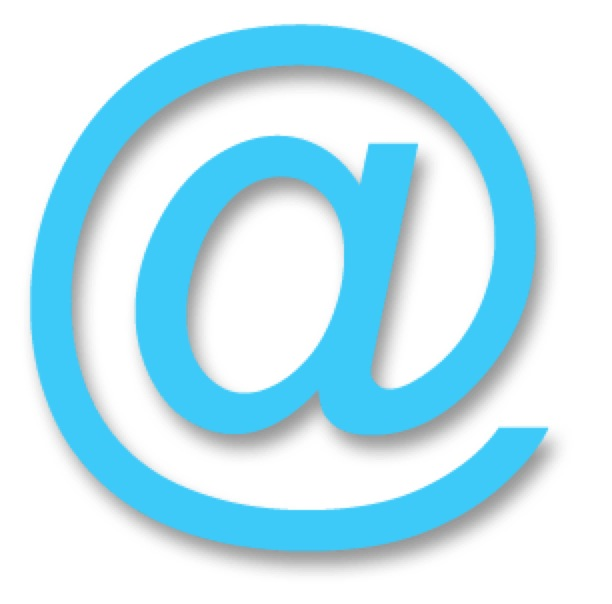 If you’re looking to find out about the latest movies, for example, it might be worth stating which ones you’ve enjoyed yourself. You could follow that up by asking your followers which films they’ve enjoyed recently. In fact, you could talk to multiple followers via your tweet; just include @username within it.

Can’t decide between restaurants to eat at tonight? The Twitter poll feature can take care of that for you. As simple as clicking the poll tab beneath the tweet box, you can have one up and running in seconds. This feature is also another sure-fire way to get people interacting with you. 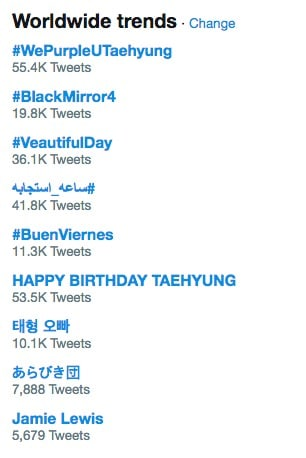 If you take a look at the left of your Twitter screen, you’ll see a range of revolving hashtags grouped beneath a Trending Topics headline. These hashtags refer to popular subjects being talked about at any given time and allow you an opportunity to join global conversations.

Beware of tweets that include Trending Topics hashtags but seem to be unrelated: Twitter spammers sometimes use these hashtags to get more visibility.

The best way to form a more personal, one-to-one connection on Twitter is by using the direct message function. Sending a direct message is a good  way of saying thanks for getting a conversation rolling; businesses should be mindful of the opportunities afforded by this feature.

If you’re dining in a new restaurant or visiting a new country, consider tagging the location of your tweet so that users are able to find you and possibly suggest things to do when in the area.

The location feature is broad, so you won’t be revealing your exact location. However, do consider the fact that tweets are public, so tagging your location could alert strangers to the fact that you are not at home. In general, it pays to be careful about how much information you reveal publicly.

Every once in a while, it pays dividends to perform a spring cleaning. By unfollowing users who have become inactive, you can ensure that only relevant information appears on your Twitter timeline.

Yes, we said it – the biggest cliché of them all. But it is the perhaps the best piece of advice for Twitter users who want to expand their engagement. By being yourself and infusing your tweets with individuality, you’ll become a memorable user who attracts attention and grows followers.