MS Office has been the leading Office suite for as long as I can remember. The problem with it is that it doesn’t come cheap at anything up to almost $500 depending on the version and license you want. In the old days, there wasn’t much you could do but shell-out the cash but nowadays, there are several free or cheap alternatives out there. Here are 5 of the best. Note that they’re all also available on Windows, except NeoOffice and iWork which are Mac only.

Whenever people ask me what I can recommend as a free alternative to Microsoft Office, I’ll frequently recommend OpenOffice. OpenOffice is a multi-platform and multilingual office suite that is compatible with all other major office suites (meaning it will open and edit Word, Powerpoint documents etc) and best of all, its absolutely free to use. 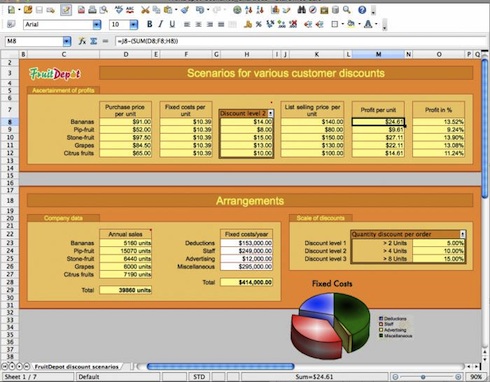 ThinkFree Office looks and feels very similar to MS Office and in some aspects seems to have copied it directly, especially in the way the word processor looks. ThinkFree Office consists of three segments. Write (word processor), Show (presentation tool) and Calc (a spreadsheet tool) and allows you to export to PDF. Unfortunately, despite the name Think Free Office isn’t free but it’s cheaper than MS Office. 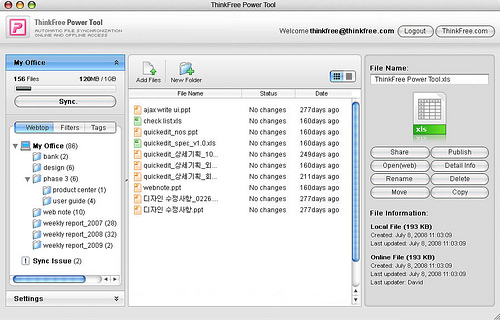 NeoOffice is modification of OpenOffice specifically for Macs. It has a fully featured set of office applications including word processing, spreadsheet, and presentation programs. The big advantage over OpenOffice is that it has a much slicker OS X look, it’s more stable and it’s faster. Oh, and of course, being based on OpenOffice, it’s completely free.

Important Update: NeoOffice 3.2 and 3.3 are now Donationware and require a donation of at least $10 within the last year to be downloaded. 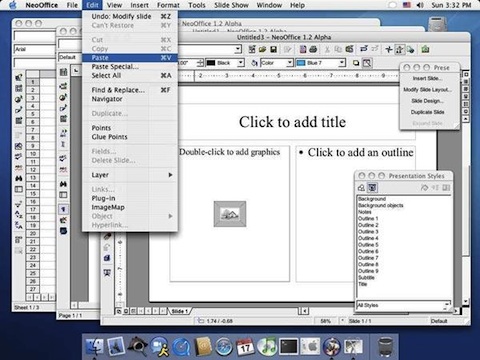 iWork is Apple’s answer to MS Office and consists of Pages (word processor), Numbers (spreadsheets) and KeyNote (presentations). iWork ’09 has come a long way since it’s original release and KeyNote in particular stands out as a way to make truly cinematic presentations. Many still feel that Pages and Numbers don’t measure up to Word and Excel although they’ve both vastly improved since the initial release. 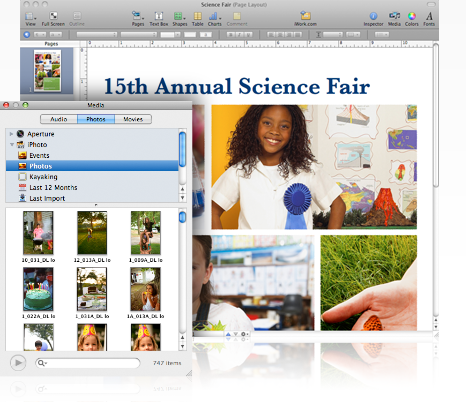 I’ve been waiting to try Revolver Office for a long time although the developers keep rolling back the release date for the English version. At the moment it’s only available in German but the developers claim it will be released in English this month. However, the website features lots of information in English about exactly what Revolver Office features and it looks pretty powerful, if a little bloated.