5 Marvel stories the MCU should use after ‘Avengers: Endgame’ 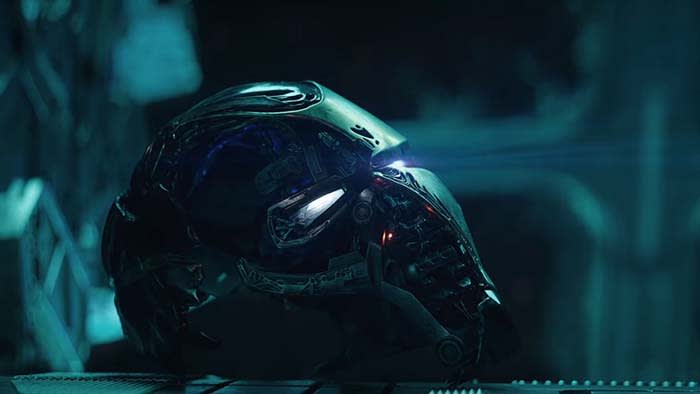 Now that we got that out of the way…

The aftermath of “Avengers: Endgame” left many fans in tears, both of joy and of sadness. The film presented a satisfying and climactic end to a 22-movie saga that changed the landscape of blockbuster films forever. We don’t know where the MCU is going to go after Endgame, but we do have some theories:

Where does the MCU go after Endgame?

For many fans, it’s difficult to imagine Marvel ever surpassing Endgame. While this may end up being true, there have been dozens of huge crossover events throughout Marvel’s decades of comic books. One major advantage the MCU has moving forward is Disney’s purchase of FOX. This gives the MCU access to lucrative Marvel characters like the X-Men, the Fantastic Four, and Deadpool. Here are five massive Marvel stories that could end up becoming major successes in the MCU:

5 Marvel stories the MCU should use after “Avengers: Endgame”

In the comics, the shapeshifting alien Skrulls have been a pain in the side of many superhero teams. This includes the Fantastic Four and the Avengers. The storyline “Secret Invasion” has several key figures in the Marvel Universe being kidnapped and secretly replaced with Skrulls. It leads up to a full-on invasion of Earth.

Earth’s heroes quickly find themselves unable to trust one another, worried that they may be talking to a Skrull. The Skrulls even took the form of several beloved dead Marvel heroes to sew confusion and emotional vulnerability among the Avengers. This is something that could be exploited in a movie adaptation to bring back some fan-favorite characters temporarily.

The invasion force has them combining the powers of several heroes into single beings called Super Skrulls. In this story, the Skrulls use their psychological and scientific prowess to bring the Avengers to their knees.

The Skrulls finally made their MCU appearance in “Captain Marvel,” being portrayed as sympathetic refugees hoping to escape the imperialistic, warlike Kree. While their portrayal in “Captain Marvel” worked in the movie and was a welcome surprise, there are several ways the MCU can turn the Skrulls into a vicious invasion force.

Since “Captain Marvel” took place in the ’90s, they could show a rebuilt Skrull Empire that has since shunned their peaceful ways. Alternatively, they could show a powerful Skrull terrorist force that goes rogue from the Skrulls we already saw. Either way, “Secret Invasion” would be a massive, body-snatching cinematic experience.

“Annihilation” was a comic storyline that had many of Marvel’s cosmic heroes like the Silver Surfer, (what would become) the Guardians of the Galaxy, and Nova defending the universe against the unstoppable Annihilation Wave. The Annihilation Wave was a force of millions of insect-like ships led by Annihlus. It was so powerful it managed to subdue both Thanos and Galactus. The storyline is often cited as one of Marvel’s best events ever.

Films like “Guardians of the Galaxy,” “Thor: Ragnarok,” and “Captain Marvel” have expanded on the MCU’s cosmic side for years. They show a delightfully weird and colorful cast of characters and locations. After introducing some of FOX’s Marvel characters like the Silver Surfer, an MCU adaptation of “Annihilation” would be the grand climax the MCU cosmos deserves.

In many ways, FOX’s X-Men movie franchise can be seen as a precursor to the MCU. While it had its ups and downs, you can’t say that it wasn’t ambitious. Now that Disney owns FOX, the beloved cast of mutants can finally join the MCU. And what better way to introduce them to the Avengers than to have them fight?

The “Avengers vs X-Men” comic event is confusing, overstuffed, and underwhelming. However, this doesn’t mean that the basic concept wouldn’t translate well to the MCU. Pairing up Marvel’s most famous mutants like Wolverine, Storm, Cyclops, and Gambit against the Avengers would be many comic fans’ dream come true.

Since Marvel has had continued success in bringing together huge casts of characters, they should have no problem with this. It’s unfortunate we wouldn’t see iconic Avengers like Iron Man or Captain America suit up to fight the mutants. However, it would nonetheless be a treat for audiences to have two of Marvel’s greatest teams duke it out.

The Scarlet Witch of the comics is a very different beast than the one in the MCU. After experiences devastating losses, she uses her reality-warping powers to change the world. She creates one where everyone she cares about gets their heart’s desire.

In this new world, mutants dominate the world and humans are second class citizens. She rules alongside her adoptive father Magneto and her brother Quicksilver. They try to put an end to the constant human uprisings led by revolutionaries like Luke Cage. Some characters don’t want this world to end. Spider-Man, for example, is a beloved hero in this world who is happily married to the now alive Gwen Stacy.

In the MCU, Wanda has faced incredible loss after the events of “Avengers: Age of Ultron,” “Captian America: Civil War,” and “Avengers: Infinity War.” After Thanos brutally resurrects and then murders Vision after she was forced to kill him, Wanda was quickly snapped away by the mad titan.

When she comes back in the climactic battle of “Avengers: Endgame,” she shows a brand new ferocity in her fight against Thanos. She is nearly able to kill him singlehandedly by ripping him apart. This newly revived Wanda is clearly a broken person, which could easily lead her to do some questionable things. This may include rewriting reality. Scarlett Witch is set to appear in a new show for Disney+ called “WandaVision.” If the show follows “House of M,” we will not be disappointed.

Note: This will be about Jonathan Hickman’s 2015 Secret Wars event and not the 1984 original miniseries.

The 2015 crossover event “Secret Wars” changed Marvel Comics forever. It brought an end and new beginning to the shared comic universe that had been running since the early 1960s. As the culmination of Jonathan Hickman‘s amazing Fantastic Four and Avengers runs, “Secret Wars” is arguably the greatest event Marvel has ever produced.

The series has Doctor Doom stealing the power of the omnipotent Beyonders, allowing him to bend reality to his will. Doom uses his new power to create Battleworld, a patchwork of various Marvel universes and timelines, all under his control. Different heroes and villains from across the Marvel Multiverse must band together and fight a hopeless battle against a god.

The Secret Wars storyline brought a rare sense of finality to comic books. While the Marvel Universe continued after “Secret Wars,” it would be one hell of a way to close out the MCU for good.

It’s still hard to believe that the Thanos saga has been concluded. We are happy with the conclusion, we just also want more. What stories would you like to see the MCU adapt moving forward? Let us know in the comments below!