The dark web. As if the name doesn’t say it all already! Imagine an iceberg floating in the ocean. We can see about 10% of the iceberg above the water with 90% hidden below the surface. What we see is the popular image of icebergs that everybody is familiar with but hidden out of sight lies something more, something that is there but that not many people know too much about. This is kind of what the dark web is like when you think about the world wide web instead of icebergs. What we see and what everybody thinks of as the internet is just a small part of the overall web. The dark web is the vast part of the internet that most people don’t see.

What exactly is it though? Well, that is what we’re here for today. As most people don’t know too much about the dark web, rumor and myth can take hold. We’re here today to give you a clearer idea of what the dark web actually is and bust a few common web myths that are swirling around the internet.

Beginner’s guide to the Dark Web

What is the dark web? 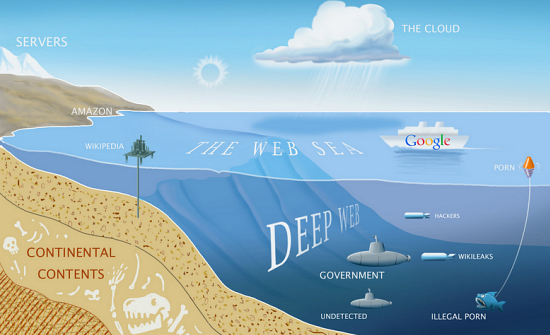 The dark web is the internet that you can’t find through search engines like Google or by clicking on links. The dark web goes beyond things like the BitCoin cryptocurrency and darknet markets like The Silk Road and, in fact, contains around 550 billion documents, which is a lot more than the 1 billion documents that the regular web has. It is very very big. Basically, it is everything that is online but isn’t easy to find. This is fact but it leads into our first common myth about the dark web.

Myth #1 You need special equipment to access the dark web

The Tor Project offers a free web browser that allows you to access the dark web. You can’t access the dark web without it, and it works by anonymizing and hiding your browsing activity. Tor, just like 95% of all the content you’ll find on the internet, is free to access.

Both the dark web and the deep web are commonly referred to like each other. In fact, there are technical differences between the two.

The difference between them is how you collect information. The deep web refers to content that is usually locked up behind passwords and held in restricted forums. You can’t access these sites via search engines, but you don’t necessarily need Tor to access them. The Dark Web is all the information that can only be gathered by users who’ve anonymized their traffic using a web browser like the Tor Network.

Myth #3 It is illegal to access the dark web

This is just completely untrue. To the extent that even social media sites like Facebook have a presence on the dark web. In fact, it wasn’t long ago that Wikipedia set up a dark web page called the Hidden Wiki so that people in parts of the world living under government censorship could access the world’s biggest encyclopedia. It is in exactly these parts of the world, however, where it becomes a bit of a grey area.

In countries that like to keep tabs on their citizens and limit what they can see on the internet, the governments usually have laws against encrypting your data. As you need to use Tor browser to access the internet, which anonymizes and encrypts your data, it could be illegal to use Tor browser and therefore accessing the dark web would be illegal, even if there is no explicit law against it.

The other thing you need to consider is that due to its anonymous nature the dark web is filled with illicit information that could be illegal to access.

Myth #4 Only criminals use the dark web

Whereas anonymity does attract a certain kind of cybercriminal and deviant, there are plenty of other people who use the dark web. Sure you can hire a hitman, buy illegal drugs, download child pornography, and do other disgusting illegal activities but there are plenty of normal activities people do on the dark web. Things like socializing, sharing images and movies, and generally using and surfing the web in a similar way to how they browse the regular web.

Like we’ve already mentioned the dark web offers a way for people living under restrictive governments to access controlled information. The dark web also gives journalists and whistleblowers a safe way to communicate without fear of recrimination. They should still be careful, however, because of the final myth we’re going to bust. 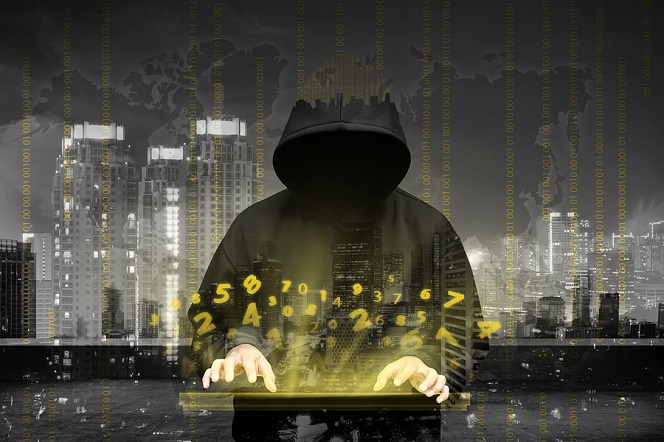 If you’re a journalist, whistleblower, or anti-government activist you’re going to have to take some further anonymity precautions than the baseline offered by the Tor browser. Although Tor was built to keep you anonymous and is needed before you can access the dark web it cannot guarantee your privacy on its own. A study concluded that Tor is not “…completely verifiable on the Dark Web.” This shouldn’t come as a complete surprise, however, when you consider just how seriously some governments take their efforts to oppress their people.

The good news, however, is that when combined with another privacy-protecting tool, Tor and the dark web can go a long way to keeping you safe. Using a strong VPN program when accessing the dark web, using Tor, will further enhance your privacy by masking your IP address and encrypting your data even further before communicating with your internet service provider. VPNs can even go so far as to hide the country you’re accessing the dark web from. If you’re busting out government secrets in China, a strong VPN can make it look like your connecting to the internet from the US.

What are VPNs and why should you use one

She-Hulk punches her way onto Disney+