Last week, our editors told us about their favorite apps to get the news, and I realized something: we’re pretty boring. Most of us stick to traditional news readers like Feedly, or apps for specific news outlets, like the BBC. They’re great apps, but there wasn’t much variety in our list. News aggregators are always popular, but I wanted to dig a bit deeper to see what other kinds of apps are out there to help you find, collect, or read the news. Here, I’ll take you through 5 of the coolest news apps I came across.

I chose Newsbeat as App of the Week a few weeks ago, and for good reason. Not just your regular news aggregator, Newsbeat turns your curated news into news radio. Choose from a list of publications, sections, and topics to get curated news, streamed in succession to provide a podcast-like news experience. 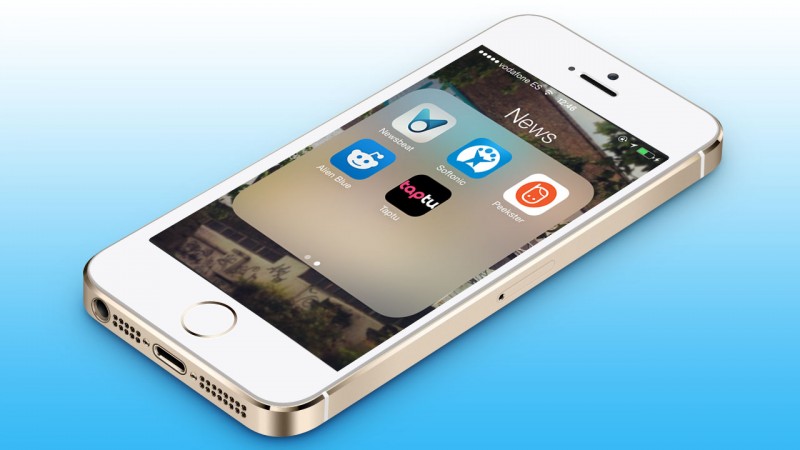 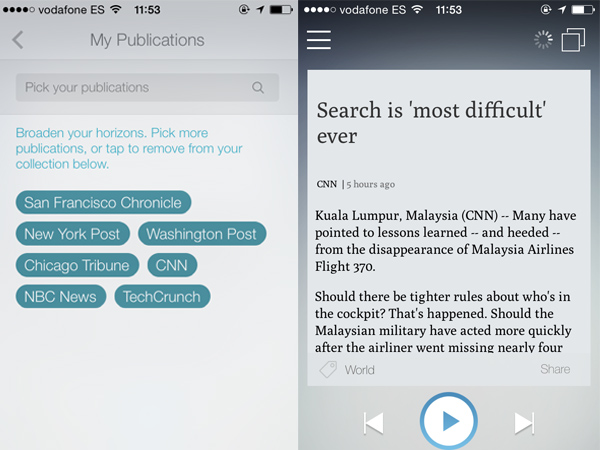 The publications it covers are comprehensive but not exhaustive, although I expect the database will keep growing as the user base expands. A computerized voice reads the news, but it sounds human enough to make the experience pleasant (although a lack of intonation makes some of the news stories sound a bit strange). Regardless, Newsbeat is a great app if you’d prefer to listen to rather than read your news.

Peekster combines the tradition of the classic newspaper with the capabilities of the modern smartphone. Say you’re on the subway, completely engrossed in an article from a newspaper left on the seat beside you. You have to get off at the next stop, but don’t have time to finish the article, and don’t want to bring the newspaper with you. What can you do? Open Peekster, scan the headline with your smartphone, and wait for the magic to happen.

Peekster – Your Best friend while reading printed media from Peekster on Vimeo.

After scanning the headline, Peekster goes through a digital database of articles from the same publication, finding the online version of the article so that you can save it and read it later, or share with your friends via social media. The concept is really cool, but you can run into a few issues if the headline has been changed for online publication. With only a handful of compatible UK newspapers currently available, it’ll still be some time before it’s database is big enough to be flawless, but it’s hoping to expand to US publications soon.

Taptu may feel a bit like a regular news aggregator, letting you add your favorite sources for news, but it’s standout feature is its integration with news from Facebook and Twitter. A lot of people now get their news exclusively (or at least predominantly) from social media, and Taptu integrates this source, letting you sign into the social networks to get news posted by friends or tweeted by followers. 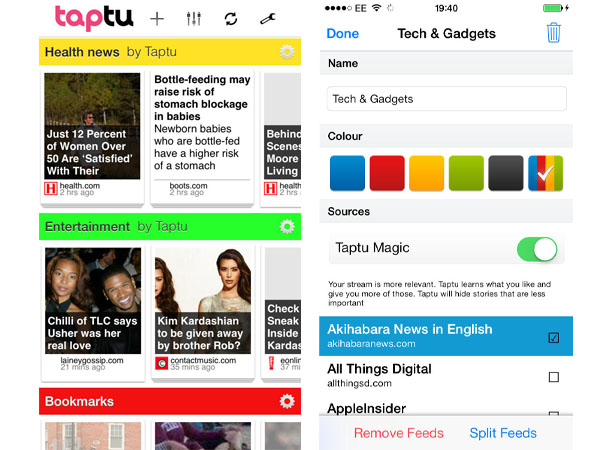 You can even interact with them by commenting, liking, and retweeting stories via the app, creating your own categories and subsequent news streams based on your tastes.

If you’re Reddit obsessed, you probably already know that there’s no native Reddit client for iOS or Android. Luckily, there are some third-party alternatives that work pretty well. Alien Blue for iOS is one of them; it’s basic, like the webpage, but it’s easy to scroll through, perfect for headline junkies who are looking for the most popular content on the web. 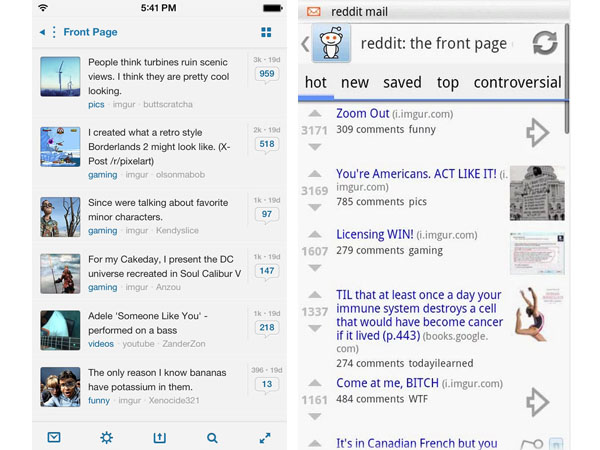 A save for later function and categories for Subreddits make Alien Blue one of the most complete Reddit clients available. Reddit is fun is a similar app for Android, with most of the same features, ease of usability, and a similar interface.

Yes, it may be shameless self-promotion, but there’s actually not much out there in terms of news apps that are specifically tailored to improving the way you use your device. The Softonic mobile app integrates with the operating system you’re using the app with to give you news, articles, and reviews related to your OS. 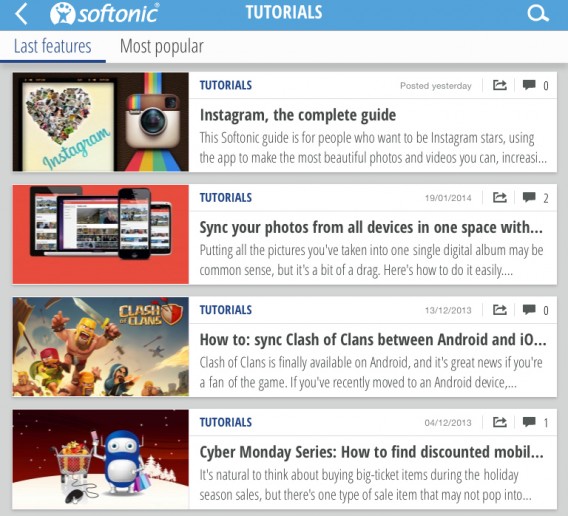 If you’re interested in the latest news about  your iPhone, for example, the app detects your operating system, showing you news about iOS and iOS apps, tutorials and tips on how to use them, and giving you reviews of apps, letting you download them directly in the app through the App store. If you want to optimize the way you use your smartphone and get a better idea of the software and apps that are available, the Softonic mobile app is the best way to do it.

Reading the news doesn’t always have to be a tedious or time-consuming process. With these apps, you can get news tailored to your specific tastes, delivered exactly how you want it.