Firefox and I nearly came to blows this weekend over a weird proxy issue. It was pretty rough, and almost ended in divorce. However, the grass isn’t always greener on the other side as they say and after flirtations with Safari and Chrome, I’ve decided I’ll be sticking with Firefox.

Here are 5 main reasons why:

1. Bookmark Handling: I used Xmarks to load my bookmarks into Safari and Chrome and they simply don’t display them in the same way. For example, in Safari, the RSS feeds use Feedburner which don’t display the headlines instantly as soon as you mouse over them – you have to open an extra tab to read the headlines of a particular feed: 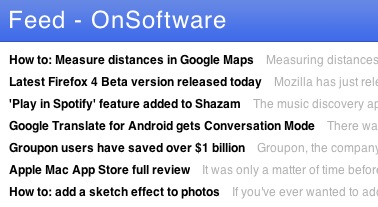 In Firefox, I can read RSS headlines directly in my Bookmarks toolbar which is much quicker and convenient. Meanwhile Chrome didn’t even load my boomarks toolbar – instead it loaded them all into my Bookmarks menu – not very accessible!

2. Extensions: Sure, many extensions are now available in Chrome that are available in Firefox but not all, and some of them I’ve come to rely on. A good example is FireFTP which you can’t get on Chrome. I’m sure there are other FTP extensions available on Chrome but I have all my settings loaded into FireFTP, I know how it works and I trust it.

3. Familiarity: Having used Firefox for several years now, I know how it works, how to fix certain problems and how it behaves. I don’t want to have to go through the time consuming process of learning how an entirely new browser works or work out any strange error messages that it throws-up. Of course, I’m also all too familiar with the memory leak which has plagued Firefox for years but as long as it doesn’t crash the browser too often, I’m willing to put up with it.

4. Stability: Ok, the aforementioned memory leak is a bit of a pain and when it consumes 100% of resources, often leading to a crash. But I’m finding this is becoming less and less of a problem over the years as Mozilla improve the browser and it has taught me to keep tabs to a minimum which is no bad thing. My experiences with Safari and Chrome have always been met with considerably more crashes although maybe I was just unlucky. 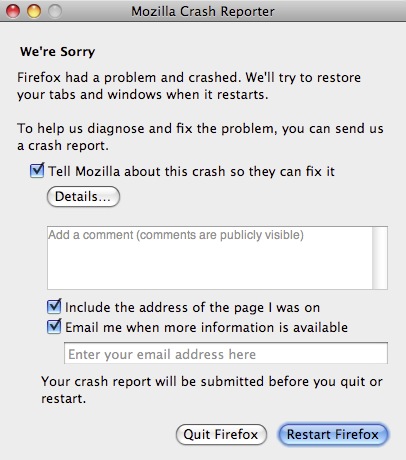 5. Mozilla: I like the fact that Mozilla is an non-profit organization with an aim to keep the net as open as possible in a time when net freedoms are under attack. Although I have nothing against them, I don’t like the idea of being locked into using Apple’s Safari or Google’s Chrome – I think both companies already have enough influence over my online time as it is!