With an interesting concept and the right following, almost any social app has the potential to be successful. The key is consistent and loyal users who see something interesting and run with it. While it seems like new social apps are always popping up, it’s unlikely that all of them can create a large or active enough network to keep going in the long run. Here, I’ll take a look at five iOS and Android apps that offer something unique, and might have the potential to make it big – as long as they can find and maintain their footing.

Povio for iOS and Android is a social app that shares your status updates in real-time via images. You can ping someone to see what they’re doing, meaning that when they get the notification and want to respond, they have a 3-second camera countdown to send you a picture of what they’re doing. 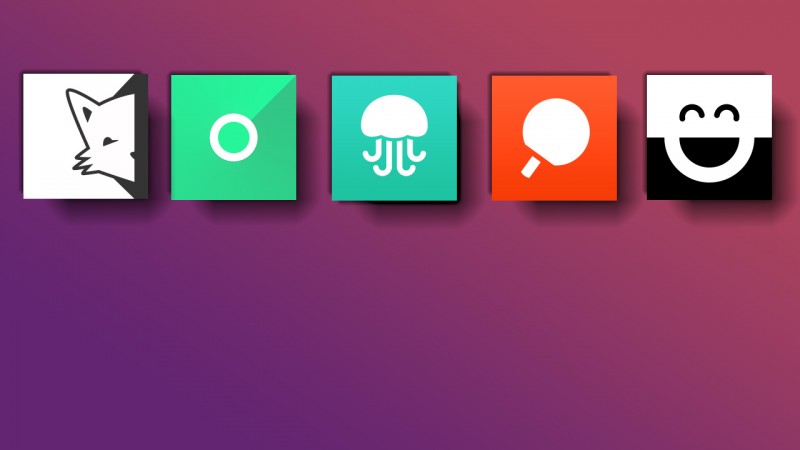 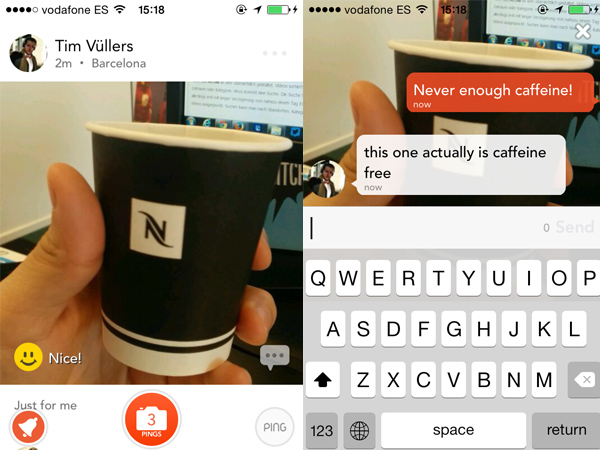 Pros: It’s the instant photo-sharing aspect of Snapchat, mixed with the photo timeline of Instagram. You can also connect with and find friends on the service using Facebook.

Cons: Three seconds is barely enough time to take a selfie, and I’m not convinced that having a first person POV conversation via photos is the best way to keep a conversation going.

Chance of success: Moderate
Sending instant images seems quite popular among teens, but with Snapchat offering a similar and more curated service, the novelty of Povio might wear off quickly. 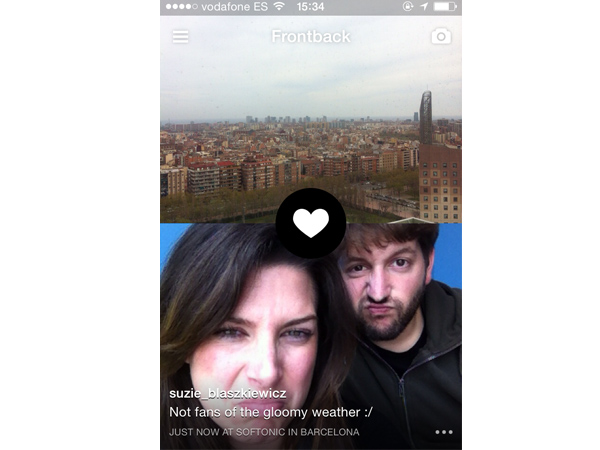 Pros: It’s a simple concept, and even if you don’t want to use the social network to post photos, you can save them to your camera roll without actually posting to Frontback.

Cons: If you don’t know anyone posting on the network, it’s nothing more than a tool for taking duel perspective photos. You’ll have a news feed with popular or recommended posts, but there won’t be any interaction with friends.

Chance of Success: High
Frontback is a simple concept and easy to use, and it’s already gotten some big exposure in CNN and The New York Times, as well as being one of Apple’s “Best New Apps.” Even if the network itself doesn’t get much use, the app is good for taking duel perspective photos that can be saved or shared on other social networks.

Jelly for iOS and Android is a social network of helpers. Connecting with both your Facebook and Twitter accounts, people linked to your network pose questions that you can answer, ranging from location–specific suggestions, to advice or tips about virtually anything. 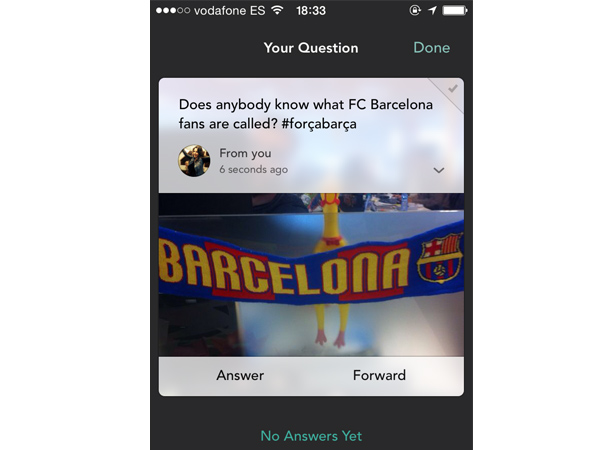 Pros: At least one degree of separation between Facebook or Twitter contacts means that you’re less likely to run out of friends to help, or be helped by.

Cons: There’s no option to filter questions by location, and because I have a ton of people in my network from around the world, a lot of location-specific questions are irrelevant.

Chance of success: Moderate
Jelly is a really interesting concept, and it doesn’t rely solely on your own network to make connections. The variety of topics and people that can help using Jelly is a huge advantage, and even if it’s not something you’re using to connect with friends, it’s still good as a consultation tool. 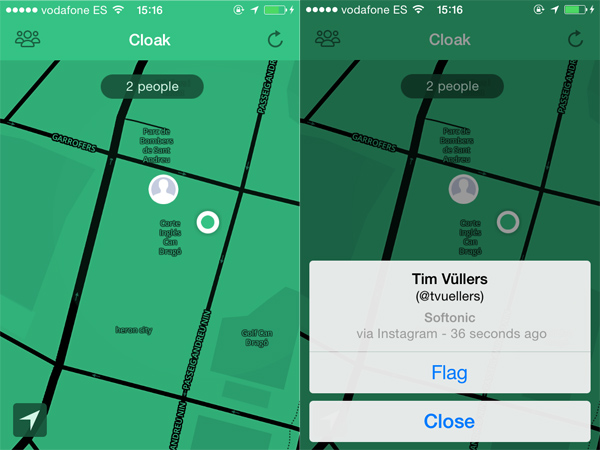 Pros: It’s useful not only if you’re trying to avoid someone, but also if you want to “accidentally” run into them.

Cons: It’s only integrated with Instagram and foursquare; Facebook integration would be a bigger advantage. Plus, you have to follow someone on Instagram or foursquare in order for them to show up on your map, and they have to have location permissions turned on.

Chance of Success: Low
It relies on your use of other, already established social sites to function, so it could kick off, but it’s more of a reference point than a way for interaction. Also, it’s unlikely that you have more than a small handful of people you want to avoid, so daily use of the app would probably be low.

Secret’s already gotten a lot of buzz in the tech world, where people are using it to expose dirty secrets about themselves (and their colleagues) without consequence. An anonymous service in the style of PostSecret, Secret lets you share secrets with people in your network (the app uses algorithms from your address book and other info to decide who sees your post). In return, you’ll get secrets from people in your network. Secrets grow exponentially, so if someone ‘likes’ your post, it’ll be shared with their network. The more likes it gets, the more people will see it. 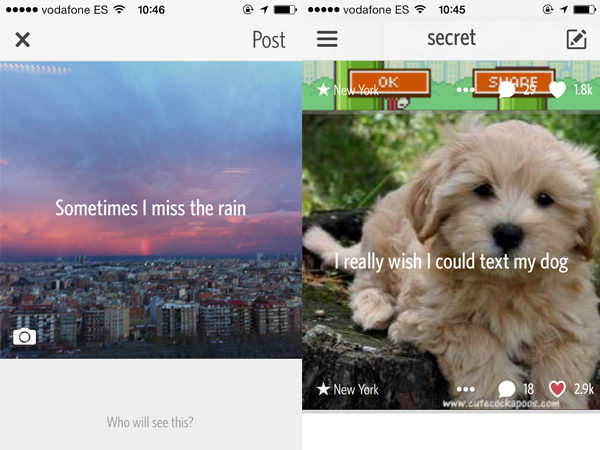 Pros: It’s anonymous and can be entertaining if you have a big, gossipy network with lots of secrets.

Cons: If you don’t know anyone using the app, your network will be small and you won’t get any secrets from people you know, only those which are most liked. It’s also more likely to work better in large metro areas where networks are bigger and there are more users, although its already been accused of bullying in situations where “secrets” are easy to decipher.

Chance of success: High
It’s only currently available in the US and on iOS, but it’s been talked about globally, and already has huge success in large metropolitan areas like San Francisco and New York. If nothing else, the hype alone will lead people to try it.

Success is less about creating new networks than it is about using existing ones to provide a new social service. The key to success seems to be consistent use. People must continuously interact with these apps for them to provide any value to users, and their unique features make it more or less likely that people will do that.

Whereas Povio and Cloak seem more like novelties, Jelly and Frontback have the potential to be more useful, or at least more likely to have consistent usage. Secret has already proven that it can be successful among a select group; we’ll see if the trend can translate to a bigger user-base with time.