Cell phone batteries have evolved so much in recent years. As a result, some helpful tips for extending battery life have become obsolete. Sometimes sticking with them may even end up being counterproductive. Below, I’ll go through some of these myths to reveal the truths hidden behind them.

This myth stopped being true ages ago. In the past, yes, if you left your battery charging for a long time, it could overheat and even explode in extreme cases. Hence the belief was born that it’s bad to recharge your cell phone all night long. 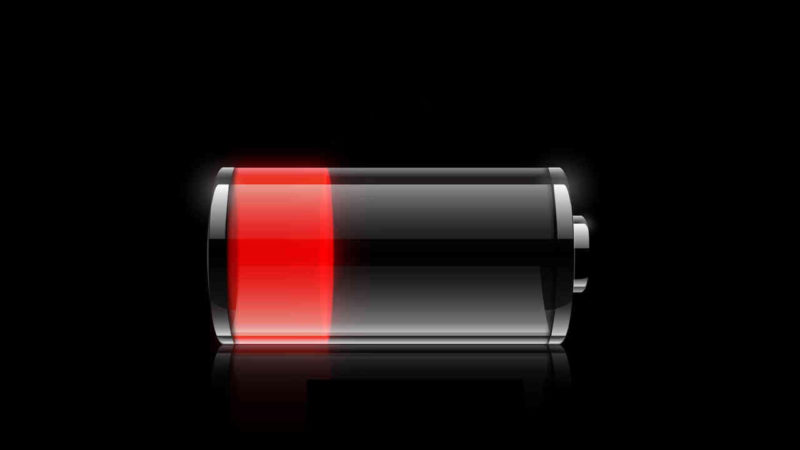 Could this happen today? No. Batteries and chargers are now prepared for any eventuality. And if you don’t believe me, here you’ve got a few statements from Andrew Goldberg, a tech writer at iFixit, a page about repairs.

“Contrary to what you might think (or have been told), leaving your phone or laptop plugged in all the time is not bad for its battery. That’s because your gadgets, the batteries in them, and the chargers you attach them to are actually pretty smart about the way they do business.”\

This seems to make sense. If we’ve got lots of apps open at the same time, it’s logical to think that if we close them, we’ll help our battery because we’re taking away its “workload.” If that works with our computers, it should work with cell phones, right?

If you leave an app open, it doesn’t do anything and it doesn’t use up resources. So if you close an app, you won’t save battery because there’s nothing to save. Exactly the opposite.

“By closing the app, you take the app out of the phone’s RAM,” explains technician Scotty Loveless. “While you think this may be what you want to do, it’s not. When you open that same app again the next time you need it, your device has to load it back into memory all over again. All of that loading and unloading puts more stress on your device than just leaving it alone. […] You are meant to be the user of your device, not the janitor.”

I don’t recommend using any task manager such as Advanced Task Killer. These apps were valuable in 2009, when cell phone Operating Systems didn’t know how to best manage activated apps, batteries… But we’re no longer in 2009. Your cell phone knows how to get by without you.

But wait! There’s something that quickly drains your cell phone battery: app features running in the background. This is especially a cause of concern with instant messaging apps and those that pester you with non-stop notifications.

The solution is simple: disable background features for apps.

MYTH 3: Use only official chargers for your cell phone

This myth was created by marketing teams. If you’re one of the few people who read cell phone manuals, I’m sure you’ve read the typical tip that “it’s HIGHLY RECOMMENDED that you only use our chargers for your cell phone.”

Surprise: they want you to buy their accessories. Any decent charger will do. As a rule of thumb, distrust cheap chargers. And if you’re hesitant about a manufacturer, look for information to find out if it’s trustworthy or not. If you read good reviews, then go ahead! Nothing will happen to your cell phone.

MYTH 4: Never use your cell phone while it’s charging

More than just a myth, this is an urban legend. You always hear people guaranteeing that if you use your cell phone while it charges, it will explode, catch fire or even electrocute you. But for now there’s no proof of this. Don’t worry. Use your cell phone. Nothing will happen to you.

MYTH 5: You should let your battery fully drain before charging it

This myth comes from the age of nickel-zinc batteries. These batteries “forgot” their maximum capacity if they weren’t fully run down. But with lithium-ion batteries, things have changed. If you start charging a battery when it’s at 60%, it knows that it’s at 60%, don’t worry.

However, many tech experts recommend that, from time to time, you let your battery fully drain to “calibrate it.” Battery life declines with age; with each charge capacity is reduced. If every two or three months, you let your cell phone run down to 0%, you’ll help the Operating System know exactly how much current capacity the battery has.

If you’re too lazy to do this calibration, keep in mind that modern batteries have their own digital calibration tool. If your cell phone is modern, you’ll only need to do a manual calibration when weird things start happening to your battery. For example, if you just finished charging it and suddenly its capacity drops to 20%.

To wrap up, don’t skip calibrations. Lithium-ion batteries don’t like being reduced to 0% of their capacity; it causes their battery life to become shorter at a faster rate.

MYTH 6: If you disable Bluetooth, Wi-Fi and Location services, you’ll save a ton of battery

Again, we encounter a myth that was accurate in the past. Previously, both Wi-Fi and Bluetooth used up lots of battery. But that doesn’t really happen anymore.

For Location services (Google Maps, for example), just make sure they’re activated when you open these apps, instead of using location data in the background. It’s constant use that could kill the lifetime of your battery prematurely.

Want real data about how little these three elements affect your battery? In 2013, the MacWorld portal tested how much time batteries gained by using Airplane Mode, which cuts off the use of Wi-Fi, Bluetooth, GPS and Location services. Only 30 more minutes were attained. That’s not a “ton” of time saved, don’t you agree?

MYTH 7: If you store your battery in a refrigerator, it will last longer

Putting your battery in a refrigerator isn’t just bad for the battery, it also may be super dangerous. Remember that a battery is always an amalgam of chemical products that store energy!