This Wednesday, January 30th, the new BlackBerry 10 operating system will be launched. Research in Motion (RIM), the company behind BlackBerry, is hoping the new OS will jump start the fortunes of the ailing platform to make up ground on Apple’s iOS and Google’s Android platforms.

We’ve been playing around with a test phone running a developer alpha version of BlackBerry 10, and reckon the new operating system is a big jump forward from the current BlackBerry 7 OS. It is more touch-friendly and the user experience feels more like iOS or Android.

It’s been almost 14 years since RIM’s first mobile operating system was launched and, as you’ll see if you quickly flick your scroll wheel down the page below, the metamorphosis of the OS in those years is a sight to behold.

Stay tuned for more news and information about the BlackBerry 10 OS this week.

The first operating system launched by RIM was actually on a pager rather than a smartphone. At this stage the OS already offered email, agenda, calendar and limited HTML access.

The second version of the BlackBerry OS was a big step forward from the first. The operating system was migrated from a two-way pager to PDA format and the capabilities of the platform were ramped up. The OS included email, web browser, agenda, calendar, notes and even games!

By 2000 the operating system had been upgraded for PDA devices. Source: Wikipedia

BlackBerry 3.x was the first version of the operating system to be used on board a phone. Features were very similar to the PDA version, though, notably, Java support was added for the first time 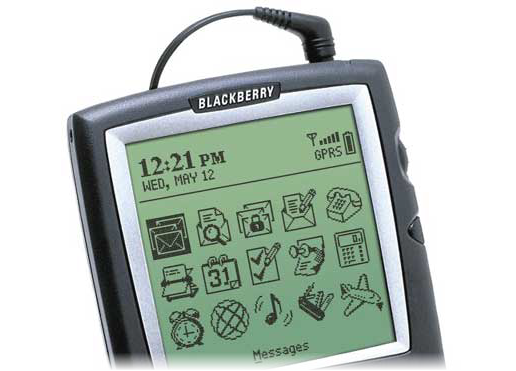 The later versions of BlackBerry 4.x had a much glossier design. Source: RIM

The launch of BlackBerry OS 5 coincided with the period of biggest expansion for BlackBerry. Its gain in popularity was in part thanks to improved mobile internet connectivity, and also through the launch of slicker hardware aesthetics, aimed at a younger generation of users.

BlackBerry OS 5 was also the first RIM operating system with support for touchscreen devices, which began to hit the market in 2008.

Some of the most popular BlackBerry models ever came with OS 5.x installed. Source: RIM

2010: The social revolution comes to BlackBerry

BlackBerry OS 7 is the version that today’s BlackBerry devices are armed with – at least until BlackBerry 10 rolls out. The new additions in respect to version 6 were: FM radio, a tool for creating WiFi hotspots, NFC support and updates to some native applications.

BlackBerry OS 7 is the current version of the operating system. Source: RIM

BlackBerry 10 will deliver a fresher, revamped UI, bringing wholesale changes made to the way users interact with their BlackBerry devices. It could be RIM’s last chance to stay in touch with the competition in the smartphone wars.

RIM hopes that BlackBerry 10 will shake up the smartphone world. Source: RIM

Do you think BlackBerry 10 can be a serious rival to Android and iOS?