A look back at the original Photoshop icons 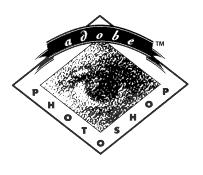 Not many people may know it but on February 19th, Photoshop celebrated its 18th birthday. Yes, that’s 18 years of constant improvements in what has been and remains the best image editing application to this day. From the release of PhotoShop 1.0 to the latest version of Photoshop CS3, the program has always lead in terms of simplicity, powerful editing tools and new imaging possibilities. In what is much more than a coincidence, Adobe shipped new versions of both Photoshop and Lightroom this very 19th of February.

If you’re a real Photoshop fan or if you’re just curious about the story of Adobe’s image editing suite you can read up all you want on it, via John Nack on Adobe, who has a great post roundup of various blogs counting the history of Photoshop, from the evolution in features to the changes in its design. For one, I actually learned that the original icon wasn’t the famous eye, which you see in versions 1 to 7, but actually a 1hour photoshop, where people used to drop off their film rolls to get prints. The new icon, a more formal ‘Ps’, is much more minimalistic but blends in well with the line of other Adobe programs, making them all look like a periodic table of the elements. True, the pictures from back in the 90s really look dated, but you can quickly see the same logic and construction in the application throughout the years, the sign of a well built and solid program.