All the new WhatsApp features from 2019

WhatsApp is the biggest smartphone messaging app on the planet with over 1.5 billion active users. Being free no doubt has a lot to do with WhatsApp’s massive popularity but there are a lot of cool features behind WhatsApp’s success too. The Facebook-owned app is constantly updating itself and adding new features that make it better than it used to be.

It can be hard keeping up with WhatsApp updates, however, which is why today we’re going to walk you through all the cool new features the app got in 2019. This is strictly about features that did land on the messaging platform in 2019, so we won’t be talking about features that still on the horizon like the much talked about dark mode or anything else that is still only in the beta version of WhatsApp.

All WhatsApp updates for Android and iPhone from 2019

At the beginning of 2019 iPhone WhatsApp users had the new Reply Privately feature added to their app. The new feature is a WhatsApp Group’s feature and allows users to privately respond to a message they received in a group chat. You can use Reply Privately by opening the settings menu for any group chat message and selecting the Reply Privately option. Doing so will open your private chat with the user and start with a quoted reply to the message in the group chat. The feature is now live for Android users too.

WhatsApp has been battling a fake news problem that has had some terrible repercussions around the world. One such fake news fighting measure introduced in 2019 was an updated Frequently Forwarded label that is now added to messages that have been forwarded more than five times. Another similar measure prevents users from forwarding messages to more than five users at any one time.

Another WhatsApp feature that came to iPhone first but is now available on Android devices too is fingerprint authentication. Users can now set WhatsApp to lock automatically and then only be opened again using an authorized fingerprint. Apple fans can also use Face ID to unlock their WhatsApp, if their iPhone has the feature.

Don’t touch this button on WhatsApp ►

What updates can we expect for WhatsApp? ►

WhatsApp also updated its Group Privacy Settings in 2019. The update is designed to give you more control over the groups you’re added to by allowing you control which of your contacts can add you to a group. To take advantage of this new feature you need to go Account, then Privacy, and then Groups. Here you’ll find the My Contacts Except… below Everyone and My Contacts. Using this new option will allow you to block contacts you have saved on your phone from adding you to new group chats.

This is a small update, but it is one that makes hands free use much easier. When you receive multiple voice notes consecutively in a single chat WhatsApp will automatically play them one after the other. You won’t have to tap the play button every time one note finishes, and you want to move onto the next one.

2019 was the year we learned about Facebook’s grand plan to merge Facebook, WhatsApp, and Instagram. Each will remain its own separate app offering its own separate experience, but it’ll be much easier for users of each app to communicate with each other across them. The first major step in this direction, which we saw in 2019 was the ability for users to share their WhatsApp Status Updates to their Facebook Stories. Now, whenever a WhatsApp user posts a Status Update a new button will appear under the Status tab, which gives the option to share the update to Facebook. It really is a brave new world. 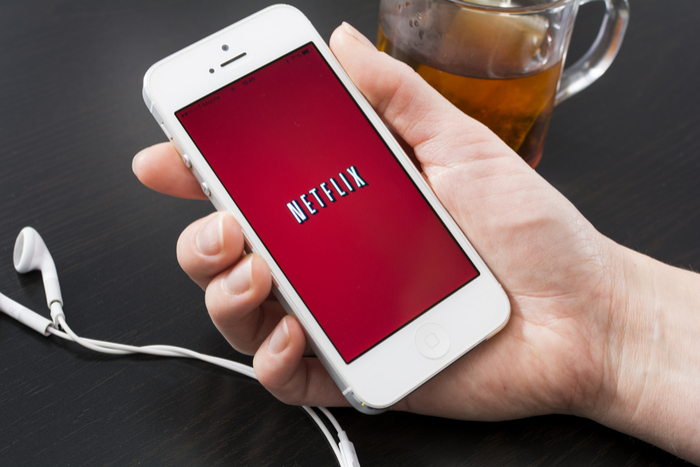 WhatsApp users on iOS have a handy new feature that allows them to watch Netflix trailers from right there in the chat window. When they receive a compatible Netflix link in a WhatsApp message and click on it, the video will start playing in a large thumbnail window like it does whenever you click on a YouTube link. Unfortunately, for Android users, this feature isn’t live on Android and there is no indication that it will roll out any time soon. 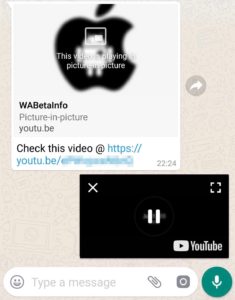 The official name for the video thumbnail outlined above is WhatsApp’s Picture-in-Picture mode, commonly referred to as PiP. When PiP was first launched on Android it was limited to single chats. If you received a compatible video link in a chat, you could click it and then view the video while you continued chatting away. If you left that chat, however, your PiP video would disappear. In 2019, WhatsApp updated this feature and you can now switch between different chats while continuing to watch your PiP video. The feature also landed on WhatsApp Web and desktop in 2019 too. As always, however, the feature has been live for iOS for quite some time already.

Group Chats on Android now has a new button that makes it very easy to launch a group call. When you click the icon, which is found in the top-right corner of the chat you’ll see a new pop-up window appear, which allows you to choose the participants of the group call. You can then select up to three participants and decide whether it will be a group video call or a group voice call. This feature is also available for iOS users too.

As we started out by saying, WhatsApp is a constantly evolving messaging app, even if it feels like it never really changes. With the core feature simply being a way to contact your friends and family it can be easy to miss the new updates if you’re happily chatting away in the same way you always have. We’ve outlined above all the biggest changes to come to the main app in 2019 and avoided WhatsApp beta. There were other smaller updates too, but as long as you know about the features we’ve outlined above you’ll be up to speed with all the important features.