Twitter probably didn’t expect this when they launched Sponsored Tweets. An angry British Airways customer paid for a sponsored tweet to complain about its customer service, after his father’s luggage was lost.

Hassan Syed, the man in question was furious about the lost luggage and what he saw as poor customer service. After getting no response to his questions from BA customer support, he decided to start a discussion, and pay $1000 for a sponsored tweet. Sponsored tweets were introduced in 2010 to allow companies to to promote their messages with Twitter users 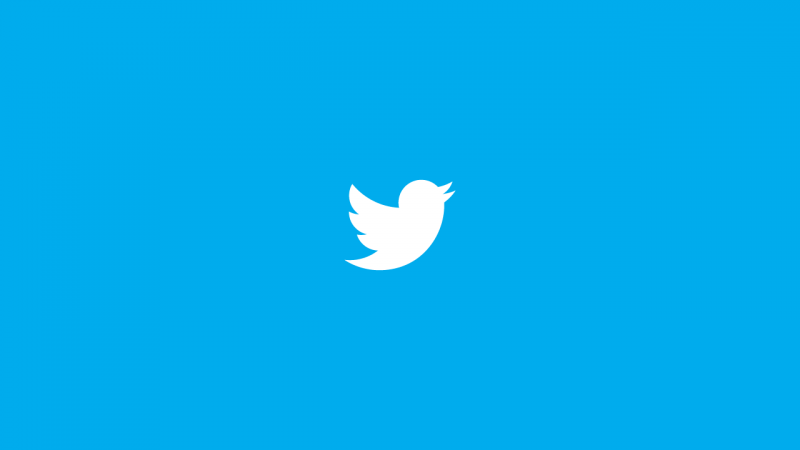 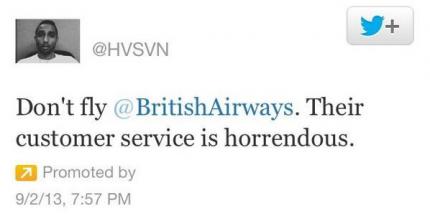 Syed’s sponsored tweet allowed him to reach 76,800 users, enough to get the attention of the world’s press. Unfortunately, British Airways did not have anyone on social media duty until hours later, and replied eight hours after Syed’s tweet. Syed himself pointed out that when you have a 24 hour a day business, nine to five social media support isn’t really good enough. 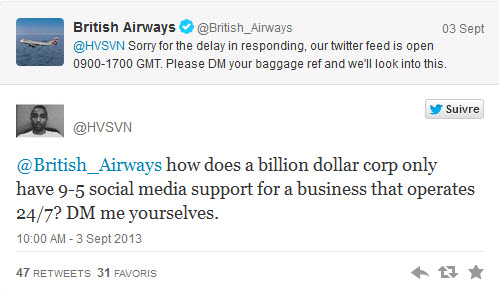