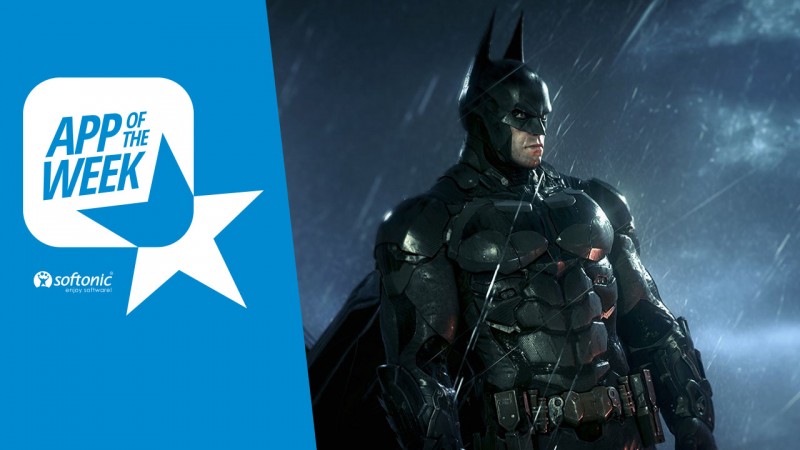 Our App of the Week this week lets you become the brooding hero of a crime filled city. Donning the mantel of the bat, Batman: Arkham Knight lets you step into the heavily armored bat-boots of Gotham’s greatest hero.

This is developer Rocksteady’s final entry in their Arkham trilogy. It brings an appropriately dark end to the events of the franchise, with Batman having to face his failings while he deals with famous DC super-villains.

If you have played the previous Arkham installments you will know the three gameplay pillars that made this series so popular, all of which return here – exploration, stealth, and vicious combat.

However, the latest game adds a forth element to this mix – the iconic Batmobile. This super-car/tank hybrid has two forms, car and battle, and lets you switch both at the press of a button. Like the rest of the game, this gives you lots of versatility to deal with situations however you choose to.

To ensure that Batman: Arkham Knight is unmissable, it looks sensational – especially if you your PC is beefy enough to turn up all of the graphics settings.

It is the perfect end to one of the most consistently stunning game series of recent years.

Please note, some players have reported issues with the game on PC. We experienced no problems during our testing, but please check the official Warner Bros. blog for updates.

App of the Week: Google Photos

App of the Week: Tysdo