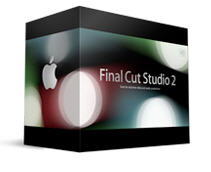 With Apple’s senior manager of PR Anuj Nayar announcing that Apple would not take part in this year’s National Association of Broadcaster’s (NAB) Show, the world’s largest broadcast media show, many started to wonder if that meant Apple would draw back from its pro apps. The decision was explained, “Apple is participating in fewer trade shows this year,” said Anuj Nayar, senior manager of PR at Apple. “Often there are better ways to reach our customers. The increasing popularity of our retail stores and Apple.com Web site allows us to directly reach more than 100 million customers around the world in innovative new ways.”

As TUAW also do well to point out, Apple took more than a year to release their new version of Final Cut Server, which came out only this April. Apple’s Pro range includes a dozen applications, of which the Aperture image editor, the Final Cut video editing tool and Logic Studio for music creation are still highly popular. To calm all rumors, Apple have pointed out how successful their line of professional video software is, with Final Cut Pro now past more than one million paid licenses.

I don’t believe Apple would sell off their Pro apps, especially when you know that an application like Final Cut is becoming the preferred choice of movie makers in Hollywood. What I do believe though, is that Apple probably looks to focus more on the mass market and I actually expect them to make their Pro applications attractive to everyone, not just professionals. This seems to be the reason why they are refocusing on the Apple website, which is the best way for them to reach mass market.

Roblox YouTuber Permanently Banned from the Platform by US Courts