Steve Wozniak and Mat Honan, writer for Wired, sat down today at Apps World North America in San Francisco to talk about innovation in app development. Companies are looking more and more to differentiate their products via their app ecosystems and features rather than amazing new hardware. Sure a phone that has a 5GHz processor is impressive, but will that really help make the phone more useful? Honan and the audience probed Wozniak’s mind for answers during this fireside chat. Here’s what he had to say. 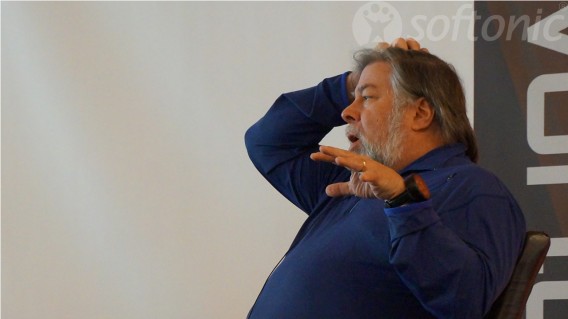 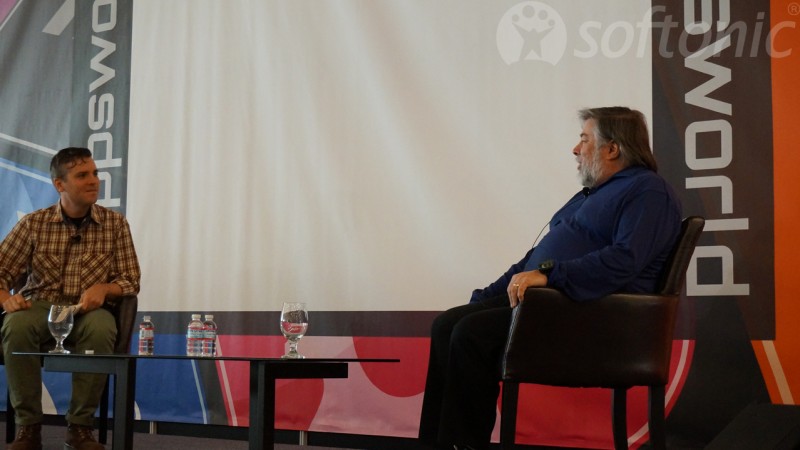 As the co-founder of Apple, many were curious about Wozniak’s view of Apple as an innovator. “I think Apple takes a long time to get a product right. They will come out with one consistent vision of a product and market it that way.” Wozniak used Samsung’s Galaxy line of phones an example of cramming in a ton of features while not really innovating. “People don’t choose their phones because of features any more.” 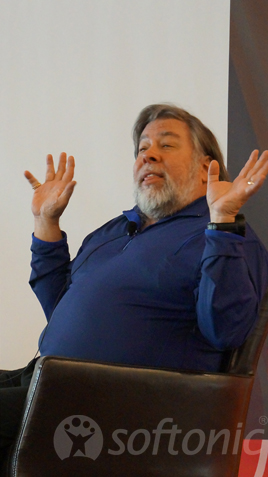 He also reflected on what drove him to innovate and to program the operating systems for the Apple I and II. “Where I see innovation coming from is inside yourself. I had two forms of motivation: one, because I had no money, I had to do things affordably. Two, I tricked myself into innovating by doing something for personal reasons.” He provided an anecdote about how he forced himself to develop a feature into the Apple II so that he would be invited to Las Vegas for the Consumer Electronics Show to show it off. His motivation was to see Las Vegas since he had never been to the city before.

“The question is if wearables are one more step in the right direction or are they just a distraction.”

With millions of apps in the App Store and Google Play, developers are having a difficult time getting noticed in all the noise. One way to get noticed, according to Wozniak, is to create apps for emerging technologies like wearables and smart appliances. “I think everything in our homes will be connected but we need a common language and standards to get them to communicate with each other,” said Wozniak. As for wearables like Samsung’s Galaxy Gear and Google Glass, Woz is not convinced. “The question is if wearables are one more step in the right direction or are they just a distraction.”

“If we don’t understand the brain, how can we make a computer with one?”

Where Wozniak does see the industry going is towards more artificially intelligent operating systems and apps. “I want to be able to speak naturally and have computers act more like humans. When voice recognition doesn’t understand me, I still get frustrated,” he said. Computers are becoming more and more like humans but Wozniak is not worried about the ‘singularity’ (a theoretical future event in which artificial intelligence surpasses human abilities) nor does he think we’ll be able to have truly human-like artificial intelligence until we have a better understanding of how the brain works. “If we don’t understand the brain, how can we make a computer with one?”

“They have become the judge, jury, and executioner.”

While Wozniak is optimistic about the future of technology, he also is wary of government interference and the lack of accountability. The NSA”s widespread spying program worries Wozniak as it is a violation of the Constitution. “The NSA is violating the Constitution without creating any new amendments. They have become the judge, jury, and executioner. We should have more protection for law abiding individuals.”

“I think [BlackBerry] had a chance if they went with Android.” 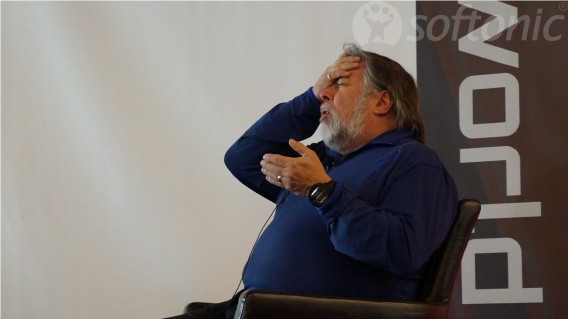 Lastly, Wozniak answered a question from the audience about whether BlackBerry still has a chance to be competitive. “BlackBerry is sad for me. Their phones used to be the best but it’s probably too late now. I think they had a chance if they went with Android,” said Wozniak.