While Mark Zuckerberg and Elon Musk are having a debate about the distant future and whether AI will destroy humanity or not, let us take a look at the years in front of us and what we can expect from AI in the near future.

There is no doubt that the year 2017 has been the year of AI, there has been plenty of talk about it and it is expanding rapidly. We can thank video games for this because AI was mostly used by game developers. The most primitive AI example are the goombas that attack Super Mario by moving on a coded trajectory or the game of Pong on the old Atari console. Fast forward to the present and we now have machine learning, a thing that allows AI to observe, record and learn. 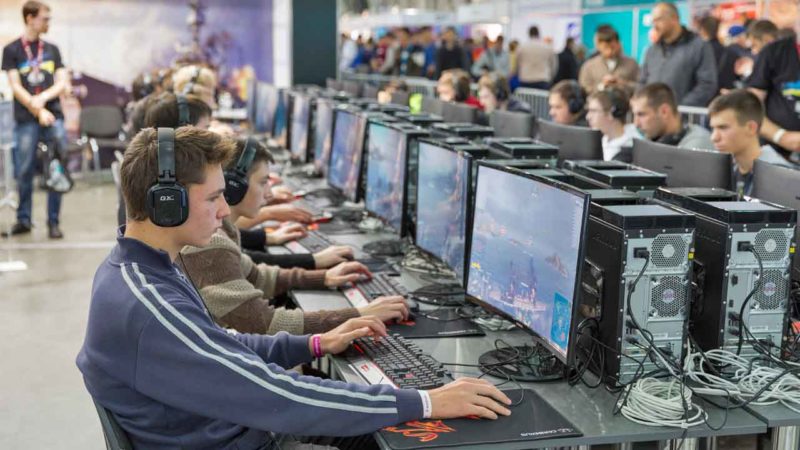 The first big breakthrough in Machine Learning was definitely Microsoft’s project – the Tay bot. It was released on March 23, 2016, via Twitter and caused controversy in just a few hours. Tay was watching what other people were talking about online but we all know what kind of stuff is posted on the internet. In no time at all, Tay started posting racist tweets, stated that Bush did 9/11 and in the end Tay had to be taken down just 16 hours after release. Tay was not a failure, she just wasn’t prepared for the internet.

Now let’s talk games. As I said before, AI is an essential part of gaming and the better it gets the more great games we will have. During the Dota 2 world championship, Elon Must put his Open AI to the test. Open AI observed the moves and tactics of pro players and ended up beating a lot of them in 1v1 games. What does it all mean? It means we will have more intelligent opponents in our games in the near future and multiplayer games won’t require an actual human anymore.

Imagine this, you go online, end up in a lobby with 3 -4 strangers, have a friendly conversation and play some games. After a few hours, one of them tells you that it’s actually an AI and you have been talking to machines this whole time. Just as Google’s AI defeated a team of pro GO players, it can also learn to behave like a human and talk like one. This can also be implemented by combining AI and machine learning, showing them footage of human behavior and using what they learned from NPC’s in games. But what’s in it for the game developers?

Automatic level and character creation are might be a bit too much to expect but according to some sources, we are heading in that direction. The aim of this is to enable developers to focus on other things other than modeling and customising levels. That is the most time-consuming part and just imagine if they had a program that could do all the work for them. More time could be invested on other aspects of the development process that could improve the gaming experience even further. Of course, we can’t expect to simply wave magic word and let the AI do all the work but simple commands may soon start to replace actual coding. This could then enable people with no coding skills to create their own models and even their own games.

AI will definitely be the engine that pushes gaming even further with AI-based game design. AI based characters will not merely resemble intelligence, but will, actually be intelligent and that is what we are all aiming for. As for the Musk vs Zuckerberg debate… I’m on Musk’s side.