As the launch of version 7 of  avast! antivirus comes closer, the developer has released a fully-

functional beta version for you to try, test, consider and assess!

The stand-out new features? Well, apart from the usual makeover, avast! adds FileRep (a feature which checks out and rates your files), streamed updates, remote assistance and an application market.

Yep, you read it right! avast! has jumped on the app bandwagon and will be offering various services designed to protect your PC, like avast! Backup and updates for other avast! products.

The best installer in its class. Period.

One of the first things we look at when reviewing an anti-virus is the installer. Is it easy to use? Does it detect conflicts? Does it have advanced options? Well, avast! 7’s installer left us amazed, not just because of its attractive design, but also because of its flexible, sensible installation options.

Another thing that impressed us is avast!’s offer of a compatible installation – in other words, the ability to use the app as your second or third line of defense. In terms of resources, it’s not something we recommend, but if you are one of the few who can or like to use more than one antivirus, avast! makes it easy.

As usual, we tried the custom and standard install. All the options you see give you a good idea of just how complete the program is, from the nine real-time shields to available languages and optional features. The question marks show you which options are available only in the paid version. 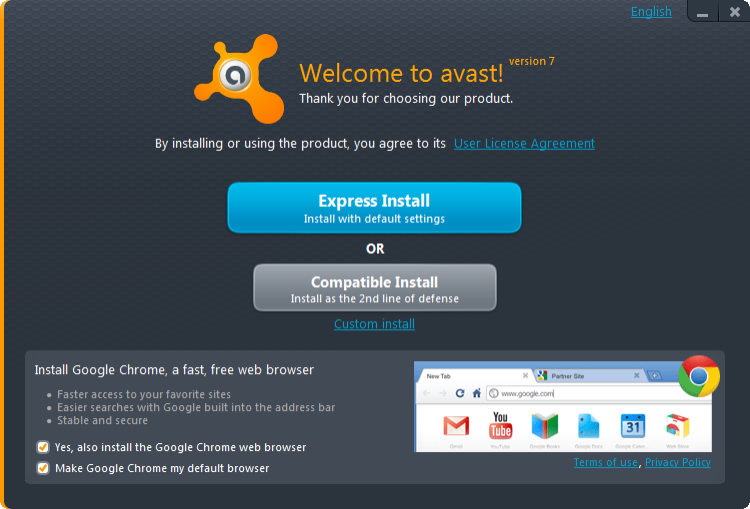 We all know that you can’t judge a book by its cover, but it wouldn’t be fair to leave out the fact that avast! 7 is quite a looker!

Did you notice the main improvement? Right, it’s the new skin! avast! has left behind it’s smooth interface for a more rugged look, and it really suits. The developers have placed maximum focus on the animations and icon quality and, without exaggerating, it makes some other antiviruses out there look like real gargoyles!

avast! 7’s options have reached an impressive level of detail. You can specify everything, from how many seconds a notification displays for, to what sounds it makes and how the notification actually looks. Our colleagues over at the Spanish OnSoftware blog did complain that they couldn’t record their own alert sounds, but we’ll leave it to you to decide if that’s a degree of geekery too far!

An antivirus alone isn’t going to solve all your computer problems. Sometimes configuration errors, conflicting programs and false positives all conspire to make your – or a friend’s – life complicated. Maybe that’s why avast! decided to include a simple remote access system in the newest version of the app.

For it to work, both users (the one who needs help and the one providing it) need to have avast! 7 installed on their PC. The user who needs help opens a window to generate a random connection code and – this is important – doesn’t close it until the other user has connected.

The connecting user must paste in the connection code, and remote view will appear after a few seconds. The only way of viewing the remote computer is in full screen, and bear in mind that the remote assistance feature has no other options – you can’t transfer files, for example.

Although that seems limited when you compare to apps like TeamViewer or LogMeIn Hamachi, these are both dedicated remote access apps, while avast! is “just” a free antivirus. When you bear that in mind, we think it’s an ambitious feature and a pretty nice gesture! 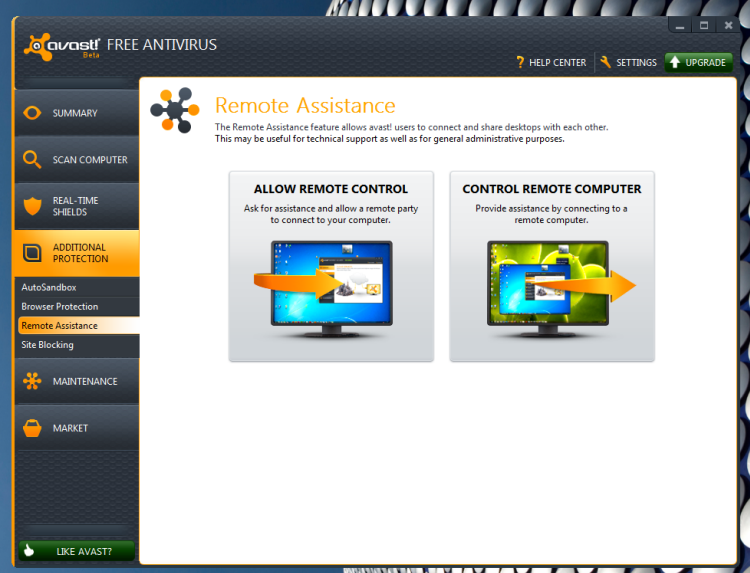 In any major update, we can expect new features as well as the obligatory performance updates, and avast! 7 hasn’t let us down. For a start, there’s streamed updates, a feature once exclusive to apps like Panda Cloud and Immunet.

To all practical effects, these continual updates complement the traditional method of updaing, rather than replacing it. They require a constant internet connection, but this allows them to protect your PC from “zero day” infections (previously unknown ones). avast! hasn’t told us as much about FileRep, only to say that it’s a cloud service that provides information about files’ security “reputation”.

Avast 7’s other big news is the arrival of a Market. This service will allow you to purchase things like Internet Security updates, the avast! Rescue Disc, password manager EasyPas, and the excellent backup app avast! Backup. Simple and practical, it sounds like a good deal for users. 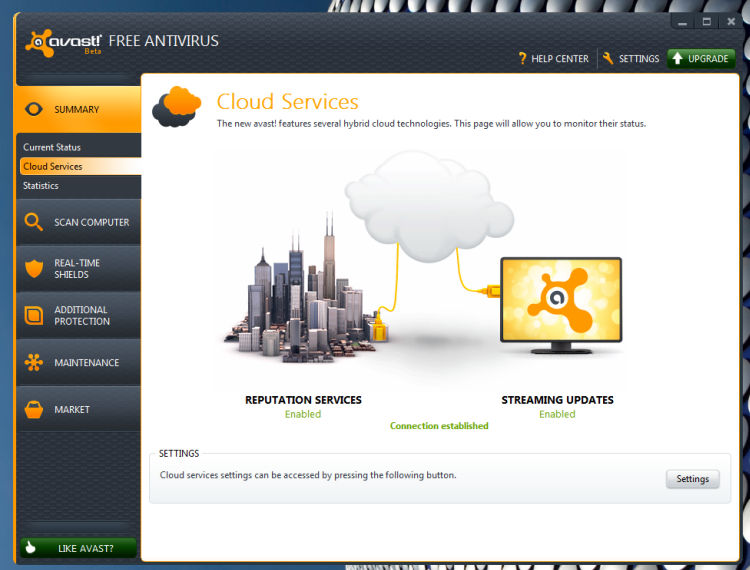 What about you? Have you tried avast! Beta 7 yet? What do you think?