Badland is coming to consoles after being released on Android and iOS almost two years ago. The game was named iPad game of the year in 2013 by Apple. This spring, console players can finally play this ridiculously difficult platformer.

The good news is that Badland: Game of the Year Edition won’t be a simple port of the mobile. Instead, developer Frogmind has completely recreated the game with new levels and controls designed for gamepads. 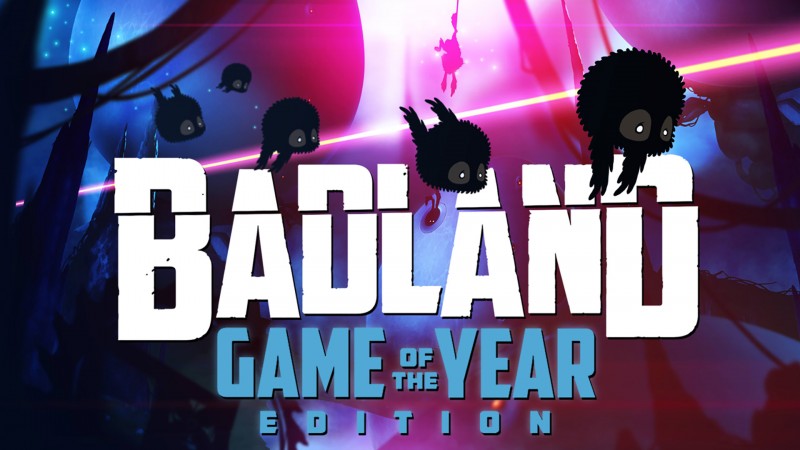 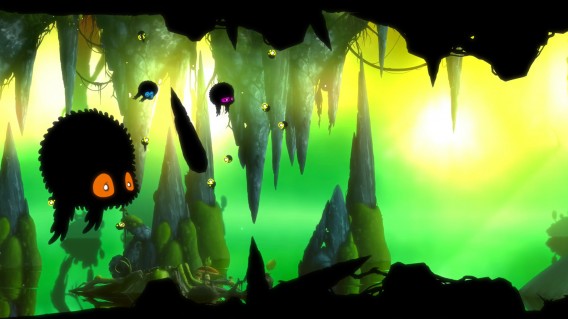 We got a chance to play Badland: Game of the Year Edition during GDC 2015 and came away impressed. If you haven’t played Badland yet, the Game of the Year edition will be the one to get. The game centers around as mysterious creatures that fly around in the forest. Your objective is to get past obstacles and solve puzzles to get to the end of the level. Badland forces you to keep moving as you’ll die if your characters move off screen. Levels will change from day to night, getting progressively harder as night falls. 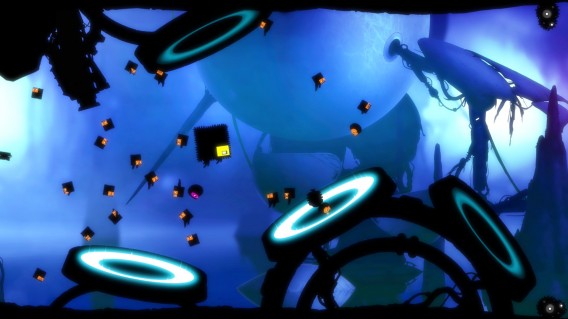 New for the Game of the Year Edition are the inclusion of over 100 new co-op levels, a funky worm mode, and up to four player local co-op. Co-op turned out to be ridiculously fun. You and your friends can work through each of the unique co-op levels to see who gets the most points. Some co-op levels require teamwork to get to the end of a level while multiplayer deathmatches will pit players against one another to see who can survive the longest. Expect a lot of swearing when playing the latter. 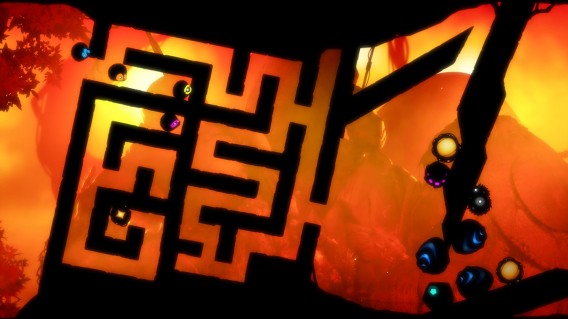 While the original Badland is challenging, it pales in comparison to the Game of the Year Edition. Frogmind CEO Johannes Vuorinen let us play a few “doomsday” levels, which are some of the hardest in the game. You’ll have to rely on memorization and quick reflexes to get past these levels.

Vuorinen laughed as editor Chris Park struggled with one level, dying repeatedly. “We think console gamers are more hardcore so they’re going to enjoy this level of difficulty,” says Vuorinen. 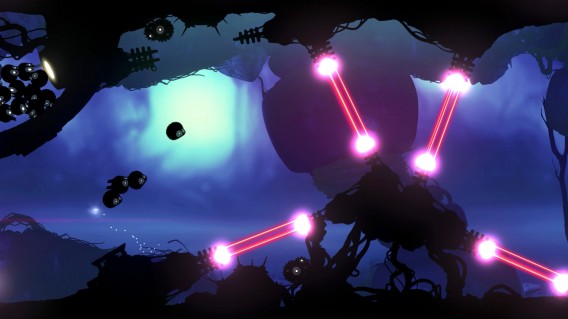 Badland: Game of the Year Edition is due out in spring 2015 on PlayStation 3, PlayStation 4, PlayStation Vita, Xbox One, Wii U, and Steam (PC / Mac / Linux). Sorry, Xbox 360 owners. The game is finished awaiting certification for consoles before launch. There’s no word on pricing yet but Frogmind says, “It won’t be $50!”