BBM continues to play catch-up with other messenger apps by introducing stickers in a limited beta. The stickers are available in the BBM Shop, and offer “bolder, more beautiful images” than emoticons. Stickers come in packs of 20-25 and feature themes like CosCat, Gilbert’s Tales, Bubble Bot, and more. BlackBerry also teases movie and television themed stickers with more information coming later.

BBM joins LINE, Kakaotalk, Viber, Tango, Facebook Messenger, and others in offering stickers. Some messaging apps even feature animated stickers to help better convey emotion. Apps like LINE was one of the first messaging apps to include free and paid sticker packs, custom themes, and in-app games. All of these additional features helped LINE’s revenue grow by 1500% last year. 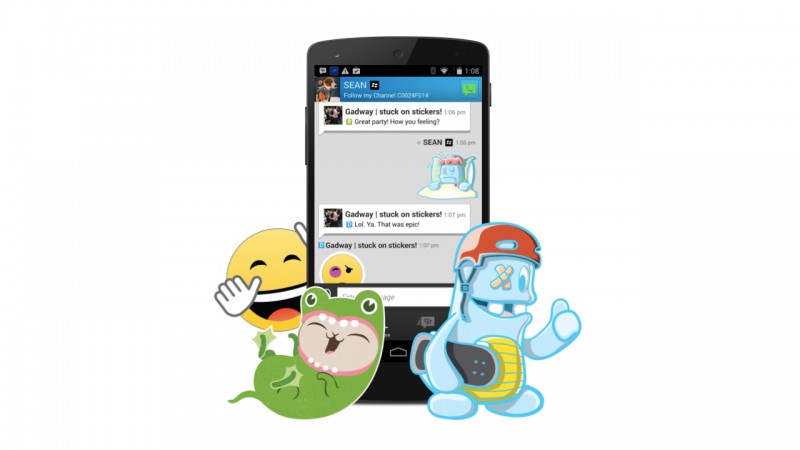 Just a week ago, BlackBerry updated its BBM apps with free voice calling, Channels, and location sharing. Now with stickers, BBM has caught up to the competition in terms of features but the company still hasn’t given users any must-have features. How BlackBerry intends to get people to use BBM remains to be seen. With Facebook’s pending purchase of WhatsApp, BBM has a huge messaging behemoth to slay.