Kanye Quest 3030 is a bizarre fan made role playing game, about ‘Kanye West, hip-hop, life The BasedGod and the Future’.

Follow Kanye as he gets transported to the year 3030, and has to battle Tupac, Jay Z, Snoop Lion, Ice Cube, Dr. Dre, and Eminem clones, who are under the control of an evil dictator (The BasedGod Lil B!). The battles see you taking on these hip hop legends by dissing them, bragging and using your amazing production skills to win. 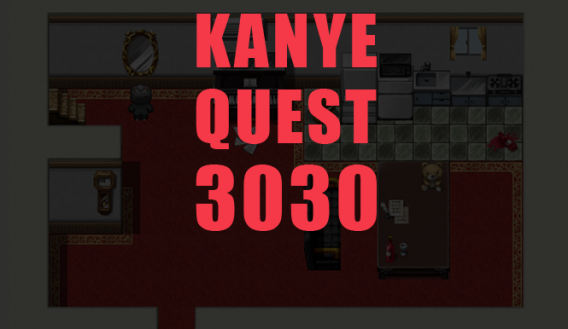 Kanye Quest 3030 uses the Windows only RPG Maker VX Ace Run Time Package, and you need to download and install that first, before you can play the game. Kanye Quest 3030’s creator Phenix says because it was made in RPG Maker, it won’t be possible to port it to other platforms like iOS or Android.

Rockstar Games is shelving remastering and focusing on GTA 6