Pokémon Let’s Go: Pikachu and Eevee has been out for a little while now, yet with the holidays last month, many gamers are just starting their newest Pokémon adventure. Let’s Go is like no other Pokémon game has ever been before, and this means that whether you are new to the series or a veteran player, you have a lot to learn about. The game acts as a cross between Pokémon Go and Pokémon’s core series, creating a rather unique hybrid. This guide covers everything from beginner tips to Alolan trade locations. You can find anything you need to know about this unique game right here. 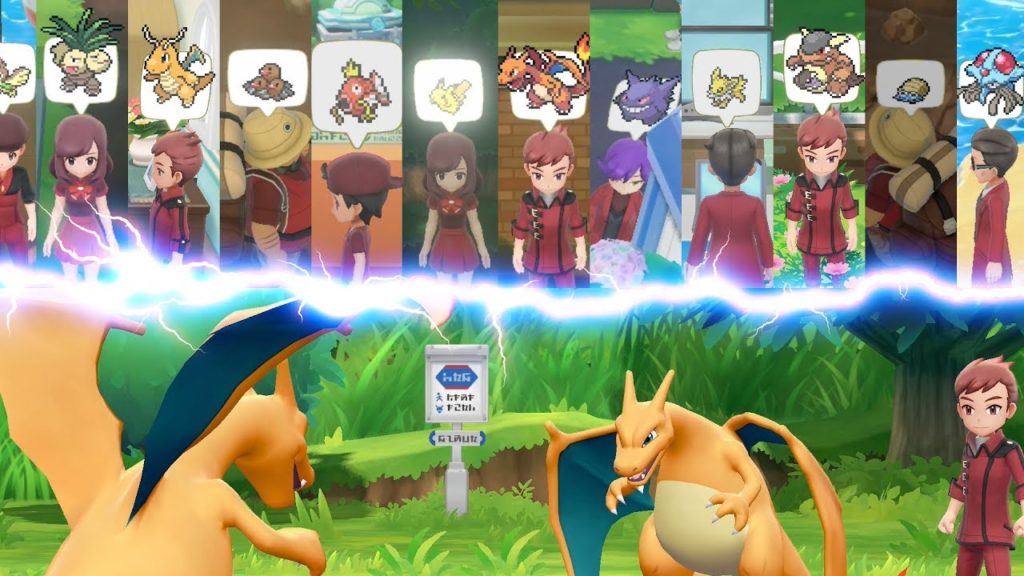 Even if you’ve never played a typical Pokémon game, you are probably familiar with the formula it goes by. You travel around batting and catching a variety of Pokémon. In that sense, Let’s Go is very similar to its predecessors. It’s technically a remake of Yellow, so it follows a similar story and gameplay to that game. Yet, there are key differences between Let’s Go and other Pokémon games that can make it a bit confusing at first.

Catching: The first and most obvious difference between Let’s Go and other core series Pokémon games is how you catch Pokémon. Unlike any other game in the series, you can see Pokémon on the overworld. This lets you avoid unnecessary encounters, while also giving you the opportunity to choose which Pokémon you want to encounter.

Once you’re facing one of these Pokémon, the catching sequence follows a similar mechanic to Pokémon Go. You can give the Pokémon berries to make them easier to catch, and you have to throw a Poké Ball at them. The trick is to try and have the Poké Ball land within the inner circle, while the inner circle is at its smallest. This will optimize your catching experience.

Storage: Other than Let’s Go, each core series Pokémon game features a PC box where you store your excess Pokémon. These boxes were typically only accessible in Pokémon Centers. Let’s Go changes this formula by having your Pokémon storage with you at all times. This means you can switch out your Pokémon whenever you are outside of battle. While this storage system gets full more easily than the box system, you are able to release weaker Pokémon in exchange for special stat-increasing candy.

HMs: While recent Pokémon games have removed HMs in place of alternative means of travel, Let’s Go is the first to have your starter exclusively use these traveling moves. Without taking up one of its precious move slots, and without needing to be in your party, your starter is able to learn a few special techniques that will allow you to do everything that HMs were used for (such as surfing and cutting trees down).

Stats and Candy: Stats work essentially the same way they always have. However, you are now able to see a Pokémon’s Combat Power (CP). This essentially tells you the power difference between two Pokémon of the same level, as one may have better stats than the other. Additionally, this game has introduced candy, similar to Pokémon Go, that will increase specific Pokémon stats. There is a limit to the amount you can use, but it is pretty high, so feel free to maximize the power of your Pokémon.

Abilities: This game features no Pokémon abilities at all.

Limited list of Pokémon: Unlike other Pokémon games, you’re unable to use any Pokémon outside of generation 1 (excluding Meltan, which is exclusive to this game). However, all generation 1 Mega evolutions do appear in this game, and you are able to obtain Alolan versions of gen 1 Pokémon, so there is more variety than you’d originally expect.

Since you’re unable to evolve your starter, it may be tempting to scrap them for a more powerful Pokémon. However, the game has given each of them unique moves as incentive for you to keep them on your team. Many fans scoffed at the names of these moves in the trailers, however, they are each powerful and useful in their own right. If you choose to use your starter than be sure to include these on your Pokémon (locations for each tutor will be listed below):

You’ll notice if you press the + button on a Pokemon in the party, they will follow you around. Well, certain Pokémon will let you ride on them instead. There are three categories for the speed of these rideable Pokémon, Fast, Moderate, and Slow. Moderate Pokémon have the same speed as your trainer’s walking animation, while Fast and Slow Pokémon vary in relation to that speed. Here are all the rideable Pokémon, their speed, and earliest place they can be caught:

Note: Only certain Pokémon are faster to get from Go, since you can’t access the Go Park until you reach Fuschia City, halfway through the game.

If you’ve played Pokémon Go or Sun/Moon, then you are probably familiar with Alolan forms. These are gen 1 Pokémon that have been altered by Alolas climate, giving them unique typing and abilities. You’re able to infinitely trade your Pokémon for their Alolan forms at select locations. These trades are completely random, and can even yield a shiny! Here is the location for each one (listed in order of how soon you can obtain them):

Let’s Go has frequently been described as a more casual experience for gamers than previous Pokémon games have been. And while the game holds your hand a lot more than older Pokémon games, Master Trainers are the challenge that elite gamers have been waiting for.

Each Pokémon has a Master Trainer associated with them, most of which you are able to battle. These trainers will challenge you to a one on one battle, where both players can only use their featured Pokémon. So when battling the Rapidash Master Trainer, you and your opponent can only use a single Rapidash. Each Master Trainer’s Pokémon is around level 75, and features a moveset specifically designed to take out themselves, since you’re forced to use the same Pokémon. For example, that same Rapidash knows Drill Run, which will be super effective towards your Rapidash.

By beating these Master Trainers, you will receive a special title. If you defeat the Rapidash trainer, then you will receive the title Rapidash Master. If you receive six or more titles, then you are given the chance to battle Red, with a full team of powerful Pokémon. These challenges are truly great for testing your skills as a trainer.

Also, for the Master Trainers who won’t ask you to battle, such as the Ditto trainer, you simply have to show them a powerful Pokémon of this species. For example, that Ditto Master will ask to see a 4000+ CP Ditto in exchange for the title.

It can be a little confusing when you’re trying to connect your Go account to your Let’s Go game, so we’ve created an easy step by step guide on how to connect to your accounts, making the process much easier. This is an important step to do, as it is the only want to obtain certain Pokémon. You’ll also be able to receive some rewards in both games by connecting them.