Samsung’s newest flagship phone, the Galaxy S6, is a definite improvement over past Galaxy S phones. Discarding the plastic of the past, the Galaxy S6 is made of metal and glass. The phone now has a premium feel, something Samsung fans have been waiting for.

If you’ve ever dropped a Samsung phone before, the phone was prone to exploding. The removable plastic back would separate and the removable battery would fly out. With the new design the Galaxy S6 doesn’t have a removable back cover or microSD slot anymore, but offers three storage options (32/64/128 GB) so space shouldn’t be a problem. 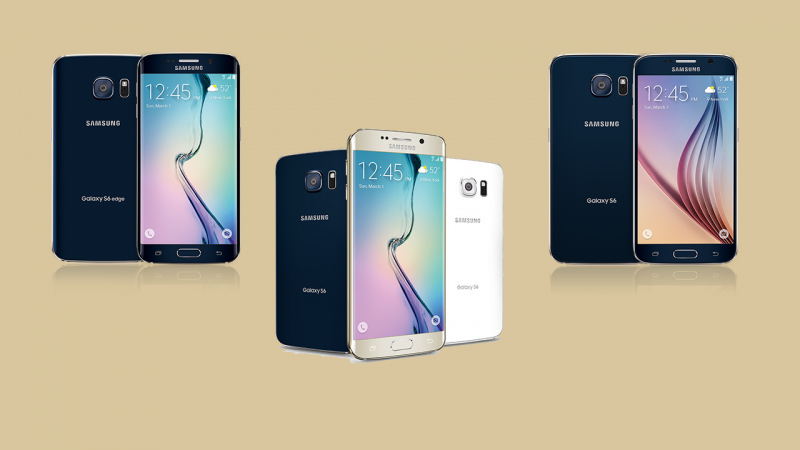 Samsung uses its own user interface called TouchWiz, a customized version of the Android OS. The S6 will ship with Android 5.0.2 Lollipop making it one version behind the latest Android 5.1 release. There are minimal changes between 5.0.2 and 5.1 so you’re not missing too much.

Even though the Samsung Galaxy S6 is an amazing phone, it will slow down over time. This is because the more you use your phone, more data is stored making your phone work harder. Take a look at these apps designed to extend your phone’s life that Samsung didn’t decide to include.

The S6 will come with Facebook preinstalled and a link to download WhatsApp. Samsung will include Microsoft OneDrive, OneNote, and Skype. Since it’s an Android phone, the regular suite of Google apps like Gmail, YouTube, Google Play Music, and Google Play Store are already installed. Samsung also has its own app store called Galaxy Apps. This apps store is curated by Samsung and is separate from Google Play.

Besides these pre-installed apps, what are the best apps to download to your brand new Samsung Galaxy S6? There are a lot of great apps to expand the usability of your phone so check out this list for apps that are perfect for the Samsung Galaxy S6. 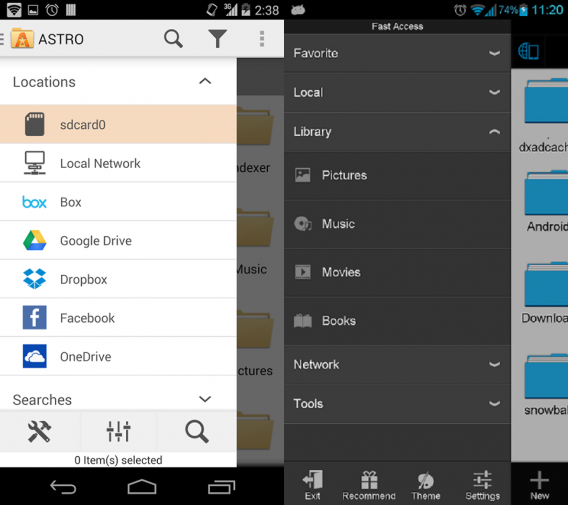 Did you know you can create folders on your phone and Android will recognize files in different apps? The best way to manage files is with a file manager. Astro File Manager and ES File Explorer are both amazing Android file managers. Both apps can manage files, copy/paste to different directories, backup apps, and connect to cloud storage like Google Drive and Dropbox. One positive for ES File Manager is that you can create or extract ZIP and RAR files and use a USB on-the-go (OTG) drive to copy files onto your device. 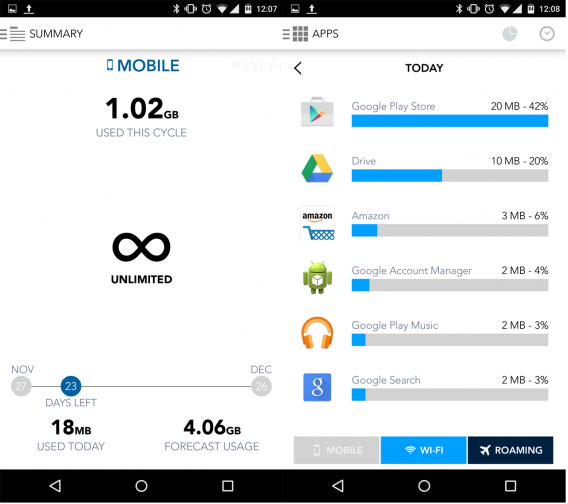 There are a lot of different cell phone plans and some of them have data limits. To make sure you don’t max out your data in the first couple weeks, it’s good to monitor your usage. Android has its own data monitor, but it’s not always accurate. My Data Manager tracks all data used by your phone. You can set up the billing cycle to track how much data is used each month. My Data Manager can also set warnings for too much data use to remind you to throttle back until next month. 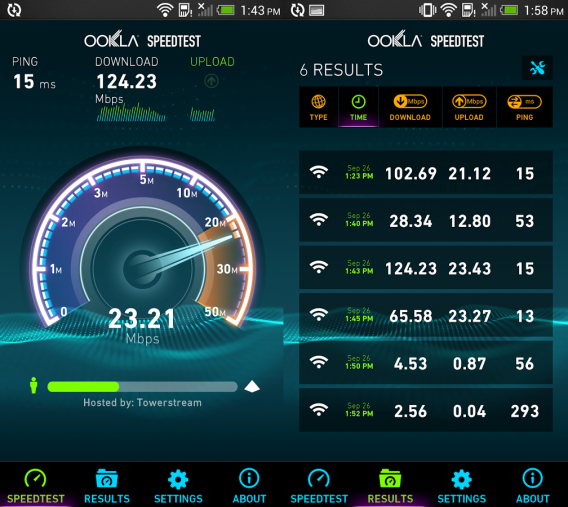 Wireless carriers promise fast data connections. A good way to check is with Speedtest.net. It’s an app that connects to different servers and tests download and upload speeds. If you think you’re phone isn’t loading apps fast enough, try a test. You may find that you’re in an area with poor reception. You can also run Speedtest.net on your Wi-Fi network to test your router. 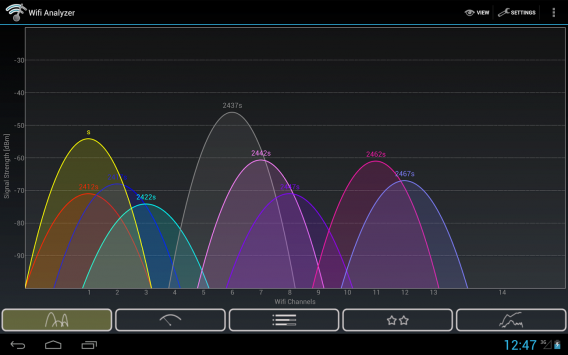 Any time you’re connected to Wi-Fi, you should expect a good connection. Depending on the wireless standard and interference, Wi-Fi speeds can vary a lot. But one thing you might not consider is signal strength. Even though you might be connected to Wireless AC, the current strongest standard, if your router can’t push the signal, you’re going to see slow speeds. WiFi Analyzer reports the signal strength of your connection. It’s an useful tool in homes to see if there are dead spots or if you need to get a wireless extender or new router. 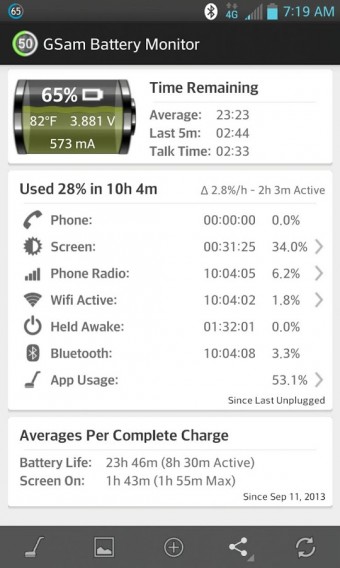 There are a lot of reasons why a smartphone devours its battery. Android includes a battery monitor, but it doesn’t have in-depth information. GSM Battery Monitor is an app that monitors your device and tracks how different apps and services deplete your battery. It will find apps that use a lot of battery in the background. GSM Battery Monitor is a great tool to monitor your phone to extend the life of your battery. 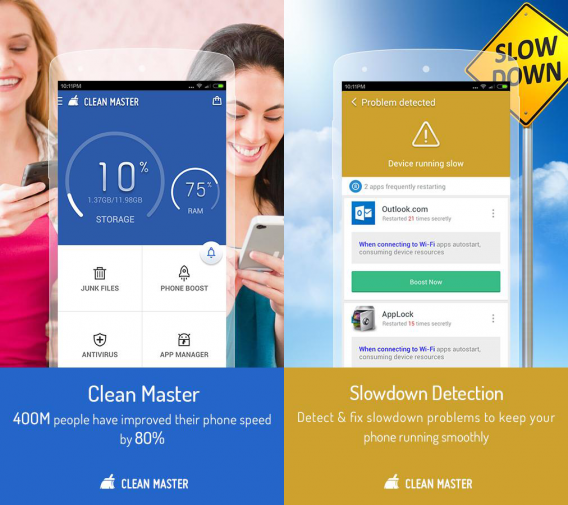 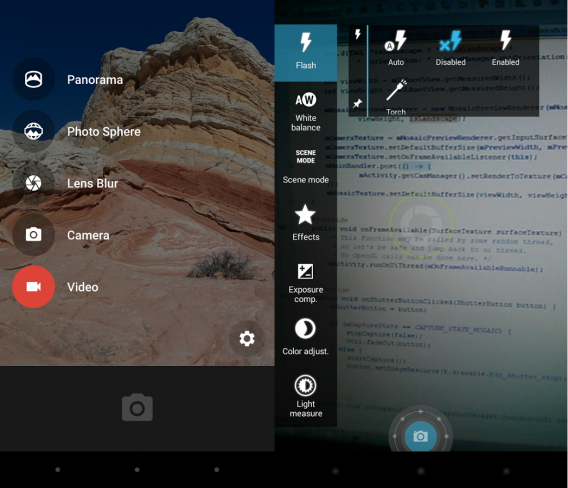 Google Camera is the stock camera app for Nexus devices. It’s also a great camera app with a HDR setting, 4K video recording, panoramas, and photospheres. If you don’t like Samsung’s camera app, give Google Camera a try. According to Softonic’s Android camera shootout, Focal is the best Google Camera alternative. “Its ability to take quick action shots, low-light images, and natural looking stills with nice coloring” helped it win our camera shootout. 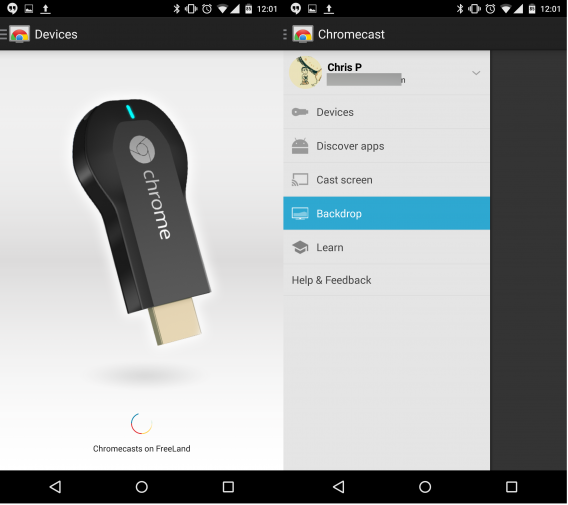 Google’s $35 media streaming dongle is one of the best and cheapest options to stream on your TV. The device supports apps like YouTube, Netflix, HBO GO, Google Play Music, Plex, and Twitch. You can also cast your screen to the TV for apps that aren’t directly supported. The Chromecast app also has a deals section that lists some great deals from supported apps. 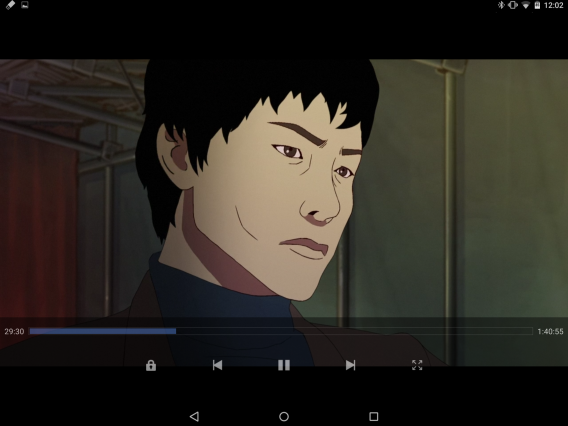 Samsung includes its own video player, but it’s a basic player without many additional options. MX Player and VLC are two of the best media players available on Android. Both support videos with subtitles and can import SRT text files for softsubbed videos. You may be buying videos from Google Play, but anytime you want to play local files, these video players are your best options. 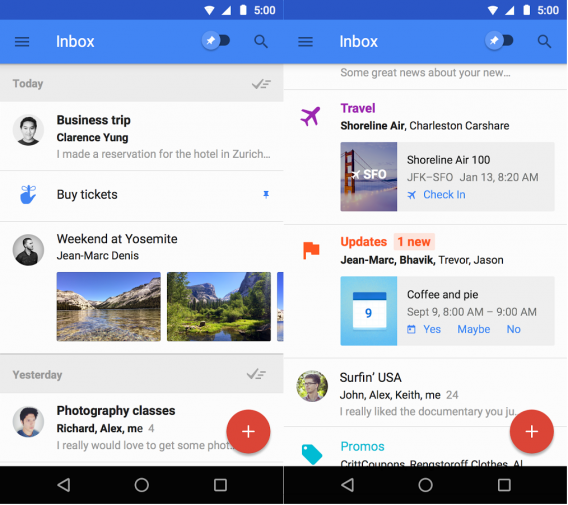 Instead of having to sift through a big list of email, Inbox sorts your mail into different categories. Obviously those deal emails aren’t important enough for your inbox and banking emails could always be sorted together. Instead of deleting emails, you swipe right to be “done” with that email, which archives the message in case you need it later. You can also create reminders directly in Inbox without needing another app. 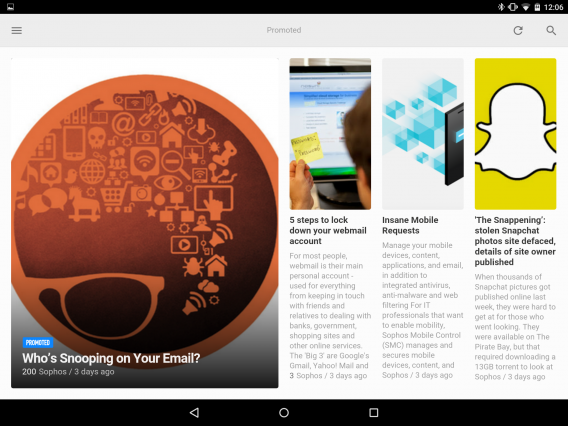 Catching up on individual websites can take a long time. RSS feeds solve this problem, but finding a good reader takes time. feedly is a great RSS reader that lets you categorize different topics and save them to read later. If you only want to read one topic, use the sidebar and select it. feedly pro has more options, but if you only read your favorite sites, there’s no reason to pay. 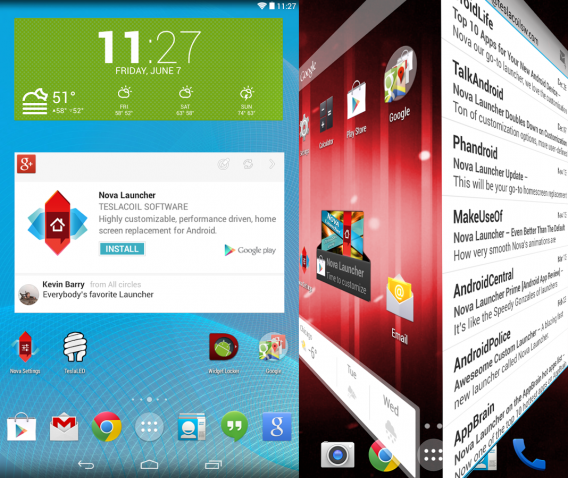 TouchWiz isn’t for everyone. Samsung’s user interface looks a little dated with giant icons and widgets. If you want something more customizable, try Nova Launcher. Nova Launcher is a launcher replacement for any Android device. Instead of using TouchWiz, Nova Launcher will replace your homescreens and app launcher. You can customize the appearance of your homescreens with options like icon size and transitions. If you’re looking for even more customization, download new icon packs to change how app icons look on your S6. Nova Launcher is free, but paying for the app unlocks more features. 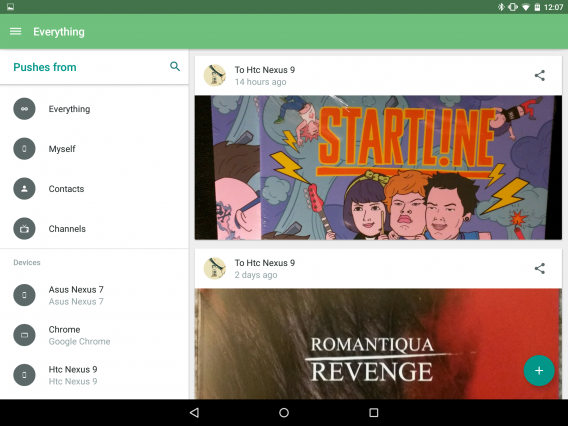 Even though the Galaxy S6 comes with NFC, it’s still difficult to transfer files from one device to another. You could email or upload a file to online storage, but that process gets really annoying. Pushbullet can connect to any device with the app like PC, iOS, and Android. It supports texts, links, and files and can also connect to your desktop and push notifications from your phone. You can also respond to text messages on your computer using Pushbullet. 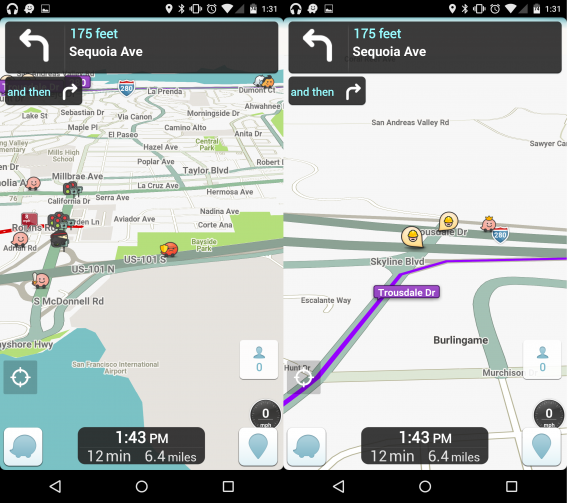 If you need general navigation information, Google Maps is great. But when you want to know current traffic conditions, Waze is the best app to use. Its crowdsourced information supplies current information like congestion or delays. It also suggests new routes quickly to pass by a huge delay. Other information that Waze includes is police sightings, traffic lights, and accidents that are all sourced from other Waze users. 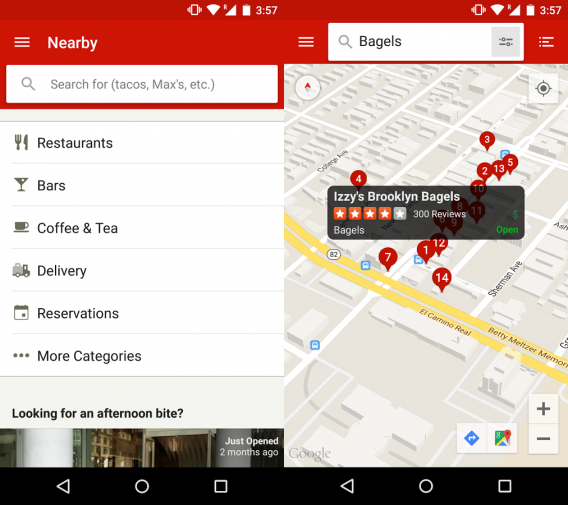 If you ever need restaurant recommendations, Yelp is still one of the best apps to use. It’s easy to find restaurants around you and read reviews telling you if the place is worth visiting. You can refine searches by price, type of food, and whether restaurants are currently open. Anytime you’re looking for a place to eat on a trip, Yelp is the best place to search first.

This only a small selection of apps you will need for your new Samsung Galaxy S6. Keeping your phone running at top speed is important and the maintenance apps will keep everything running smooth. Android 5.0.2 Lollipop is already a fast operating system, but TouchWiz has a tendency to slow down quickly. These apps will help keeps the S6 running at top speed and help solve other problems you might encounter.

How to use Android 5.0 Lollipop