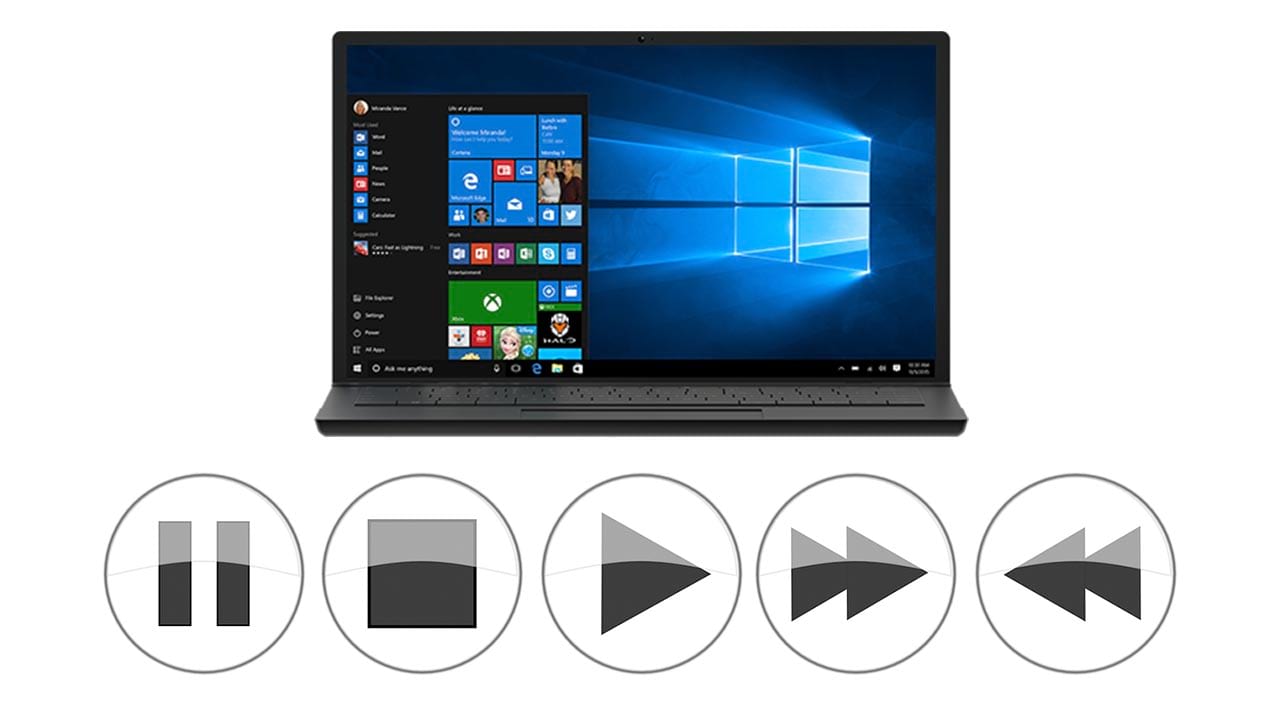 Windows 10 is a fantastic operating system. Microsoft has done very well creating a stable and secure OS that is both easy to use and quick. Traditionally, however, there has always been one element at least where Microsoft has fallen short with Windows and Windows 10 is no exception. We are of course talking about the media player that Microsoft bundles along with Windows PCs.

What used to be called Windows Media Player is still there but now you also have the app called Movies & TV too. The problem, however, is that even the newer app struggles with lesser known video codecs and file types. If you only have the default media players installed on Windows, you’ll no doubt come up against certain types of media that you won’t be able to play. This is why today we’re going to walk you through all the best free media players you can download on Windows 10.

This is, without doubt, the big daddy when it comes to free media players for Windows. VLC Media Player has been around for years, on almost every version of Windows, and has always been able to comfortably deal with 99.9% of all file types, codecs, and video formats you’re likely to find on the internet. It is the ultimate open-source video player. If VLC can’t play a video file, then there is a good chance it is either encrypted or corrupted.

VLC Media Player goes well beyond merely playing your media files too. It comes with a plethora of other useful media features including recording videos using your PC’s webcam, audio playlists, and even converting videos from one file type to another. The cross-platform VLC player also works on Apple Mac OS too. Click here to find out five of VLC Media Player’s best hidden features.

You could say that 5KPlayer is a bit like the Spinal Tap of the media player world. As a video standard, 5K doesn’t actually mean anything, it is just one more than 4K. Yep, it’s 4K turned up to 11. This, however, isn’t to say that this app isn’t a very well featured media player that has a lot to offer both the average Windows user and the media player power user looking for all the latest features.

Key features include seamless wireless streaming via AirPlay and DLNA. Another fantastic feature not to be overlooked is the ability to play lossless FLAC audio among other file formats. So often we look for media players to play video, but it is important to also consider that we now live in an age that offers lossless audio quality for anybody who seeks it. Another cool feature is the ability to download videos from the likes of YouTube and other online video streaming services. The final key feature to consider, which also highlights the fact that 5KPlayer receives continuous support and updates is that it can now play 8K videos and even 360 videos without breaking a sweat.

I’ve had many laptops and PCs throughout the years and all of them have always had at least two extra media players installed on them. The first was always VLC and the second was always Media
Player Classic. Both give me that nostalgic feeling you get when you see something that was deeply ingrained in the person you were growing up.

As an alternative to VLC, Media Player Classic offers a snappy, quick, and lite experience. It isn’t intrusive on your viewing experience at all. It simply has all the codecs it needs to play almost any type of video. The only problem, however, is that back in 2006 development and support ceased for Media Player Classic and the version I grew up with became Media Player Classic Home Cinema. This itself then stopped receiving support in 2017. Fortunately, however, it is still functional and safe to use and is definitely worth checking out.

If you’re intrigued by the lack of intrusion offered by Media Player Classic, you’ll love MPV because it offers the cleanest interfaces of all the media players on our list. When you launch a video in MPV that is all you will see. There’ll be no control panel, no play buttons, no volume control, no taskbars, no nothing. Just the video you want to see as if you were watching live on TV or even at the cinema. It is all there though, it just hides by default and only shows up when you move the mouse.

If you’re after a simple way to view your media that doesn’t offer any menus or complicated customization options, then MPV is the media player for you.

PotPlayer offers the antithesis to MPV. It has a lot of complicated menus and so puts plenty of customization power right there at your fingertips. You can download and customize PotPlayer skins to make your version unique against all others. PotPlayer also offers hardware acceleration features meaning you can give your videos a boost if your machine is rocking a graphics card. Other cool features include the ability to work with TV receivers meaning you can use PotPlayer to turn your PC into your TV. Despite all of the cool features PotPlayer offers, however, it is still a lightweight program and so won’t put too much strain on your PC.

If you’re looking to really dig in and spend time getting your media player working just the way you want it to, then you should download PotPlayer and give it a try.

So, there you have five excellent media players. Between them, you’ll be able to play all video and music file types. You also have a choice between simple and unobtrusive media players and more advanced fully customizable offerings. What we’ve not featured in our list though, is music players that concentrate solely on audio files or media center type apps like Plex or Kodi. We do understand the value of such apps we just don’t think they fit in this list. If you’d like us to recommend some excellent media center apps, let us know in the comments.