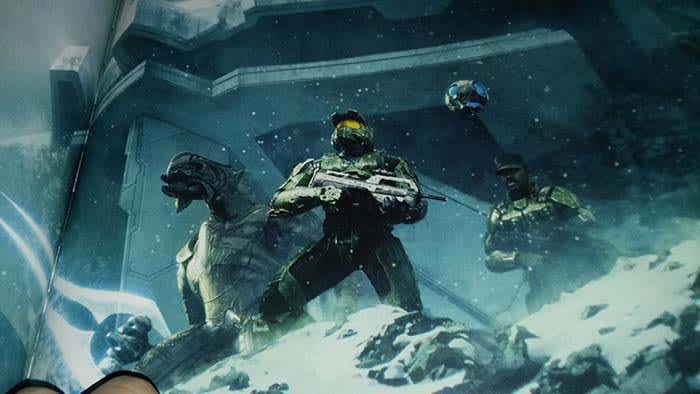 The science fiction genre has been around for hundreds of years, and for good reason. Sci-fi lets us take a peek at what might be, showing us visions of hundreds of possible futures… some hopeful, and some bleak. Sci-fi lets us explore far off worlds, encounter colorful new creatures and species, and at the same time lets us take a look back at ourselves through a unique lens. Sci-fi games are no exception and have left an indelible mark on gamers everywhere. Here’s our roundup of the top 10 most definitive sci-fi video games.

10 best sci-fi games of all time

For this list, we had to draw a hard line between fantasy games and science fiction games. Although you might not consider it to be one, the Mega Man games are technically sci-fi games. Sci-games are games where the setting is only made possible by advancements in science, technology, or major social and environmental changes.

Though sci-fi is known for letting players experience unique perspectives, Portal took that rather literally. This puzzle game has players taking control of a test subject, Chell, in a mysterious scientific facility. She’s tasked with using futuristic portal-gun technology to navigate a variety of increasingly difficult testing chambers.

Portal is a totally unique puzzle game that will have players looking at the world in entirely different ways and provides some truly mind-blowing and sometimes head-scratching scenarios.

It’s also loaded with Valve game developer’s trademark dry sense of humor and more than a few colorful characters, all of which combines to make this sci-fi puzzle game truly stand out from the crowd.

To call Starcraft a worldwide phenomenon might be an understatement. It is the definitive RTS game. Since arriving on the scene several decades ago, Starcraft has endured with a loyal following of competitive and casual players across the globe.

The real-time strategy game allows players to take control of one of several factions and duke it out for battlefield supremacy. Starcraft has since become a staple of professional gaming leagues and inspires an almost disturbing level of fanaticism among fans.

Some sessions will last for hours or even days at a time, and some players have even died while playing. The game is so wildly popular that even UC Berkeley offered a class on it. It’s incredibly addictive and incredibly fun, and players that give the game a shot will soon find that out for themselves.

Prey is a spiritual successor to the iconic sci-fi classic System Shock and has been given a modern makeover. Players take control of a scientist aboard the orbiting Talos space station after things have gone out of control. Unfortunately, the space station has suffered an alien invasion. A sinister alien species has slaughtered most of the station’s inhabitants, and it’s up to the player to stop the threat.

Like its cousin, Bioshock, Prey sports a stunning retro-futuristic aesthetic, and players will use a combination of both conventional weapons and supernatural powers to combat the alien threat. You can call it a sci-fi game or you can call it a horror game. We call it “fun.”

In the future, corporations hold almost unchecked power, and humans are able to be augmented to near godlike status with various cybernetic components. Of course, this makes for some ridiculously fun and creative combat scenarios, but the RPG elements are what sets Deus Ex apart from the pack. The player will have to make some choices that have serious repercussions. Throw in tense, twisting plots worthy of any best-selling thriller novel, and it soon becomes apparent why Deus Ex has endured for more than 20 years.

The second game, however, is where the series really shines. Freeman is transported into the future, where an alien government known as the Combine has taken over Earth. The Earth is barren and looks like the end result of a nuclear war.

Freeman is forced to fight through a variety of dystopian settings to liberate humanity. Half-Life effortlessly blends solid combat with platforming and puzzle-solving to create an endlessly replayable experience. Though fans are still waiting (perhaps forever) for the much-anticipated conclusion to the series, the other entries are still well worth playing.

EVE Online is perhaps the best definition of the term “massive multiplayer online game.” EVE is a world in and of itself, with a living, breathing in-depth economy and player base. The game regularly breaks records and makes headlines.

For example, “The Bloodbath of B-R5RB” lasted for almost 21 hours and involved tens of thousands of players. It was also one of the most expensive battles in gaming history, measured in the real-world dollars that were lost in the battle. In fact, EVE is so significant that it’s been featured at the Museum of Modern Art in New York City. Though there are microtransactions (and plenty of them) players can still enter this vast world of political espionage, massive battles, and hypercapitalism for free.

Some argue that Knights of the Old Republic is the definitive Star Wars game, and it’s easy to see why. The game acts as a prequel to the movies, letting players explore the galaxy as it was when the Jedi and Sith were at the height of their powers.

It’s an incredibly in-depth RPG, allowing players to follow their character from young Padawan all the way to a full-fledged Jedi Knight. The world and characters are utterly immersive, and the game also features a stellar soundtrack by Jeremy Soule, who some gamers may know as the musician behind the sounds of Skyrim. KOTOR isn’t just a great sci-fi game or a great Star Wars game, it’s perhaps one of the best games of all time.

Star Wars: Knights of the Old Republic movie in the works

When the term “survival horror” is uttered, the Dead Space franchise is probably the first thing that comes to mind.

Though many look to the stars and see possibilities for hope and exploration, others look at that vast expanse and wonder what horrors might lurk in the inky blackness. The Dead Space series answers that question.

As engineer Isaac Clarke, players are tasked with investigating a distress call from the USG Ishimura, a massive planetary mining vessel. What follows is a living nightmare, as twisted alien creatures known as Necromorphs have turned the ship into a vision of true horror.

As Isaac, players will use a variety of engineering and maintenance tools as weapons to try to stay alive. Though the combat and scares are both top-tier, the game’s setting can be easy to overlook. In-game technology is sleek and creative, from the actual in-game holographic pause menus to the interfaces on doors to the health bar on Isaac’s armor. The rich lore that lurks in the background only serves to heighten the terror.

Halo is the definitive sci-fi first-person shooter. Players take on the role of super-soldier Master Chief as he fends off an invasion at the hands of hostile aliens. It may sound like a derivative plot, but it’s done to perfection, and it’s hard not to get wrapped up in Master Chief’s story.

The gameplay is a gold standard for the genre, blending staple weapons like pistols and rifles with more… creative weapons such as the Needler and iconic Energy Sword.

Single-player aside, the multiplayer is a recipe for endless hours of fun, whether experienced online or on the couch with friends. Players can even look outside the games for even more content, such as popular Halo machinimas like Rooster Teeth’s classic web series Red vs. Blue.

Which Halo weapon should you use?

There are role-playing games, and then there’s Mass Effect. Rather than merely taking on a role, you will take on an entire universe of possibilities.

Another Bioware classic, the Mass Effect trilogy is the quintessential gaming experience for any sci-fi fan. Hundreds of years in the future, humanity has used mysterious Mass Relay technology to join a host of other alien species in the universe at large.

As humanity struggles to find its place in an already close-knit galactic community, another threat appears in the form of the mysterious and powerful Reapers, bent on wiping out all life in the galaxy. That’s where Commander Shepard comes in. Players will control almost every aspect of Shepard’s journey, from combat style, to appearance, to personality.

Even the smallest choices might have repercussions that shape the fate of the galaxy. It’s a long and emotional journey and one that players will want to take over and over again. Mass Effect is everything good about science fiction and role-playing done to absolute perfection.

Were there any titles that we may have overlooked? Let us know in the comments and be sure to check back with Softonic for more lists and other gaming-related news, guides, and updates.