If you’re modding the heck out of your eleventh Skyrim run, we feel for you. It’s likely going to be a while before Elder Scrolls VI lands, or even before we get any more information on it, so in the meantime, it’s a struggle finding another title for sate that fantasy RPG craving. 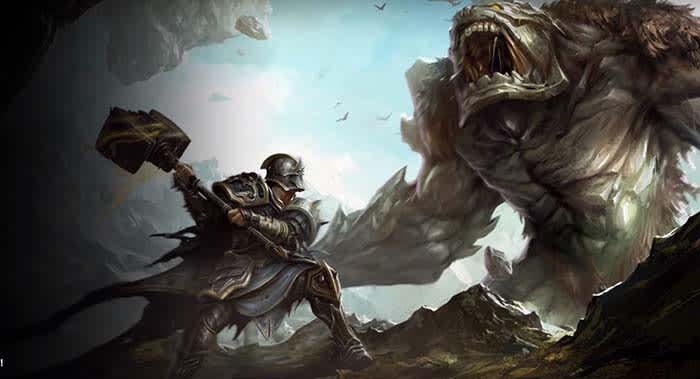 If you’re a fantasy RPG fan, by 2019, you’ve probably played your share of Baldur’s Gate, Witcher 3: Wild Hunt and all its DLC, and Dragon Age. While these are still some of the best titles on the market, there’s a handful of lesser-known games out there under the radar with just as much charm, lore, smooth gameplay, and replayability. Take a look at six fantasy RPG games that you’ve probably never heard of, but will love:

6. Arcanum: Of Steamworks and Magick Obscura

The (long) title of the game gives a bit of hint as to what makes this game so cool. Magic and technology coexist in this world, but it’s an uneasy balance. Mages are discriminated from riding trains for fear that their latent arcane energies will halt it on the track.

You can design your character to work more on the tech side of things (new inventions, weapons, gadgets, and robots), or the magic side (fireballs, charm spells, necromantic summons, or teleportation). Wield a flintlock pistol just as easily as you would a flaming sword:

Aside from the gorgeous, atmospheric string soundtrack, the game also knocks it out of the park with its RPG elements almost immediately. Right off the bat, you’re given the choice of eight playable races (Humans, Elves, Dwarves, Gnomes, Half-Ogres, Half-Orcs, and Half-Elves) and more than 60 character backgrounds!

You might think that it’s just number-crunching, but shockingly, there’s dialogue to match each one. It’s not just dialogue, either; racism is alive and well in Arcanum. While playing as a half-orc can grant you some good strength bonuses, other races will treat you like dirt. You might even be denied lodging.

It’s an old-school RPG. The combat can be merciless and the controls a little clunky. Save often and in different slots (which is a good rule of thumb for multiple games on this list,) and don’t be afraid to change up the control scheme or the combat style. You can switch from turn-based to real-time, both of which have their distinct advantages against different foes. It’s another really unique facet of Arcanum.

The game has tons of different weapons and armor, potions to concoct, and a slew of spells for the mage player. There are 16 different spell colleges, ranging from elemental magic, necromancy, divination, mind control, and even temporal spells that control the flow of time.

Arcanum: Of Steamworks And Magick Obscura Download ►
Somewhere between magic and tech is you

If you have the patience for a steeper learning curve, definitely give this game a try. If you’re worried about bugs, you can slap on this free patch too.

Two Worlds II had a hard time right out of the gate, being the sequel to the hilarious Two Worlds. When a game fumbles at the start, it can be a death sentence for impatient players, and this game’s intro was rocky. It’s a shame because while there are certainly flaws to Two Worlds II, if you sift through the game you’ll find some elements that make other fantasy games pale in comparison.

Combat animations are clunky, but the environment, art, and lighting are breathtaking. You’ll travel in a (mostly) open world that ranges from the fields of the Savannah to the tropical islands and busy cities of act two.

The RPG element here isn’t quite as strong as in Arcanum (you’re stuck playing a specific, rather dull protagonist). However, the gameplay and level-up system cater to a respectable variety of creative play styles. You can be wily and kick dirt into an enemy’s face, fire distraction arrows while sneaking up behind targets, or summon giant spiders and rock golems to aid you in combat. You can even play music (which works kind of like Guitar Hero) in a crowded street to earn some coin.

The magic system in Two Worlds II is definitely its shining point. So, if you’re a fan of playing the wizard, we cannot stress how much this game rewards creative spell crafting and casting. Instead of providing you with recipes for spells, Two Worlds II gives you ingredients and encourages you to mix and match cards, amulets, staffs, and summons to make an astounding variety of element combinations.

Spray the ground with traps that summon giant scorpions. Fire a leeching fog missile that blinds targets with mist while sapping their health to you. Check out how crazy it can get:

Two Worlds II has its flaws, but if you’re willing to look past them you’ll likely find several aspects that you’ll wish other fantasy RPGs shared. See which of those are for you!

What do you get when you combine the creative energies of New York Times bestselling author R.A. Salvatore, Spawn creator Todd McFarlane, and Ken Rolston, the lead designer for Elder Scrolls IV: Oblivion? You get Kingdoms of Amalur: Reckoning, a charming fantasy world that feels (and looks) a bit like a sequel to Fable.

There’s the standard enormous world to explore with tons of different monsters to fight, branching side-quests with multiple endings, and all the blacksmithing, rune-slotting, and potion-crafting that you could want.

While designing your character’s appearance doesn’t provide you with a ton of options, there’s an insane amount of depth to the game’s RPG element. There are customizable classes, unlockable specialization cards, and the revolutionary Destiny system that lets you continuously evolve as you decide which play style works best for you. Hint: they’re all ridiculously fun. You can fight with flaming chakrams. Need we say more?

What makes the protagonist of KoA special is that he can literally bend fate in a world that’s otherwise restricted to a set course. The world, plot, and gameplay are yours to mold.

Kingdoms of Amalur: Reckoning Download ►
Take fate by the reigns

Arx Fatalis was designed back in 2002 by Arkane Studios, the same company that created Prey back in 2017. It tells a thought-provoking story in an authentic, immersive medieval landscape. Like all good role-playing games, your decisions will directly affect the world and the people around you.

There are dungeons full of goblins, rat-men, trolls, and mummies, and you can do so with your choice in the classic triumvirate of stealth, magic, or brawn. Swing a variety of weapons, sneak through hidden tunnels and doorways, or use the fancy “onscreen gesture based magic system.” Basically, you’ll be using your mouse to control the character’s hand as he weaves arcane sigils of power into the air like Dr. Strange:

Arx is innovative and very atmospheric, with combat, puzzles and tough choices. We recommend you watch a video of the first ten minutes to get a feel for its flow. If you like the vibe it gives you, the game is only $4.99 on Steam. Check it out and let us know what you think!

An oldie but a goodie, Loom was designed by the now-defunct LucasArts around the same time as The Secret of Monkey Island. It’s a point-and-click puzzle game but the twist is that your main tool to solve puzzles and progress is music. You play as Bobbin Threadbare, a cloaked and hooded member of the mysterious Weaver Guild, an elusive cult that gets ‘transcended’ into a flock of swans at the start of the game.

Backed by Tchaikovsky’s Swan Lake ballet, the game is full of poetic imagery. There are cities made of emerald glass, black caves beneath a dragon’s lair, a floating city in the shape of a smoking anvil, and a sparkling pond awash in a sea of stars. The game progresses as Bobbin discovers the extent of his powers and his role in the shifting world.

Complete with an audio drama to jump-start the plot action, this game is chock full of striking lore, memorable characters, and visuals that pushed the envelope for the graphics of games that followed.

Besides the atmosphere, what really separates this game from others in the genre is how puzzles are solved. Rather than cramming an inventory full of desultory objects, the game “levels you up” by teaching you new notes on a (literal and figurative) music staff. When an egg is trying to hatch, it sounds four notes in an arpeggio. Repeat those ‘opening’ tones on a door and it swings open! Reverse the chord and it closes. The answer to a puzzle isn’t always what you see in Loom; it’s what you hear.

While the classic fighter-thief-mage paths are ubiquitous by today’s standards, Quest for Glory is the franchise that started the trend. This series blends the point-and-click puzzle genre (ie Roberta Williams’ King’s Quest or Monkey Island) with a true fantasy RPG with character stats, roaming monsters, spells to learn, and houses to rob. The fighter, thief, and mage paths are not just branching skill trees for a single character, either; they’re three distinct styles of storytelling. The brawny fighter and clever mage can come to the same puzzle but solve it in completely different ways. The thief class often gets entirely new areas to explore that the other two classes are unable to reach.

Quest for Glory is not just one game for you to play – it’s a five-game series, each taking place in a new locale: The Germanic or Swedish-inspired Valley of Spielburg, with forests teeming with goblins and trolls; the Arabian deserts of the sister cities Shapeir and Raseir; the vast Serengeti fields of Tarna and the Simbani tribe; the Transylvanian swamps and woods of the Slavic-inspired Mordavia (watch out for vampires); and the isle of Silmaria, the final chapter that takes you through the heights (Pegasus) and depths (Hades) of Greek mythology, culminating in a contest for kingship to save the land from the Dragon of Doom.

One of the most uniquely innovative facets of Quest for Glory is that upon completion of a game you’re given the option to import your character into the next game. Your class, stats, gold, potions, and spells all carry over with you so your hard work early on in the series gets you more mileage as you progress further.

That gold coin you earned back in the first game could well buy you a new throwing dagger all the way in Silmaria! If you’re a fan of the fantasy RPG genre then this a simply a game you must try. It’s got humor, adventure, well-written characters, memorable locations, clever puzzles, challenging monsters, creative spells, and five games worth of incredible content. That puts it at the top of our list of recommendations!

Don’t just take our word for it, though; try these games for yourself! Let us know in the comments below which one ends up being your favorite, and stay tuned for more hidden gems!

Top FIFA soccer games to enjoy during the World Cup