From underwater dystopias to snow-covered castles and tropical jungles, video games can take us places beyond our wildest dreams. While interesting characters and an intriguing plot are certainly important, oftentimes a game’s setting is what sticks with players long after they put down the controller. Here, we’re counting down 10 of the most iconic and unforgettable worlds in gaming history. 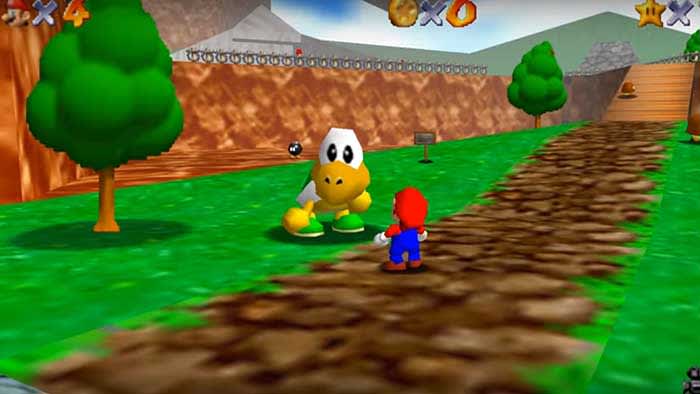 This futuristic sci-fi dystopia is a collection of clean lines and polished edges. Despite the City’s clean, shiny exterior it has a seedy underbelly that’s totally at odds with what lies on the surface.

Part of what makes The City such a distinctive location is the contrast of bright primary colors against a white backdrop. This creates some striking and unique visuals while also guiding players in their high-stakes freeruns.

The intricacies and unique visual styles of each district will make players want to return over and over again.

Talos Station is the orbital headquarters of the Transtar Corporation, a futuristic conglomerate with their hands in everything from genetic modification to heavy industry and space travel. It stands to reason that their corporate headquarters is a lavish monument to their power.

Combining a distinctly 60s aesthetic with the sci-fi stylings of a space station, walking through the halls of Talos will make players feel like Don Draper in space. That is, of course, if they can stay alive long enough against the extraterrestrial beings that have slaughtered the station’s inhabitants.

Much of the fourth Uncharted title is spent pursuing the location of the legendary pirate haven known as Libertalia. When players finally manage to lay eyes on this mythical location, the breathtaking vistas make the hunt more than worthwhile.

There’s something rather poignant about seeing the once vibrant pirate town decaying and empty, slowly being overtaken by jungle plants. The crumbling wooden buildings and decrepit stone mansions of the pirate lords have an almost supernatural effect that will have players yearning for a return to the freedom-filled golden age of swashbucklers and rogues.

Making an entire galaxy into a memorable setting is no small feat, but Mass Effect does so with ease. With hundreds of planets to explore, each world has its own distinctive feeling and setting. From the seedy underworlds of Omega to the stalwart spires of the Citadel, each world has its own unique flavor that soon makes a massive galaxy feel like home.

With unique alien races and rich lore to provide a backdrop to these sci-fi worlds, players will want to return to the world of Mass Effect over and over again.

Though the world of the original Red Dead Redemption was groundbreaking in its own right, Red Dead Redemption 2 took that world to the next level. Set in America at the turn of the century, players are able to explore a huge map filled with fictional analogs to real-life locations in the United States. Players can wade through the humid swamps of Lemoyne or brave the howling winds and peaks of the Grizzlies.

They can also head to bustling modern metropolises like Saint Denis or rough and tumble frontier towns like Armadillo. Every corner of the world feels fully realized and full of life. Players could explore for hours and still not come close to experiencing everything the world of Red Dead 2 has to offer.

Set in an alternate timeline where the world fell to ruin after a catastrophic nuclear war, the survivors emerged hundreds of years later to rebuild society. Fallout New Vegas is set among the scorching deserts of the American southwest, and particularly the area surrounding the ruins of Las Vegas.

Now called New Vegas, the city is a neon-lit reimagining of a post-apocalyptic gambler’s paradise. The contrast of glitzy casinos and crumbling bombed-out buildings offers a truly unique visual, and the wasteland ruins surrounding New Vegas are filled with secrets and plenty of opportunity for adventure as well.

4. Hyrule- “Legend of Zelda: Breath of the Wild”

Though gamers have been visiting the mythical kingdom of Hyrule for quite some time now, Breath of the Wild showcased this familiar world in a way that has never been seen before.

The entire kingdom is open for players to explore in any way they so choose. Though the game’s plot is certainly riveting, wandering through the lush forests and verdant fields of the game world is a huge part of what made Breath of the Wild into an instant classic.

The Legend of Zelda: Breath of the Wild gets a sequel

Los Santos is a fictionalized version of the real-life Los Angeles, but as per usual with Rockstar, the fictionalized city is just as full of life as its real-world counterpart. Players can explore the sun-drenched metropolis in the game’s superb campaign or take to the streets in online mode to make a living as the next big criminal kingpin.

Whether it’s bombing down streets in exotic supercars or navigating backcountry roads on a dirtbike, the world of Los Santos offers endless hours of fun and mayhem for any wannabe crime lord. Now if only we knew something about the world in Grand Theft Auto VI.

When Rapture was first introduced to the gaming world 12 years ago, it left an instant impression on the mind of every gamer.

This underwater metropolis was the brainchild of unscrupulous industrialist Andrew Ryan. He envisioned a hyper-capitalist society free of the bounds of the surface world and put his vast fortune to use building this art deco city beneath the frigid waters of the North Atlantic.

Unfortunately, this vision of an Ayn Rand inspired paradise soon fell to pieces after Rapture’s inhabitants lost their minds as the result of an experimental genetic modification technology. Exploring the twisted remnants of this blood-spattered, luxurious paradise provided some haunting moments and chilling settings that made an indelible mark on the gaming world.

Experiencing the rich fantasy world of Skyrim is probably as close as most people will come to living out an episode of “Game of Thrones.”

Accompanied by Jeremy Soule’s epic soundtrack, players can fight dragons, wizards, and bandits among the bleak and beautiful snow-covered peaks of Skyrim. Whether saving a town from vampires or honing their magic skills at the College of Winterhold, the province of Skyrim provides almost infinite opportunities for adventure and exploration.

Though the real world might be boring at times, any gamer knows that an instant vacation is only seconds away. By simply picking up a controller and turning on a TV screen, a whole host of fantastic and iconic worlds are available to experience. So, were there any locations we overlooked? Let us know in the comments, and check back with Softonic for all the latest gaming news and other gaming content.