After disappointing fans over the weekend by withholding BlackBerry Messenger for Android and iOS, the company has now announced that it does not expect to release the apps at all this week. The issue BlackBerry is currently facing has to do with an outdated version of BBM for Android, which was distributed over file sharing sites. These unauthorized versions of the app have been flooding BlackBerry’s servers, impacting “the system in abnormal ways.”

BlackBerry is currently working on fixing these issues before rolling out the apps to new users on Android and iOS. “The team is now focused on adjusting the system to completely block this unreleased version of the Android app when we go live with the official BBM for Android app. We are also making sure that the system is reinforced to handle this kind of scenario in the future,” writes Andrew Bocking, the head of BBM. He goes on to say “I do not anticipate launching [BBM for Android and iOS] this week.” 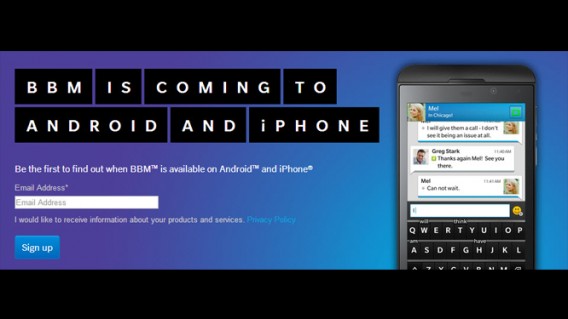