Emulation software is too often hobbyist in design, with arcane interfaces that are really awkward. Boxer aims to change that. This native Mac app built on DOSBox makes playing those old DOS games beautifully simple. 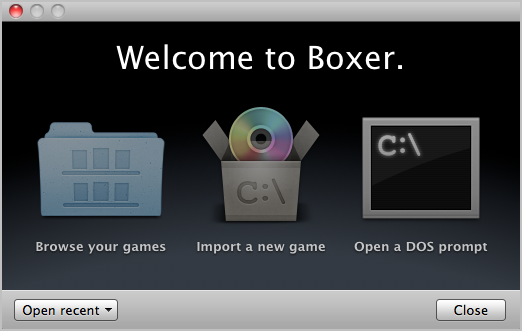 Boxer looks good, and even includes a library bookshelf for your game collection, similar to the the iBooks app on the iPad. The best thing about it, though, is that you really don’t need any prior knowledge of DOS at all. Boxer walks you through installation and running files, meaning you really won’t make a mistake. I was going to write ‘how to play DOS games on your Mac’, but Boxer is that tutorial! Just download it, install and you’ll be playing classic 90s PC games in no time. The nice thing about retro PC gaming, unlike say Commodore 64 emulators, is the controls we have today are just the same as back then. You won’t miss having a joystick, as the chances are you never used on with your old PC either.

Check out Boxer’s homepage for more information on where to download DOS games.