A handy Chrome feature has just been spotted in the nightly Firefox build. “Close tabs to the right” is something that’s been available on the Google Browser for some time, and it comes in really handy when you’ve been browsing and suddenly find you’ve got 10 tabs clogging things up. Close tabs to the right allows you to slash the open tabs you’ve already read, while maintaining the ones you’ve yet to get to. 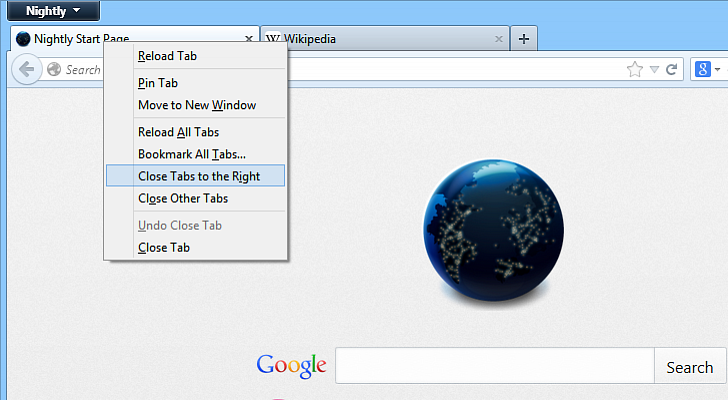 As the new feature has appeared in the nightly build of Firefox 24, you won’t see it in the stable version of Firefox yet. If you’d like to be daring, you can download and try out here. If you’d prefer to wait for the tried and tested stable version though, Softpedia estimates we’ll have to wait another 3 months or so. Interestingly, for users with Firefox in a language that reads right to left, like Arabic, the feature will be called “Close tabs to left”.