Here’s what competitive Smash Ultimate looks like so far

The release of Super Smash Bros Ultimate last December brought thousands of new players to the competitive scene. The game builds on 2014’s Smash 4 with an expanded roster of characters and significant gameplay improvements, causing the game to become the quickest selling entry in the franchise.

Now, over three months after its release, Smash Ultimate is enjoying a thriving competitive scene. Here’s a quick look at how this early meta is developing.

Competitive Smash players can rest easy; so far, the game’s roster of characters is by far the most balanced in the series. The balance of past Smash games hasn’t exactly been stellar, but so far Smash Ultimate has no definitive best character. Tournament results are far more spread out throughout the cast (over 91% of characters have had at least decent tournament placings), which is extremely impressive given that the game features 74 playable characters.

There are a handful of characters who have had poor competitive results, however. Kirby, Little Mac, Bowser Jr., and Mr. Game & Watch, among a few others, struggle to keep up with the rest of the cast. While these characters have their dedicated mains, hopefully, the dev team will buff these characters to bring them in line.

While the meta is still young, there have been no characters or strategies that are overcentralizing or excessively powerful. In Smash Ultimate, characters are balanced to better use their entire movesets as opposed to overcentralizing special moves or guaranteed combos like in Smash 4, which gives Ultimate significantly more gameplay variety. Here are a few of the characters in Smash Ultimate that have gotten the most tournament success (and how to beat them):

Don’t let its cuteness fool you: Pichu is one of the biggest threats in Smash Ultimate. Pichu being so good comes as a surprise to those who played them in Super Smash Bros Melee, as Pichu was designed to be the worst character in that game (though in practice, Kirby and Bowser are actually worse). After 17 years of training, the baby mouse came back with a vengeance in Smash Ultimate.

Pichu’s tiny body and incredibly fast ground and air speed allow it to dodge enemy attacks with ease. Its incredible special move, Thunder Jolt, allows it to zone out opponents and rack up damage. The projectile moves slowly enough for Pichu to chase after it and grab shielding opponents. Pichu’s moves all have shockingly quick startup and endlag, giving it one of the best combo games in the entire cast. Combined with an excellent and nearly uninterruptible recovery, a deadly edgeguarding game, and potent kill options, Pichu is a threat that every competitive player must prepare for. Pichu is basically a minmaxed version of Pikachu, and is, so far, the game’s deadliest glass cannon.

Pichu’s biggest weakness by far is its survivability. It damages itself whenever it uses an electric move, which, combined with its incredibly low weight, allow it to be KO’d by a light breeze. Put some distance between yourself and Pichu and play defensively. This will force Pichu to rack up damage on itself while allowing you to KO it with a single strong attack.

The best Pichu players in the world are currently VoiD, Nietono, Captain L, and Yetey.

Returning from Brawl to take his revenge, Wolf is a force to be reckoned with in Smash Ultimate. One of the most versatile characters in the game, Wolf can successfully combo, kill, zone, and pressure. Unlike other all-around characters like Pit (who is decent at everything but great at nothing), Wolf excels in nearly every offensive department. Though his ground speed is slow, he surprisingly has an incredibly fast air speed, allowing him to quickly follow up on aerial combos and punishes.

Speaking of Wolf’s aerials, his forward aerial can both combo into itself and kill, similar to Mewtwo. Despite moderate startup lag, his back air is his most consistent killing move, possessing a powerful sweetspot in his foot. Up aerial can combo at a wide variety of percents and even kill while near the top of the screen.

On the ground, Wolf is even better. His neutral B, Blaster, is one of the best projectiles/neutral tools in the game. The projectile flies slowly, inflicts a lot of damage, and has transcendent priority (meaning that it will beat out all other attacks and cannot be interrupted, much like Fox’s/Falco’s Blaster). Blaster more than makes up for Wolf’s slow dash speed, as it forces opponents to either approach or jump (allowing them to fall victim to Wolf’s fantastic aerials). Wolf is a character that not only succeeds in all areas of offense, he excels. His versatility makes him an unpredictable opponent that skilled players will push to the moon.

Wolf isn’t a perfect character, however. Defensively, Wolf is severely lacking. Though he is a heavy character, his survivability is incredibly poor due to his abysmal recovery. Fire Wolf and Wolf Flash are both linear and predictable, and unlike Fox and Falco, both moves put him in a helpless state (when the character blinks and is unable to do anything but shift left or right). Additionally, his fast falling speed, tall frame, and high weight make him perfect combo food. When facing Wolf, close the gap on the ground as much as possible and don’t give him a chance to use his Blaster or fight in the air.

Wolf is currently the most commonly picked character in tournament play. The best Wolf players are currently Zackray, Tweek, VoiD, and MKLeo. 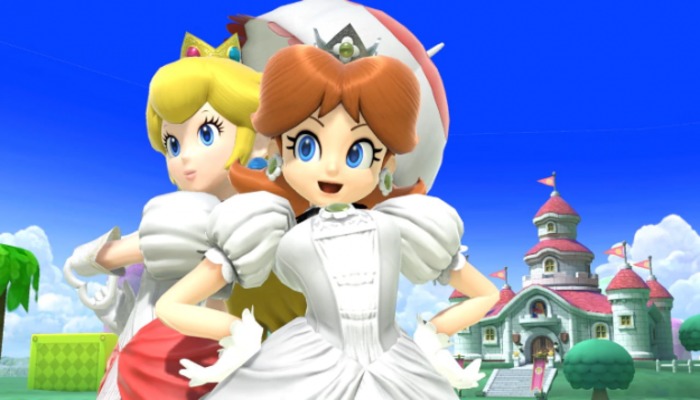 Note: For all intents and purposes, Peach and Daisy play exactly the same. There are very, very minor differences to their size and certain animations but these have hardly any effect on gameplay. Therefore, Peach and Daisy are interchangeable characters.

Peach has never been bad in a Smash game, and Ultimate is no exception. Simply put, everything that was good about Peach in past games is now better. Her main strength is in her fantastic aerial game. Peach’s ability to float in mid-air gives her amazing horizontal aerial pressure, and floating removes the damage penalty that normally applies to short hop aerials. Though her mobility is still slow, it has been improved from Smash 4. Her air acceleration is the second highest in the game (tied with Wario), which allows her to chase down and punish opponents with her float.

Peach’s ground game has also improved. Her down tilt is an incredible combo starter that launches opponents into the air. Her Vegetable projectile is now plucked faster, flies faster through the air, and does more damage, which (combined with her float) gives Peach some of the best horizontal stage control in the game.

Peach’s biggest weakness is her survivability. Her tall frame makes her easy to juggle in the air (though her low weight and falling speed prevent her from getting comboed too hard). Additionally, her vertical recovery is weak, though horizontally she can recover from afar using Peach Bomber and her float. Peach is an unorthodox character, so fighting her can be difficult. Focus on staying below her and juggling her in the air. If your character has good projectiles, zone her out as much as possible. She’ll have a hard time avoiding fire due to her low mobility. 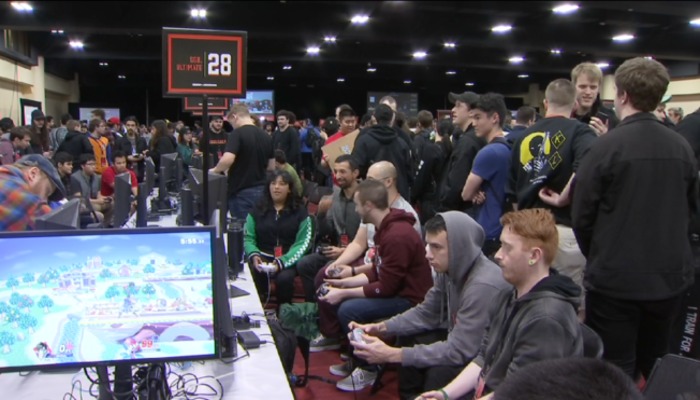 While a good portion of the top players in Smash Ultimate came over from Smash 4, many Melee players and brand new players have also placed high in tournaments. Here are a few of the current top players:

After top player ZeRo’s retirement, MKLeo was widely considered the best Smash 4 player in the world. Things haven’t changed in Smash Ultimate; MKLeo is currently the best player in the world (at only 18 years old!). At Smash Ultimate’s first supermajor tournament, GENESIS 6, MKLeo had an insane comeback run through loser’s bracket, eventually double eliminating VoiD to win the tournament.

MKLeo is famous for his aggressive-yet-intelligent playstyle, focusing on pressuring the opponent into making a mistake and brutally punishing them. He is known for playing sword characters and in Smash Ultimate he prefers Ike, Cloud, and Lucina. He used Ike throughout GENESIS 6, which was a surprising move as Ike wasn’t seen as an especially dominant character at the time. MKLeo’s performance with Ike reinvigorated interest in the character, and he’s now seen as a high tier by most competitive players.

From humble beginnings as Smash 4’s best Bowser Jr to becoming one of the best overall players in the world, Tweek has risen to become one of competitive Smash’s top stars. He has already placed first at numerous tournaments, including Glitch 6. Tweek and MKLeo frequently go toe to toe with MKLeo barely edging him out. In the past, MKLeo has called Tweek’s playstyle his least favorite to go up against due to how calculating, punish-heavy, and grab-focused it is.

Tweek has a variety of characters under his belt that he pulls out for various matchups. He is an incredible Wolf and Chrom player, in addition to being so far the best Wario and Donkey Kong player in the world. He even used Young Link frequently at Glitch 6, a character who he said he only played for three days prior. Though Young Link is a strong character, he is infrequently seen in tournaments, which Tweek used to catch his opponents off guard.

Here is the grand finals set of Glitch 6, which features both Tweek and MKLeo. The set is an amazing showcase of the current Smash Ultimate metagame.

How are you enjoying Smash Ultimate so far? Are you planning on competing? Let us know! 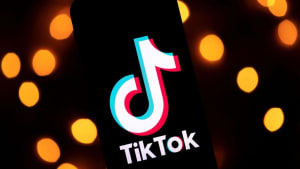 How to Get Rid of TikTok Ads in 3 Fast Steps