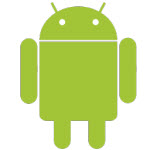 One of the nice aspects of Android is that you can customize the homescreens right out of the box. You can add widgets or folders full of the apps you use the most as well as in the quick launch bar at the bottom of the screen. But depending on your Android device, the included launcher may begin feeling stale or doesn’t offer enough options.

Google’s “clean” or stock version of Android is always the most current because Google pushes updates directly to these devices. Third party devices like the popular Samsung Galaxy SIII are stuck depending on either Samsung or carriers to push an update. Another issue with third party device makers is that they want to create a customized look and feel by adding an interface overlay to the device. While it’s still Android at the core, manufacturers will likely include apps that you don’t need.

An easy option to fix this is to install one of the many launchers available in the Google Play Store to manually customize your homescreen. 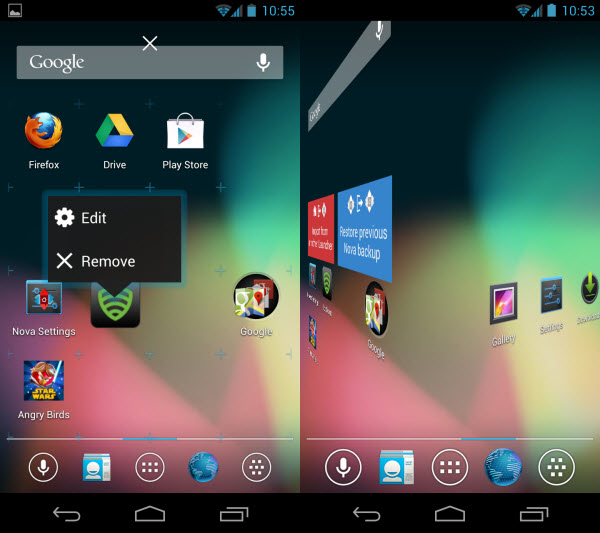 Our editor, Lewis, prefers Nova Launcher for his launcher replacement. It has a lot of visual similarities to the stock Android launcher, but adds a lot of options. Basically, Nova Launcher is like an empty landscape allowing you to customize as much as you want. The free version of Nova Launcher will work for most people, but the paid version, called Nova Launcher Prime, adds more features like unlimited custom tabs, gestures, and unread counts for email, calls, and more. 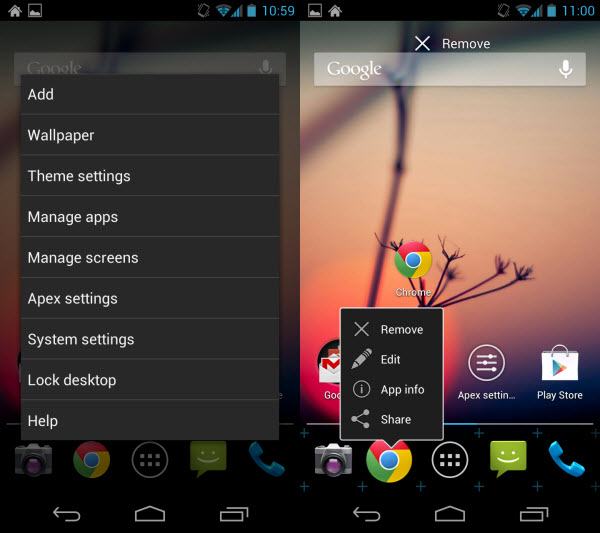 Another popular launcher is the Apex Launcher. It has a slightly stock look to it, partially because it uses the old Android browser. Apex Launcher also contains a lot of options in the free version of the app. One of the interesting features is that you can hide things on the homescreen like the dock if you don’t want them visible. With theme support to change the visual icons and skins, Apex Launcher is a comparable option to Nova Launcher. Apex Launcher Pro, the premium version, also adds more features like dock swipe gestures and theme support from other Android launchers. 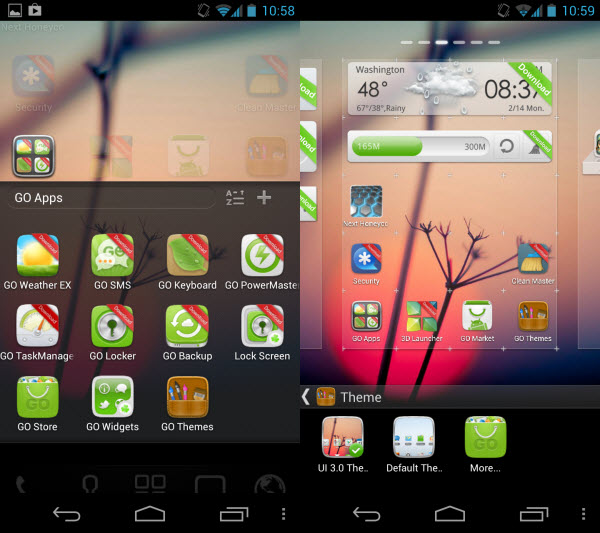 After I installed GO Launcher EX, I realized that I had made a huge mistake. This particular launcher is best tailored for someone who enjoys lots of apps, notifications, and widgets. On the surface it appears really simple and friendly. But after searching around, I see that GO Launcher EX also adds a lot of Google Play Store app launchers so you can install more GO Launcher apps. Many of the widgets on the screen don’t even work because you have to download them first. I’m assuming that these link exists to show users the possibilities of GO Launcher EX, but come off as misleading. 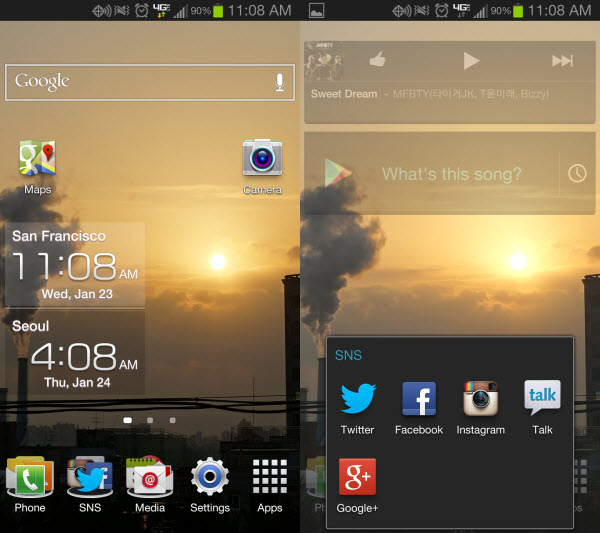 One of the easiest ways to customize your launcher is to explore the what the original launcher is capable of. Samsung’s TouchWiz overlay for Android 4.0+ is much more streamlined than their earlier versions and you can modify the layout with a decent amount of options. Personally, I like having a very simple look to my homescreens only containing very necessary apps or widgets. Since TouchWiz allows folders in the quick launch bar, I added the apps I use the most and the other homescreens contain apps and information that I need for quick reference.

Android allows a lot of personalization even with third party overlays. The stock Android launcher gives the most vanilla experience out of the box, but it doesn’t take long to create a layout that works best for you. Launchers are great options if you want to visually replace the included launcher, but remember, launchers are still only apps and don’t completely replace the original. If you have time to experiment, you can create layouts that are entirely unlike the launcher was originally designed.