It’s natural to think about buying big-ticket items during the holiday season sales, but there’s one type of sale item that may not pop into your head immediately: apps. The Google Play Store and Apple App Store have sales all year round, but like any other retailer, they like to cash in during the holidays by offering tons of apps at discounted prices, sometimes even for free. Ironically enough, there are apps that keep you notified about the best app deals and promotions.

If you’re an iOS or Android user, take a look at the apps below. They’ll get you the best deals on some really great apps, not just during the holiday season, but all year round! 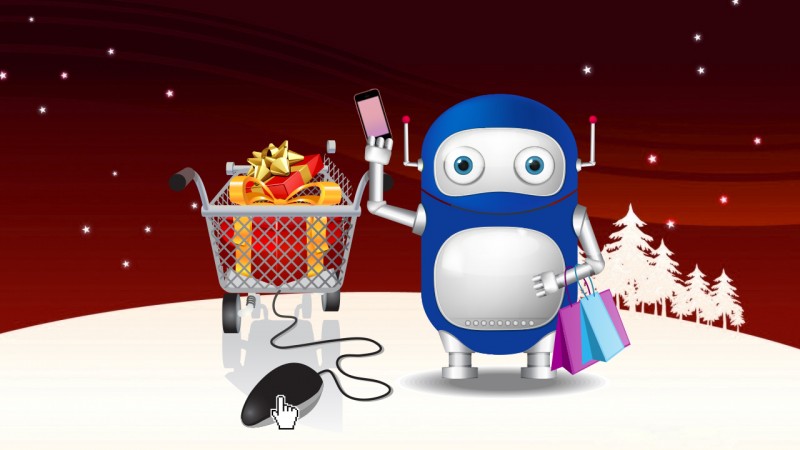 iPhone and iPad users have quite a few options for getting info on the hottest sales from the App Store.

Appsfire is probably the most popular app for getting sale info, with top deals and promotions daily, a quick search function, and news about new and emerging apps. It also rates apps based on quality using a scale from 1 to 100, making it easier to filter through apps. What Appsfire is missing, however, are personal tracking options, which let you keep an eye on an app you’re hoping will go on sale.

Luckily, we’ve found an app that does track personal favorites. Free App Tracker tracks apps that have either been reduced in price or are now available for free. Most importantly, however, it lets you track the price of specific apps by saving them in a list. Unfortunately, this app doesn’t have the ratings and recommendations that could be useful for finding good quality apps.

If you’re looking for a bit more information, Apps Gone Free, from website App Advice, is a good option. It has expertly curated reviews and detailed recommendations of the best quality iPhone and iPad apps on sale. It has a few interesting novelty features as well, like an “Apps Gone Global” section, as well as App Bump, a type of crowd sourcing function which lets you and other users collectively petition an app to go on sale.

App Price Drops by Apple Sliced is another app that handles the basics of finding an app on sale, tracking fluctuations in app prices in the App Store. If you’re not too concerned with having a mobile app, AppShopper and Appsylum are great online resources with RSS capabilities that’ll help you find the best deals on mobile apps from the App Store.

In the past, iOS users had many more options than Android users for discovering great deals on apps, but there are now a ton of great apps for Android users to find the best deals too.

Appsfire, mentioned above, also has an Android app, with all the same features as the iOS version: ratings, recommendations and a great search function. It’s especially good for discovering new apps if you’re not looking for something specific, but again, lacks the app tracking function.

For that coveted “tracking” function, AppSales is a good option. Its got a large variety of apps and lets you add specific apps to your “watch list,” sending you notifications when they drop in price. Other cool features include the option to share deals with friends using Facebook and Twitter, as well as see the price history of an app.

AppGratis is another cool app, with daily free apps, discounted apps, and freemium (or in-app purchase) giveaways. Every app is tested and reviewed by the developer himself, and it’s well connected in the developer community, so you’re likely to find some really interesting apps with detailed reviews using AppGratis.

AppBrain App Market is a really comprehensive app for recommendations and news about the newest apps in the Play Store, and although its not the core function of the app, it also has an option for finding apps with price drops (the AppBrain website is useful too).

Another interesting app, which is an alternative to the Google Play store, is Aptoid, an open marketplace which offers some paid Google Play apps for free.

While paid apps generally hover around the .99 cent mark, some really complex apps can go as high as $1,000! I don’t expect you’ll be shelling out that much money on a single app, but if you’re a frequent app purchaser, you may be surprised at how quickly the bill adds up. So, whether you’re looking for something specific or just looking to get some good deals on some new and interesting apps this holiday season (and all year round), just remember… there are apps for that.

Which app would you most like to see go on sale?