Dark Souls II will be released on March 11th 2014 on consoles (March 14th in Europe), with the PC version coming soon afterwards the same month.

Talking to Eurogamer, developer From Software said it needed more time to get the PC version ready, in terms of giving players the necessary options to customize the specifications for the game. 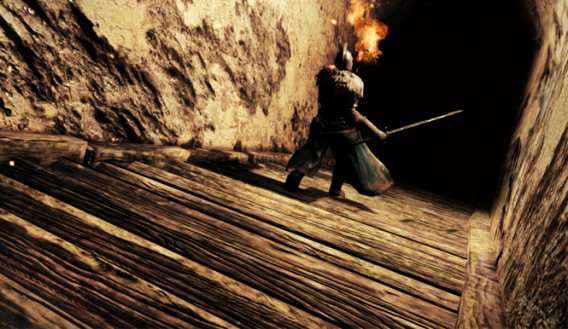 When Dark Souls was released on PC in 2012, gamers were in uproar that it had been locked at 1024×720 resolution, the same as the console versions. It was left to a fan to bring out the first fix allowing players to change the resolution to whatever they wanted, and take advantage of superior PC gaming power.

It was a trial by fire for From Software, a Japanese developer with little experience in porting PC games, due to the small PC game market in Japan. It plans not to make such mistakes with Dark Souls II, and the PC version is being developed alongside the console versions.

If you’re unfamiliar with the series, you can pick up Dark Souls: Prepare to Die edition for PC. It’s a brutally unforgiving RPG, and one of the most engrossing and atmospheric video games ever created. The sequel is highly anticipated, despite being developed without the original director Hidetaka Miyazaki.

The recent announcement that it would be virtually impossible to play Dark Souls II online with friends – just with strangers – has angered some fans, despite this being in keeping with the cold, lonely atmosphere of the Dark Souls world.

iOS 15.4 lets you unlock your iPhone with a mask