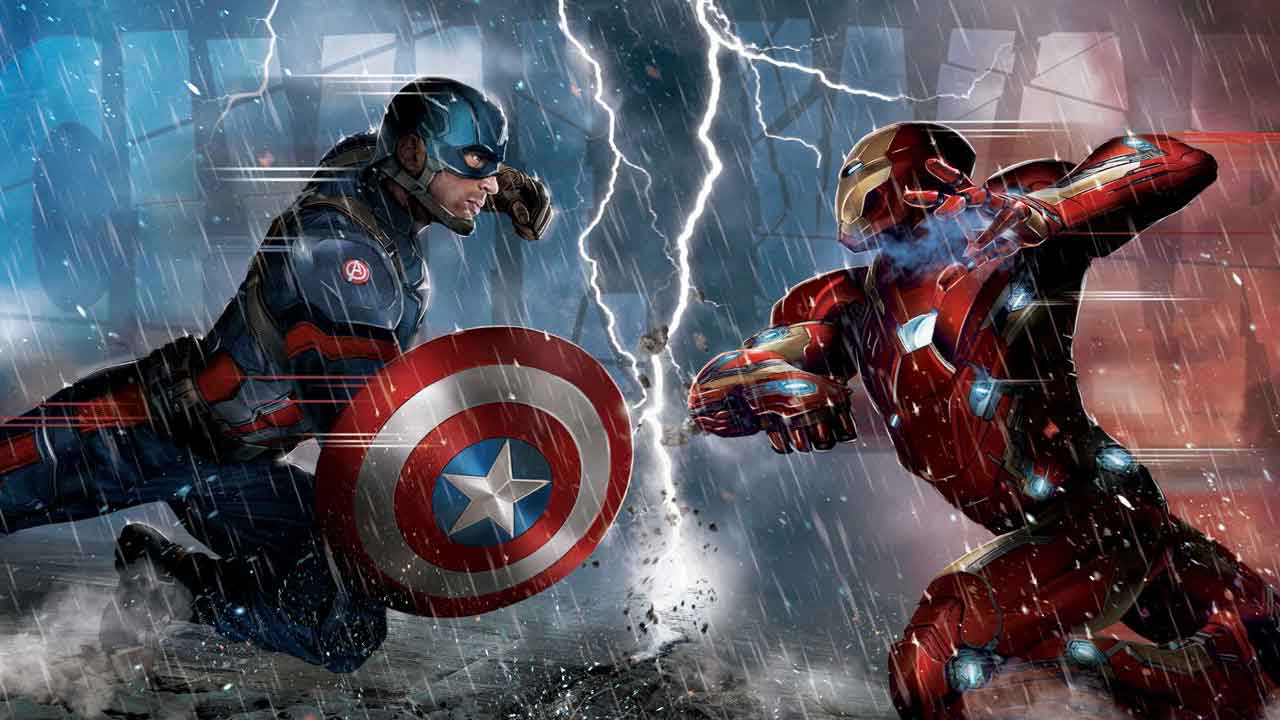 The first three phases of the Marvel Cinematic Universe consist of 23 movies, so it’s normal if you’ve forgotten about some of their greatest moments. Don’t worry: we’ll jog your memory with this rundown of Marvel’s best battles yet. Oh, and the order is completely random. We’re equally passionate about all 10 scenes!!

If you want to rewatch all the Marvel movies after reading this article, you can find the whole collection on Disney+. There’s a 7-day free trial period (plenty of time to watch your favorite Marvel movies), and you can enjoy it on up to 10 devices, among its special features.

Captain America: The Winter Soldier is a movie packed with great action sequences, but if we had to pick one, it would be the elevator fight. Why? Because the Cap has to face more than half a dozen Hydra agents in a closed space. The bad guys have magnetic handcuffs, electric stunning rods… and yet, Rogers manages to win. It’s a chaotic, creative battle, but it was directed so superbly that you don’t miss a single detail of the action.

Oh, and as a bonus, we have that incredible moment when the Cap then takes down a jet using nothing but his shield.

Yondu and his arrow, Yaka, star in one of the most creative jailbreaks in Guardians of the Galaxy Vol. 2. We see Yondu use his ability to the fullest extent: the arrow pierces walls, knocks over enemy spaceships and even manages to catch on fire. Also, the scene is impeccably directed: we have slow motion falls, a great moment when we follow the arrow’s path in the darkness… all seasoned with the catchy tune “Come a Little Bit Closer.”

This mega-battle in Captain America: Civil War was the first to faithfully recreate the masterful madness we see daily in Marvel comics. We have a ton of interactions and combos: Spider-Man steals Captain America’s shield, Wanda Maximoff buries Iron Man under a mountain of cars, Ant-Man turns into Giant-Man…

On a narrative level, you could cut the tension with a knife: we’re seeing a battle between former allies, people who were on the same team until a few weeks earlier. On that note, the tragic climax with the fall of War Machine and Tony Stark’s expression of grief is simply devastating.

Thor and Hulk have already come face-to-face in The Avengers, which makes this rematch more compelling. Our reason for picking this showdown instead of the previous one is the odd situation both characters find themselves in: Thor has lost his hammer, and Hulk has lost Banner’s reasoning. This generates interesting moments where we see Hulk use some cool weapons, or where Thor tries to imitate Natasha to soothe the green oaf.

Avengers: Infinity War has one stellar battle after another. We chose this particular one because of the great feat these two heroes achieve in standing up to Thanos by themselves, even if it’s only for a few moments.

The Sorcerer Supreme’s duel with Thanos lasts less than a minute, but it’s the closest Marvel has come to anime. The Mad Titan throws a black hole at Strange, and he turns it into butterflies! Only Naruto is missing out here.

As for Iron Man vs. Thanos, which happens right after that, we see a deranged and desperate Tony Stark use his most violent methods to stop the great enemy. He becomes the only hero to injure Thanos so far, even if we’re only talking about a few drops of blood.

Is anyone surprised to find this scene on our list? We have no words to describe the magnificence of the climax of Avengers: Endgame. When everything seems lost, all the heroes and allies appear to defeat Thanos’ army. We have not only punches and blows, but old enemies coming together, conflicts resolved… and we find out what Strange meant when he said there was only one way to defeat Thanos.

We’ve chosen Spidey’s final battle against Mysterio for what that means for the character’s arc in Spider-Man: Far From Home. Parker is obviously discouraged after what happened in Endgame and doesn’t think he has what it takes to be a superhero in the new world. As a result, he loses his spidey sense and is deceived by Mysterio. It is at this moment in the movie that Spidey regains his trust in himself and proves capable of defeating any evildoer who tries to harm Earth.

8. Captain America and the Winter Soldier vs. Iron Man

Although it’s a scene packed with amazing choreography, movements and attacks, what kept us glued to our seats was its emotional aspect: with every punch thrown, laser shot and shield deployed, the relationship between Tony Stark and Steve Rogers breaks down a bit more. Its consequences have an impact on the rest of the Marvel movies, and many say it’s the reason why Thanos has an easy victory in Civil War. In short, there was a total rift between two great leaders of the Avengers.

It’s our favorite battle from Avengers: Age of Ultron. It’s rude and fun, and we think it has the most brutal blows of any Marvel battle scene. If you disagree, just remember the grand finale when Hulk and Hulkbuster fall off the top of a building under construction, completely destroying it.

This was the first time in the history of the Marvel Cinematic Universe that we saw the Avengers working together as a team to overcome a great threat. The scene begins with the famous line, “that’s my secret, Captain: I’m always angry,” and continues with the famous circle shot showing the six members before escalating to the grand finale. Endgame, Civil War and Infinity War may have battles with more characters and special effects, but the battle of New York is still the one that thrills us the most.