Those canny Swedes have been at it again. Following on from the launch of music service Spotify, Voddler is a new service where the focus is the screen rather than music. Voddler promises to offer a service similar to Spotify except with films and TV shows on demand.

“Since 2005, we’ve been working on developing the streaming technology that’s allowed us to conceive this project. It will offer both TV shows and films on demand and eventually will be extended beyond home computing to become part of your living room viewing experience.”

The service is initially being rolled-out in Scandinavia first before being launched in UK and then worldwide and will work on Windows, Mac and Linux. Voddler has been in beta stage since 1st July and the development blog claims that 16,000 people signed-up for it on the first day.  Once you’ve entered your name and e-mail address however, you’ll have to be one of the lucky ones selected for beta testing. OnSoftware has been granted an exclusive pass so watch this space for one of the first looks at this exciting app.

Asked if Voddler uses the same streaming software common to sites such as YouTube, Hjelmstedt says, “Not at all. If YouTube were to use our patented steaming technology, my guess is that they could save up to 90% of their streaming costs.” A bold statement indeed. Asked also if Voddler is anything like Hulu, Hjelmstedt simply replied, “No, it’s much better.”

But will paid-up users receive a better service than those only using the ad supported version? Hjelmstedt says, “It depends on the film. It’s quite possible that a newly released film at the cinema will be available the same day on Voddler to all users. However, some film studios only want paid-up users to have access to new content so it really depends.”

Eventually, Hjelmstedt sees Voddler as an essential home entertainment system. “Eventually there will be a Voddler box that plugs into your TV so that you won’t even need a computer.” Asked about the price of the premium service, he says, “Cheap. A little bit more expensive than Spotify though because it’s films and not music.”

Scanning the blogosphere, it doesn’t seem that many people have been invited at this early stage although Morten Skogly offers us an exciting sneak preview with high-resolution screenshots.

Apart from the screenshots on Skogly’s blog, the only other shot we have of the service is from the Swedish ISP that Voddler is currently being promoted with. 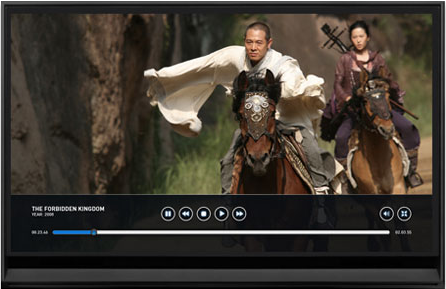 Watch this space for a full review of Voddler on OnSoftware soon!

New year new iPhone? You need these essential apps for 2020