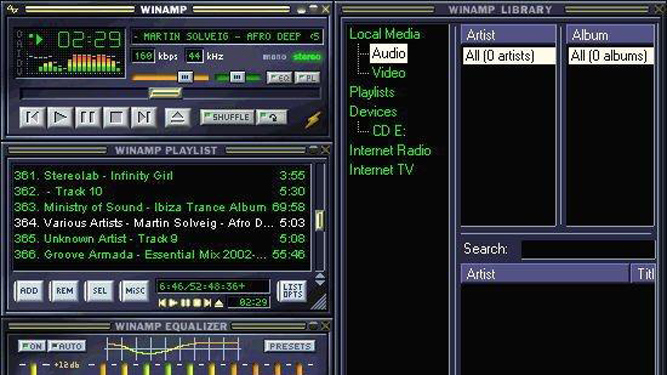 Winamp is due to be shut down on December 20th, but it has legions of fans, and they don’t want to see the end of their favorite media player.

A website, Save Winamp has been set up, linking to an online petition which so far has around 20,000 signatures. The organisers are asking AOL to make Winamp open source, so it can be further developed by the community who love it.

The Save Winamp website features two videos, from YouTuber Jonathan Paula explaining why it’s so great, and a brief history of the app. The Brief History of Winamp is interesting, as it concludes the app has become bloated, meaning many people look elsewhere for a lightweight media player.

Making Winamp open source would mean premium features could be opened up for free. Currently you can upgrade Winamp for $19.95, which gives you unrestricted CD burning, MP3 encoding and native video support for popular formats including H.264 encoded video. Despite premium features, and not being as nimble or simple as it once was, Winamp is still hugely popular. It’s consistently in the top 10 most downloaded audio apps on Softonic.

AOL are not saying what, if anything, they plan to od with Winamp after December 20th. There are rumors that it could be sold to Microsoft, but it would be an unusual move, as Microsoft already have their own Windows Media Player. AOL wouldn’t gain anything from allowing Winamp to go open source, but it would generate a lot of goodwill.