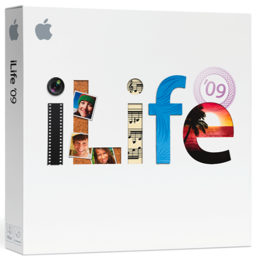 Although this year’s Macworld was bereft of any major news (and of course a keynote speech by Mac founder Steve Jobs), it did reveal iLife 09 which will be on general release at the end of January. Although no new applications have been added, Apple claims it features: “Major upgrades to iPhoto, iMovie and GarageBand, and includes iDVD and an updated version of iWeb.” At around $80 for the upgrade, however, is it really worth it? At this stage, there are very few who’ve been able, or allowed, to put it through its paces at Macworld although the team at Pocket-lint, is one of the lucky few who’ve managed to.

With the release of Google’s Picasa, it’s no surprise that iPhoto is the major recipient of surgery (and long overdue might I add too). The main additions are Faces, Places and integration with Facebook, Flickr, and MobileMe. Faces sounds like the most exciting feature allowing you to automatically organise your photos by person simply by iPhoto recognising their facial features. 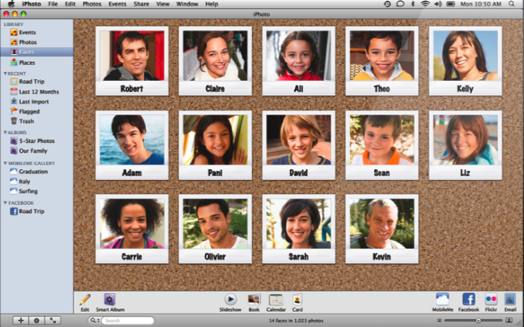 However, as Pocket-lint point out, this feature works great for photos that are well taken but for those that aren’t, the results are less than impressive:

We downloaded a stack of photos from Flickr of us and friends, imported them into iPhoto to see whether the system would cope with average pictures rather than just great ones. The results, as you probably guessed, already are disappointing. The new software couldn’t recognise one of our pictures, and even went as far as to suggest that we looked like an 8-year-old girl it already had in its iPhoto collection.

If you don’t fancy the prospect of being told you look like an 8-year old girl by iPhoto, then take solace in the fact that the new GPS tagging feature receives a much better appraisal. So, if you’ve got an iPhone (and some Nokias and Motorolas too), you’ll now enjoy automatically geo-tagged photos as soon as you load them into iPhoto although if you’re not a big traveler, who really cares about this?

iMovie meanwhile, rather than experience the “major” revamp that Apple claim, has merely gone through a few tweaks that make a great product slightly better. The key additions, according to the Pocket-lint team, have been a magnification tool so that you can see what you’re doing in much greater detail and general improvements that make editing more intuitive.

GarageBand has probably been through the other most interesting improvement, principally in the learning department – rock stars and musicians have been roped-in by Apple to help them create video tutorials that add-up to quite an exciting addition for aspiring rockers. 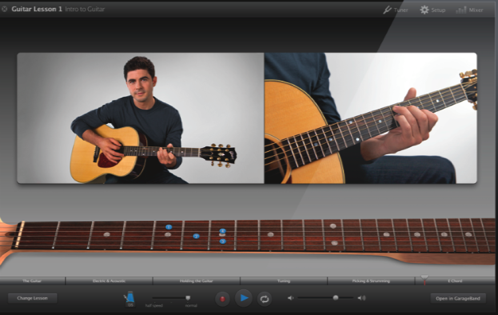 The Pocket-lint team witnessed Sting teaching them how to play Roxanne although whether you want Sting beamed into your home is another question but the potential is very exciting as they point out:

It means you get the artist teaching you in your home – a pretty compelling offer. Of course it’s not just Sting. Although the demos we saw were mostly American singers, there are names you’d recognise – Norah Jones and Fall Out Boy for example – and you just know that Apple will keep adding more and more over time. Imagine learning Sweet Child O’ Mine with Axel Rose – awesome.

Although, since it’s taken Axel Rose 13 years to release Chinese Democracy, you might go through more than a few generations of Macs to learn anything he’s got to offer ;).

The conclusion of Pocket-lint was predictable – a lukewarm acknowledgment that some improvements had been made although some more useful – and functional – than others:

The new features aren’t going to be for everyone. We struggled with Faces, while if you’re not a jet-setter then Places isn’t really going to make a difference. Likewise if you don’t edit home movies that much the new additions won’t be drastically missed and if learning a guitar or piano isn’t on your list for 2009 you won’t miss GarageBand 09.

It seems that there’s nothing to get too excited about in iLife 09 and now that Picasa has come along, it will give Mac users even less reason to upgrade.