May 6th sees Team17‘s new game Flockers, its first new IP in over a decade, will be released on PC via Steam Early Access. Flockers is a macabre puzzle game featuring a flock of sheep you have to save, reminiscent of Lemmings. Team17 are most famous for creating the Worms series of games.

Flockers costs $13.99 for Steam Early Access, which gets you 25 levels to begin with, and a level editor. More levels will be added later, and Steam Workshop is supported, so you can share your level creations. If you buy Flockers in Steam Early Access, you also get a digital art book and the soundtrack. 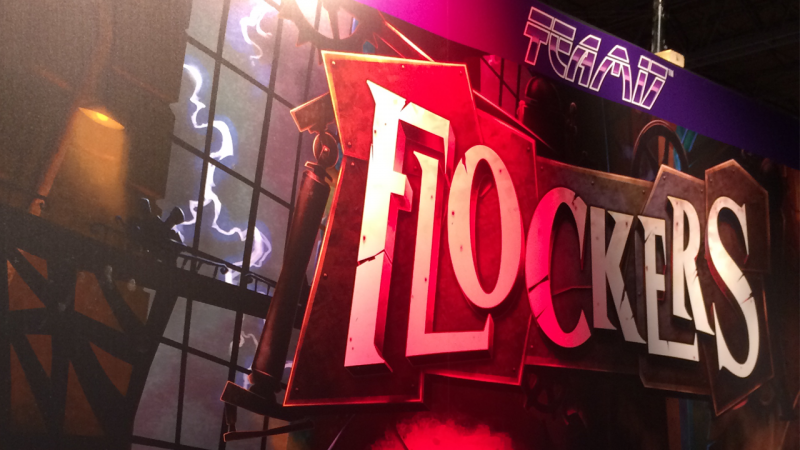 We played an early version of Flockers at EGX Rezzed in April, and it’s certainly lots of fun. The debt to Lemmings is obvious, but it’s got a character of its own, and is much more violent! The violence is cartoony and fun, though, and the sound effects are really funny and gory.