Fortnite: How to survive Tilted Towers

Tilted Towers. Two simple words that are enough to strike fear in the hearts of even the most seasoned Fortnite players. Three city blocks of pure, distilled mayhem. Tilted Towers is a constant war zone, attracting all manner of players to its madness like an irresistible siren song. What’s the appeal? Tilted has some of the best loot in the game, and if you make it out alive, you’ll no doubt be rocking some sweet equipment. Your goal? Drop in and survive. 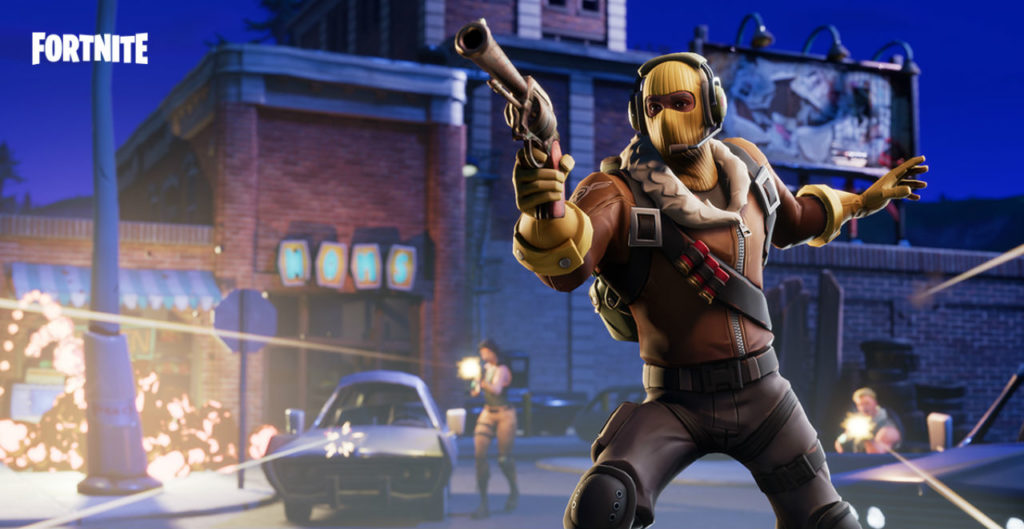 So, for whatever insane reason, you’ve decided you’re going to drop into Tilted Towers. Dropping in on Tilted Towers from above is the key to surviving past the first few minutes of the game. If you’re approaching Tilted later in the game while on foot, steer clear. Tilted very quickly becomes a well-fortified nest of enemies, and wandering into the area is an easy way to get killed. The goal when dropping in is to land quickly. Don’t pull your chute until the last possible second, and when you do, aim for a rooftop.

Landing high is the key to surviving. Once you’ve made your landing, you can work your way down through the building floor by floor, gathering supplies as you go. Landing on a building means you’ll have excellent cover as you gather your supplies. Stay inside and be careful around windows: Tilted is a popular area for snipers, and you don’t want to find yourself in their crosshairs.

If you feel confident in doing so, you may want to fortify the building as you go. You can build extra walls, add traps, and destroy stairwells to turn your building into an impenetrable fortress. If you do go this route, be warned. Players can build their own ramps to circumvent your defenses, and determined players can even destroy the building entirely by mining out the ground floors. If you’re careful and cautious, though, turning one of Tilted’s high rises into a tower of terror is an excellent way to stay alive. 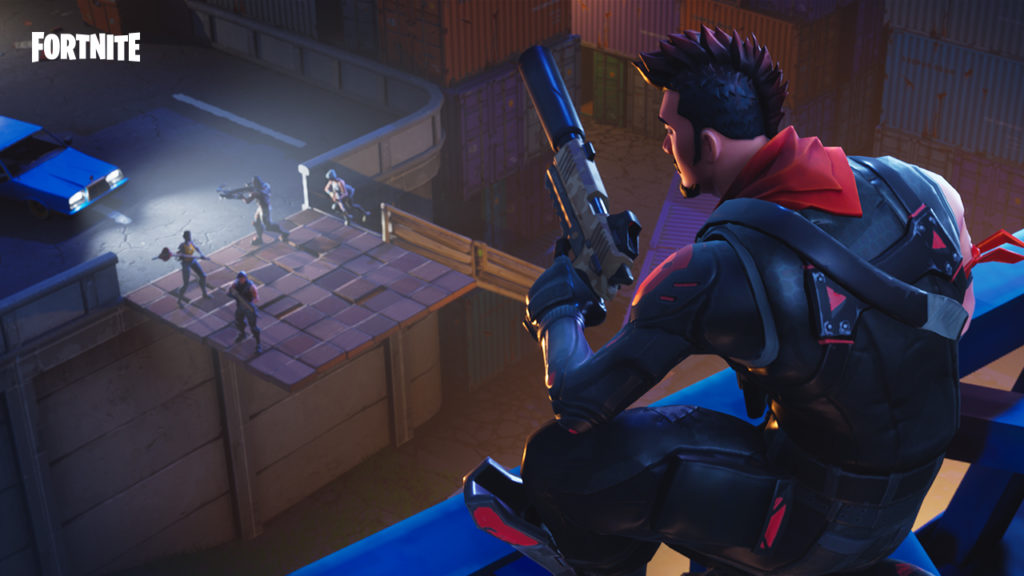 Whether you’ve managed to land on a rooftop or not, your first goal when you hit the ground should be to find a weapon and hide. It won’t be long until the gunfire begins, and when that happens, you don’t want to become a target. Letting your enemies pick each other off means you have less to worry about later on. Find a hiding spot and then stay there. Don’t attack other players unless absolutely necessary.

If, for whatever reason, you need to search for supplies, make sure you move quickly across any open spaces and stay in cover. Remember: other players can hear your footsteps, and you can hear theirs. Keep an ear open, and if you hear footsteps approaching, get out of there. By the same token, move slowly and quietly when you’re in buildings to make sure your enemies can’t hear you. Other players can’t kill you if they can’t see you. The longer you stay hidden, the longer you stay alive. 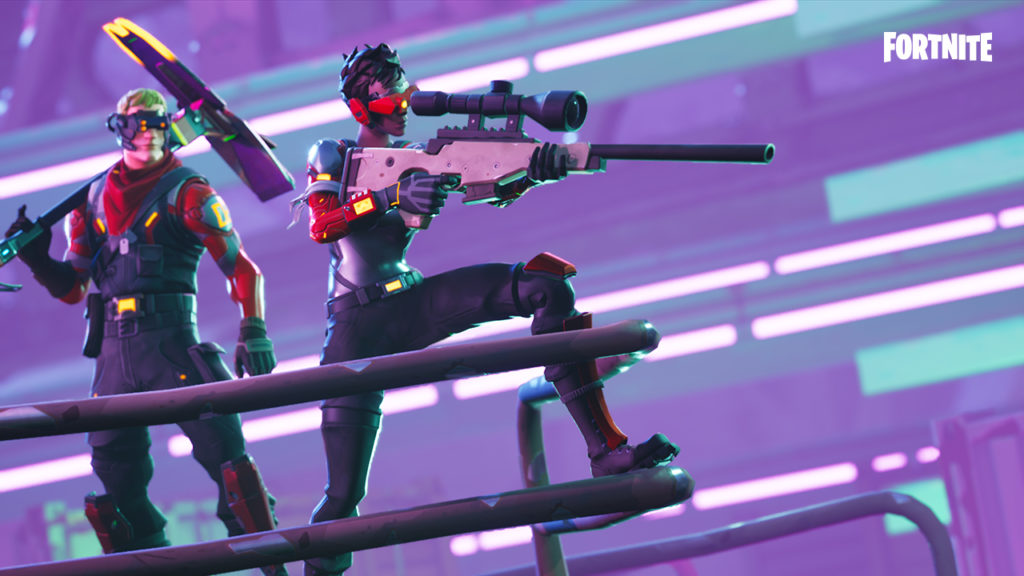 Sooner or later, the time is going to come when you find yourself in a gun battle. When this happens, you want to make sure you’re prepared. There are two types of combat you’re likely to encounter in Tilted Towers: extreme close quarters and long range sniping. For close quarters, you’ll likely be in the hallways of one of Tilted’s high rises. Shotguns are your friends here. Find a tactical shotgun if you can. It’ll allow you to quickly snap off a series of high damage shots to end close quarters fights quickly. If you can’t find a tactical shotgun, try to use the double pump strategy. Acquire two pump shotguns and place them right next to each other in your inventory. Instead of waiting to pump the gun after firing your first shot, you can quickly switch to the second shotgun for a follow-up shot. This can easily kill an enemy in a single volley, and eliminates the pump shotgun’s pesky reload time.

For long range engagements, use cover as much as you can. Combat here will most likely be building to building. A sniper rifle or other long range rifle will serve you well. Windows are prime locations for ranged fighting. You can strafe back and forth between the window and the wall next to it, allowing you to quickly place a shot and then move back into cover before your opponent can return fire. When it comes to shooting, firing quickly is better than firing accurately. You want to make sure you shoot first, because if you spend time trying to make sure you have the perfect shot, you’ll likely get picked off before you can even pull the trigger.

Dropping in at Tilted Towers is a classic case of high risk meaning high reward. If you can follow these tips and survive, the loot and experience you’ll gain is well worth the chaos.