The countdown is on to the final season of “Game of Thrones,” and today, HBO just dropped a new trailer. This thing looks hotter than Blackwater Bay filled with wildfire. Feast your eyes:

Because so much of the trailer is so bloody dark, we enhanced the images to get some clues about what we can expect. 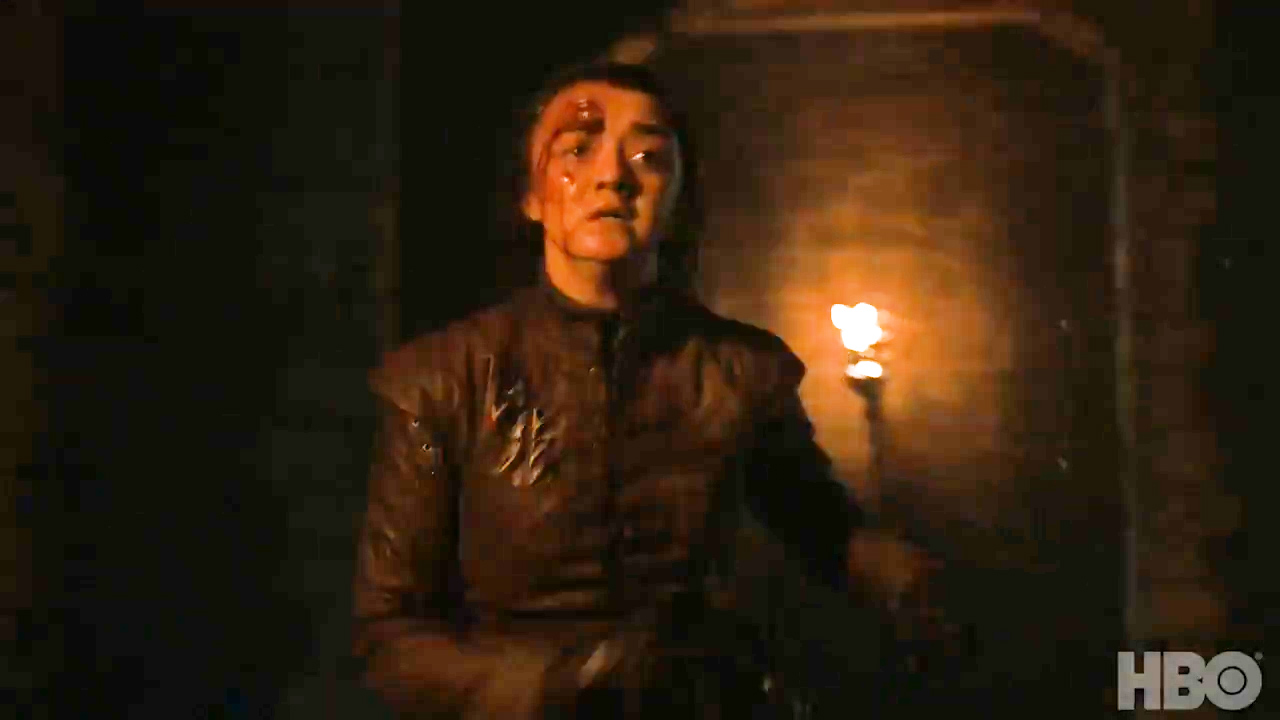 The trailer begins with Arya running scared. It looks like she sustained a head wound. (It could also be someone else’s blood.) She’s running with a dragonglass dagger. This looks to be the tunnels within Winterfell. 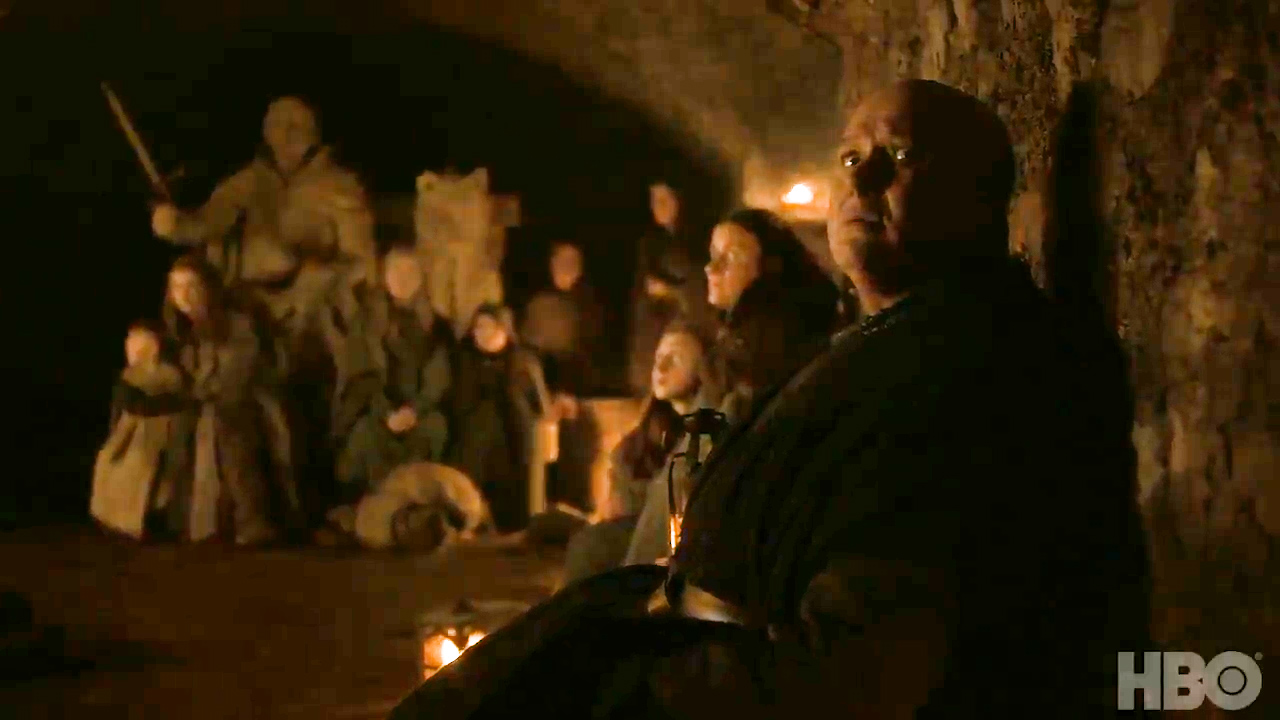 Though very dark in the trailer, this enhanced frame shows Varys hiding with the women and children, presumably during the final battle. The statue shows us they’re inside Winterfell’s crypt.

Davos appears to be scouting the battlefield from Winterfell’s walls.

Beric Dondarrion, Dolorous Edd, and Tormund Giantsbane are walking through a dark passageway with Beric’s sword on fire.

Cersei is hanging out with Qyburn and the Zombie Mountain, who now looks like full-on Darth Vader.

Daenerys rides with Jon and the Unsullied army.

Sansa appears spooked and awed by the dragons flying over Winterfell.

Dany approaches Jon in the crypt of Winterfell. We’re betting he’s paying his respects to his mother, Lyanna Stark. You saw her statue in the first episode of the show when Robert Baratheon came to Winterfell. Maybe Jon is also wrestling with the fact that Daenerys is his aunt.

Gendry appears to be blacksmithing the hell out of some weaponry to take out the White Walkers.

Jaime looks to be in a bit of trouble in the final battle. We hear him say, “I promised to fight for the living. I intend to keep that promise.” He’s clearly at odds with his sister. Speaking of which…

What’s a Lannister to do when the world is about to end? She drinks, of course.

The Hound is probably super-thrilled to be part of a battle that involves so much fire.

Jon and Dany check in on Drogon and Rhaegal, who appear to have just finished a large meal, judging by all those bones. (Remember, Viserion was killed and resurrected by the Night King. Don’t worry, we can’t keep the dragon names straight, either.)

Though difficult to see in the trailer, our enhancement shows Arya looking ferocious with a spear. On the right side of the frame, you see blood spraying upward.

Podrick and Brienne, reporting for battle. Let’s hope Podrick is as successful in battle as he was at Littlefinger’s brothel.

An undead horse, presumably carrying the Night King, steps within view of Winterfell.

While many of our heroes seem to be engaged in a ferocious final battle (all the orange-tinted scenes with fire), there are some notable absences in that scenario. The trailer shows only one shot of Tyrion, so it’s unclear if he plays a role in the final confrontation. Bran and Sam have reunited, but there’s no sign of them in the war, either.

We’re also a bit confused about Cersei and the Kings Landing gang. Are they just going to sit out the final battle? Do they fight and lose to Dany’s army before that? Or are they just biding their time until the White Walkers are dispatched before trying to clean up the survivors at Winterfell?

All our questions will be answered in the final season. The first episode arrives April 14.