Today’s the first day of the Game Developers Conference (GDC) and we met up with German publisher and developer, Daedalic Entertainment, to check out what they have in store for this year. Daedalic is best known for developing the point-and-click adventure series, Deponia as well as publishing games like Torchlight II and Machinarium.

For 2013, Daedalic’s in-house development team have been hard at work with the final game in the Deponia series, as well as new titles like Blackguards and The Night of the Rabbit. After two years in development, this is also the first time Blackguards was shown outside of the company.

Here’s what to expect from these games.

Goodbye Deponia is the 3rd, and final, game in the Deponia series. Deponia’s story follows the egotistical and hilarious character, Rufus, in his attempt to save the planet of Deponia and attempts to win over the girl. The game will pick up where it left off from the previous two games to conclude this eccentric adventure and love story. From what we saw, Goodbye Deponia is going to be just as hilarious and quirky as the previous two games. 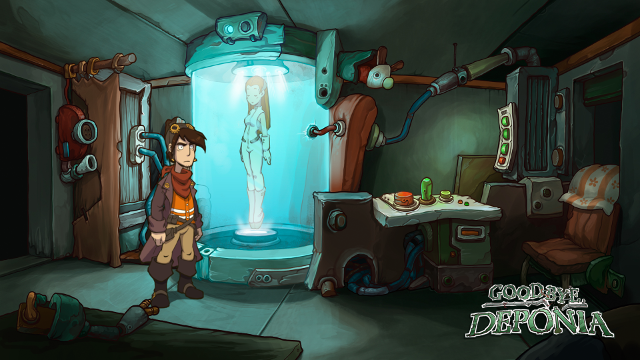 Although Daedalic didn’t have any live gameplay, we were told that the game should be out sometime in quarter three of 2013. As with the other two previous games, you will be able to find Goodbye Deponia in Steam.

The Night of the Rabbit 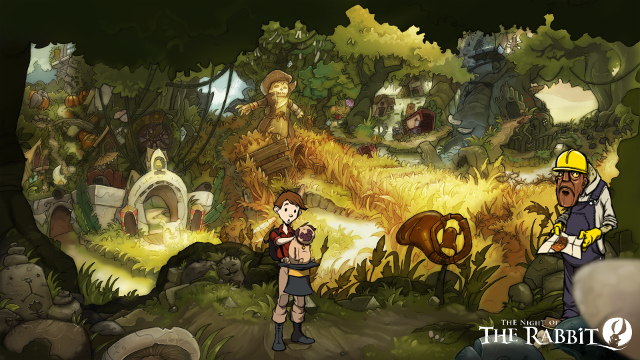 The Night of the Rabbit was another point-and-click adventure game from Daedalic Entertainment and it looks stunning. The artwork is detailed with lots of vibrant colors. Players will learn about the story of Jerry Hazelnut, a boy who wants to grow up to become a magician. The story starts off with him realizing that there’s only two days left of summer break before he has to go back to school so he sets out to have a great adventure. Little did he know, he would become an apprentice of a magician rabbit, Marquis de Hoto.

The art is truly amazing and reminded me of the classic Winnie the Pooh cartoons.

While the gameplay of The Night of the Rabbit is standard point-and-click, it’s the art and the story that really stand out. In the short demo we were given, we got to see the lush environments as well as hear parts of the hilarious script. There will be dialog choices so players will have a limited influence over how the game plays out, though there will only be one end to the game. 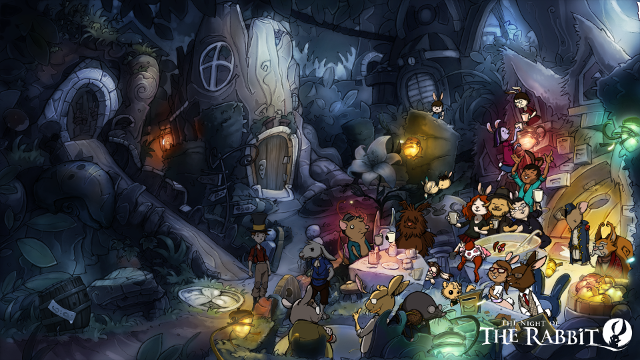 Daedalic is also working on extra content for the game like audiobooks that are each 20 minutes in length. Jan Müller-Michaels, the co-founder of Daedalic Entertainment, told us that the story is inspired by both Alice in Wonderland as well as Dr. Who, which should make for a very unique and interesting combination.

The Night of the Rabbit will be released on May 29th on Steam for $29.

For something entire different, Daedelic showed us Blackguards, a turn-based role playing game. Players will assume the role of a convicted murderer and will have to assemble a team to save the world from a mysterious dark power. You will be able to control up to five characters at once. Each of the characters will have a unique ability as well as a detailed story. More will be revealed about each character as you progress through the game.

During the demo, we saw the unique battle system in Blackguards, which allow users to interact with the environment during battle. An example we were shown was how a rope could be cut to drop a chandelier on top of enemies. There was another example where you had to seal wells to prevent more “cave lice” from spawning. Since Blackguards is turn-based, players will have to be very strategic, otherwise they’ll end up dying a lot.

Currently there are over 190 different battle amps in the game and there will be well over 40 hours of gameplay. Blackguards will be available on PC and Mac sometime in Q3 of 2013. A platform for distribution has yet to be finalized.