Just about every game we saw at GDC 2013 was using the free-to-play monetization model, including two multiplayer online battle arena (MOBA) games we saw. MOBAs are a sub-genre of the real-time strategy genre where you play with a group of players in an arena style map.

The first MOBA we saw at GDC was Dragons and Titans. The most interesting about Dragons and Titans is that its developer, Wyrmbyte, is partnering with social gaming giant, Zynga. The game will be tightly integrated with Facebook to provide a social MOBA experience. While MOBAs are known for serious competition and long battles, Wyrmbyte is filling the need for a shorter, more casual MOBA.

Since Dragons and Titans will be free-to-play and social, many may assume that it won’t offer as challenging or in-depth gameplay as other MOBA but that’s actually not the case. Dragons and Titans is very well though out and has enough content to keep players coming back for more. Currently there are 17 different dragons and 16 special weapons to choose from. Each dragon has special abilities that will require players to adapt different strategies. One interesting thing that Wyrmbyte did was to remove the item shop that MOBAs are known for. Instead, players will have a skill tree with different abilities that they can purchase. Spells can be unlocked with more experience points.

During my hands-on with the game, I found the graphics to look very good, even though it was running from the browser using Unity. I also found the five vs five gameplay of Dragons and Titans to be very addictive. I played in a battle mode where you had to free your “titan” from the enemy’s base while defending your own base. Even playing with bots, gameplay was fast and balanced. Leveling up takes place during battle so make sure to use your skill points wisely. 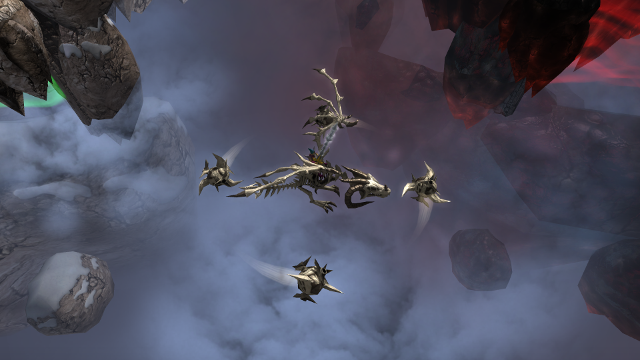 There will be a premium currency and an in-game currency in the form of Dragonbucks and crystals, respectively. New dragons and weapons can be purchased with either premium or in-game currency.  There will be items in the game, like Epic War Marks which boost XP and crystal gain during a battle, that can only be bought with Dragonbucks. There are also Battle Marks in the game, which act similarly to Epic War Marks but are earned every 4 hours. Players will only be able to hold 5 Battle Marks in their inventory. Crystals and Epic War Marks can be shared with your friends, helping to make Dragons and Titans a social game.

Perhaps the most impressive thing about Dragons and Titans is that it has only spent four months in development and it plans to go gold next month. By lowering the barrier to entry to free, Dragons and Titans looks to be a great starting MOBA for players to get into. It’s definitely less intimidating than games like League of Legends and DOTA.

You can sign up for more information about Dragons and Titans here.

The second free-to-play MOBA that we saw is called Prime World, by developer, Nival. There are definitely similarities between Prime World and Dragons and Titans. They’re both free-to-play and feature a rich experience but Prime World runs on the PC instead of the browser. The graphics in Prime World are spectacular and players can zoom into the cities to view more detail.

Social is going to be big part of Prime World, as it will integrate with Facebook Connect. You can find and invite your friends to play as well as help your friends gather resources. Players will also be able to trade items and “talents,” which are available to purchase. Other things available to buy (with real money) in the game include skins, accessories, and heroes. Marc Singer, Producer for Prime World, emphasized that players cannot pay to win but can pay for accelerating processes within the game.

Prime World will cater to the same audience as Dragons and Titans by making gameplay short. Matches will average between 15-20 minutes and characters can be modified with different skills at anytime. You’re not stuck with your character if you’re not happy with how he or she has leveled up. There will be four play modes: training (fight against bots), Borderlands, Apocalypse (fight against zombies), and Challenges (PvP or PvE). There are also mini games within a match that break up some of the tedium. We saw a Zuma-like mini game where players can play as a support class to gain “scrolls” that give your team different abilities.

Nival is preparing Prime World for closed beta by the end of April. There’s no solid release date as they want to make sure the game is bug free and balanced before releasing it to everyone. There are also other features they’re working on including like a spectator mode and voice chat, though text chat already exists in the game. Nival also plans on having territory expansion for player created cities.

You can sign up for the Prime World beta here.

Both Dragons and Titans and Prime World are opening up the world of MOBAs to more casual players by becoming free-to-play. With social being a focus for both games, I can see a large community of players popping up for both games. They’re not replacement games for games like DOTA or League of Legends but more of a complimentary game that allows players to play quick matches while maintaining a high level of strategy and detail.