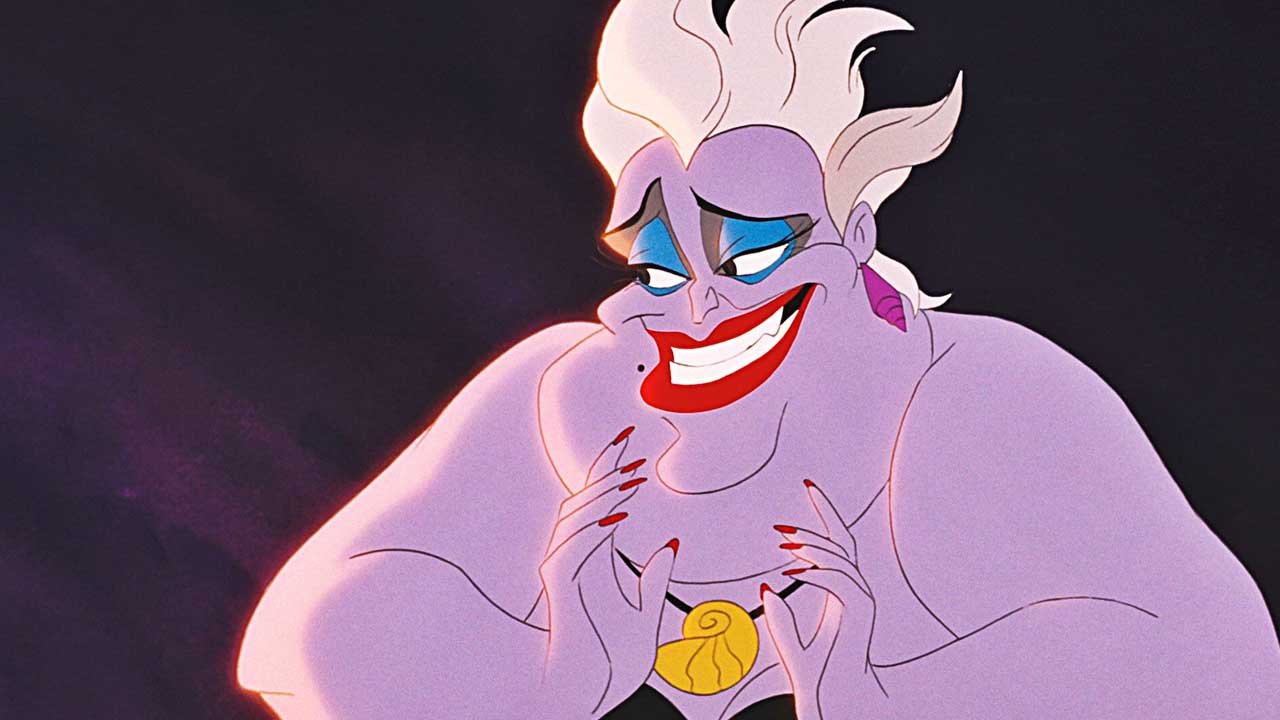 Often, the most memorable characters in Disney movies are their villains. Despite being the bad guys, they are always extremely charismatic, and we can even come to understand them… sometimes.

Also, many are known for more than their appearance or evil deeds: some have given truly superb musical performances. So, today we’re going to review the 10 best Disney songs sung by antiheroes.

And if this article inspires you to rewatch the movies starring those villains, you can find the whole collection on Disney+. Disney’s streaming platform is already available in Europe (specifically: Spain, the United Kingdom, Germany, Italy, Austria, Switzerland and Ireland). You can take advantage of the 7-day free trial period (plenty of time to watch the movies on this list), and among its special features, you can use it on up to 10 devices.

10. “Mine, Mine, Mine,” Governor John Ratcliffe in Pocahontas

Although Pocahontas has iconic songs like “Colors of the Wind,” sung by the protagonist, we can’t forget the melody of its villain (voiced in the original version by David Ogden Stiers). It’s the perfect number to introduce the bad guy of the movie. “Mine” has a double meaning: it refers to working in the mine, which his employees do to extract resources from the New World, but also to his selfishness.

Never before has a song so thoroughly defined a character’s greed. Radcliffe, an unscrupulous man, arrives in unexplored territory (which we now know as America) to exploit it without measure or consideration, destroying everything in his path. Luckily, the good guys always win at Disney.

The funny thing about this song is that, when we first hear it, we don’t know a villain is singing it. Because at first, Gothel (Donna Murphy) is Rapunzel’s protective mother who, in the song that concerns us, is apparently worried about the dangers of the outside world – all she wants to do is protect her daughter.

Apparently… but in fact, “Mother Knows Best” isn’t just about overprotectiveness: it’s the song a villain sings to the girl she kidnapped as a baby, whom she prevents from leaving the tower so she doesn’t learn the terrible truth about her past. Never before has such a sweet tune hidden so much evil.

Although “Hakuna Matata” is quite the hymn, The Lion King has other great songs worth remembering. One of them stars Scar (voiced by the great Jeremy Irons), who makes a whole declaration of intent by singing “Be Prepared;” in other words, get ready for what’s coming when I’m king of the jungle.

“Be Prepared” is not only great from the musical perspective. Visually, it’s also quite genius: with his loyal hyenas as extras, we’ll see how Scar imagines the dictatorial regime that is about to begin. Furthermore, the bold colors in the scene, very different from those of the Mufasa or Simba scenes, confirm that what’s to come is a reign of terror.

7. “Oogie Boogie’s Song,” Oogie Boogie in The Nightmare Before Christmas

The Nightmare Before Christmas, one of the movies from the Tim Burton universe, is also a Disney production. So its villain song obviously deserved a place on our list.

Oogie Boogie, is a burlap sack villain who won’t hesitate to ruin Christmas by kidnapping Santa Claus. But instead of just behaving like the classic villain with evil laughter, he decides to torture him while singing a song (performed by Ken Page), pure jazz composed by Danny Elfman. It’s a cool theme song that slightly reminds us of the next villain on our list.

6. “Friends on the Other Side,” Dr. Facilier in The Princess and the Frog

And it’s about jazz: The Princess and the Frog is Disney’s foray into New Orleans of the early 20th century, when jazz was all the rage. All the characters in the movie sing in this musical style, including its villain, Dr. Facilier (voiced by Keith David).

In his star song, he talks about his “friends on the other side” who allow him to be evil sorcerer who will change the lives of Tiana and Prince Naveen. But it turns out playing with spirits isn’t always a good idea, since they won’t hesitate to drag you into their world of shadows…

5. “Hellfire,” Cardinal Frollo in The Hunchback of Notre Dam

One of the most fearsome and ghoulish Disney villains is Cardinal Frollo (Tony Jay), and it’s because we can imagine a person like that existing in real life. The cardinal of the Cathedral of Notre Dame is a person without skills or powers beyond the intelligence he uses to do evil. Is there anything more terrifying than that?

In the song Frollo sings in the film, he reveals all his contradictions: on the one hand, his devout Christian sentiment (accompanied by the religious choir in the basilica), and on the other, his desire for Esmeralda, the heroine whose death he wishes for if he cannot have her. If we had any doubts about Frollo being evil, they dissipate with this song, a melody with truly dark and adult themes to be from Disney.

4. “I Wanna Be Like You,” King Louie in The Jungle Book

Although the main villain in The Jungle Book is the tiger Shere Khan, he can’t boast of something: having one of the most famous Disney villain songs, so much that we’d be surprised if you’d never hummed it before. Yes, we’re talking about the great swing song “I Wanna Be Like You” starring the monkey King Louie (played by Louis Prima, famous trumpeter and jazz singer).

But don’t be fooled by this primate’s friendly appearance or cheerful tune: Louie is a selfish character who only cares about his own interests, and he wants Mogwli to give him fire to do his misdeeds.

Below is the original version of the theme, but actually, the version in the film’s live-action remake isn’t bad either: Louie is a much more threatening giant gorilla voiced by a first-rate actor, Christopher Walken.

3. “I Put a Spell on You,” Winnie Sanderson and her sisters in Hocus Pocus

Our list needed a real-image film, so we went with Hocus Pocus. In addition to being one of the most underrated Disney classics, it has some of the best villains: the Sanderson sisters, three witches who are as evil as they are funny.

In this scene, the eldest of the sisters, Winnie (the great Bette Midler), performs the classic R&B track “I Put a Spell on You.” Since they are at a costume party, no one (except the main characters) suspects that what she’s saying is true. Although she’s the lead singer, the eldest is always accompanied by her two sisters, Mary and Sarah (Kathy Najimy and Sarah Jessica Parker).

2. “Gaston,” Lefou and Gaston in Beauty and the Beast

If there’s a Disney song capable of lifting your spirits in just a few notes, it would have to be “Gaston.” The best musical composition from Beauty and the Beast, it is a joyous melody in true Broadway style, with fun lyrics and the excellent voices of Richard White and Jesse Corti as Gaston and Lefou, respectively. Yes, they are villains, but at this point in the film, they are still endearing villains (we will have the rest of the film to discover that Gaston is the worst).

Although we picked the animated sequence for our ranking, the film’s live action remake has a good version too. Luke Evans and Josh Gad are great as Lefou and Gaston!

Last but certainly not least, we have one of the most misunderstood villains of the Disney universe: Ursula! Okay, she stole Ariel’s voice and played dirty with it, but… hadn’t the little mermaid signed a contract with those terms? Before you sign anything, it’s always a good idea to read the fine print or, in this case, listen closely to the song the villain sings you.

Soon we’ll get a live-action adaptation of The Little Mermaid, and Ursula, voiced in the original by Pat Carroll, will be played by actress Melissa McCarthy. Will she do justice to such a legendary character?

We added this song as a bonus track, because although it’s about a villain, it’s not sung by her: it is Roger Radcliffe (Ben Wright), the human hero of the story, who tells his wife Anita and the viewers about Cruella de Vil, who is about to enter his house.

Never before has such a beautiful song said such ugly things about a person (and the song’s lyrics barely begin to describe Cruella’s evil).