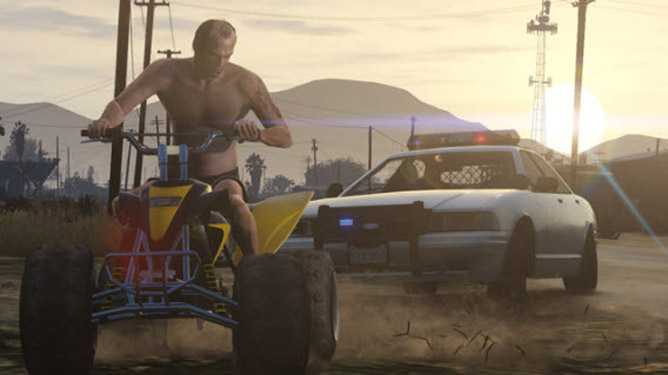 GTA V developer Rockstar has announced the trailer for GTA Online will be released this Thursday. So far we’ve only seen a few seconds of multiplayer gameplay, in the gameplay trailer Rockstar released last month.

GTA IV introduced the first multiplayer modes for a Grand Theft Auto title, and you could jump into a multiplayer game from the single player campaign using your in game cell phone. There were plenty of modes, from races and death-matches, to the free mode, and Rockstar has continued to develop its online modes in Red Dead Redemption and Max Payne 3.

It’s interesting that Rockstar is referring to this as GTA Online, and not GTA V Online. This suggests we could see a much more substantial multiplayer offering than we’re used to. The environment of GTA V is the most varied we’ve seen since San Andreas, and as a multiplayer playground it could be lots of fun.

We’ll update you on Thursday when the trailer is released. GTA V is slated for a September 17th release.

What do you want to see in GTA V multiplayer modes?