Complete Guide to the Eternals 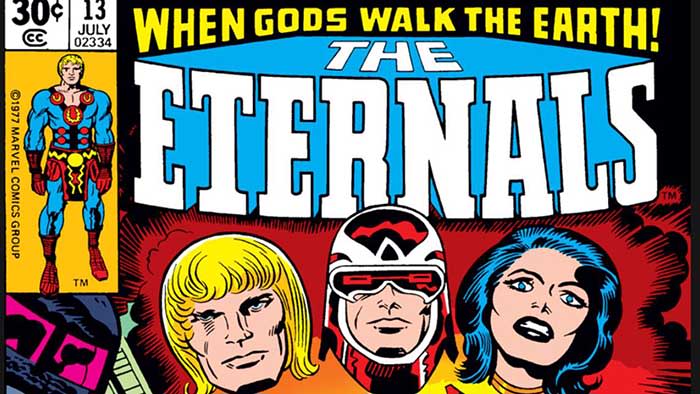 If your Marvel knowledge is only confined to their most popular characters, then you’ve probably never heard about the Eternals. However, if you’re a fan of the movies, you are probably dying to learn more about them, especially after this years’ San Diego Comic-Con.

This heroic race has been around for more than 40 years, and have gone through loads of changes over time. We decided to gather up all the general information from the comic books about the Eternals that we will be seeing in the Eternals movie. So, if you need to brush up on your Eternals knowledge, we’ve got the guide for you!

Complete guide to the Eternals

Who are the Eternals?

The Eternals were created by the famous Jack Kirby in the 1970s.

Basically, they are ACTUALLY Earth’s mightiest heroes. The Eternals are immortal cosmic beings (basically, they’re aliens) that have godlike powers and abilities. They also fight with their immense cosmic energy that gives them superhuman powers.

Millions of years ago, Celestials (that’s the same species as Star-Lord’s dad) looked at early humanity and created two additional races. They created a disgusting, monstrous race called the Deviants. They also created the advanced Eternals.

We do not know much about the plot for the movie, but we do know several members of the film’s cast. This includes Salma Hayek who plays the leader of the Eternals, Ajak, and Angelina Jolie who will star as Thena.

There are different Eternals depending on where you are in the galaxy. As of now, there are Eternals on Earth, Titan, alternate dimensions, from unknown alien worlds, and Uranos. For this list, we are looking at the Eternals that will appear in the movie, and ones you might have heard about. 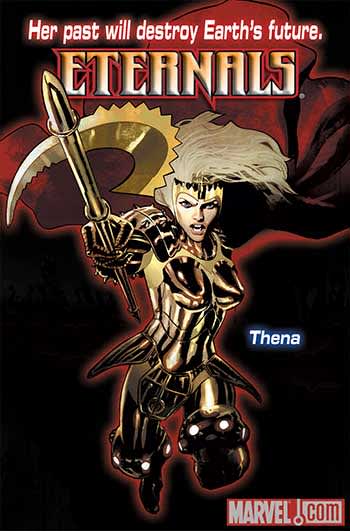 The first up for the Eternals is Thena, who will be played by Angelina Jolie.

All of the Eternals are insanely strong, and Thena is no slouch herself. She has superhuman speed and strength along with a bunch of other abilities including:

Aside from her powers, you can typically expect Thena to bring her trusty spear that also shoots energy blasts as well as a bow with elemental arrows.

She is honestly a lot like Wonder Woman. Both she and Wonder Woman were raised in a heavily Greek-influenced world believing in the Greek gods like Zeus, Ares, and Athena (where Thena gets her name).

Also like Wonder Woman, Thena has a soft spot for humans. Along with a desire to protect humanity, Thena fell in love with a human male and had a son with him.

Thena is also super smart. While trying to pursue a somewhat normal life, she became one of the top researchers at Stark Enterprises where she worked for Iron Man. However, Thena is not afraid to get her hands dirty, and will gladly introduce you to the business end of her spear. 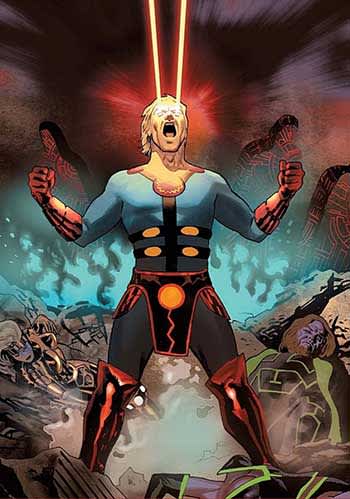 Robb Stark left the world of Westeros and has come to the Marvel Cinematic Universe.

Played by Richard Madden, Ikaris is one of the most powerful members of the Eternals. His powers include:

Typically, Ikaris is seen as the main focus of the Eternals, but it appears as though he will be taking a backseat while Angelina Jolie takes the spotlight as Thena. A lot of the time, he leads the Eternals, and also played a major role in introducing them to the world. 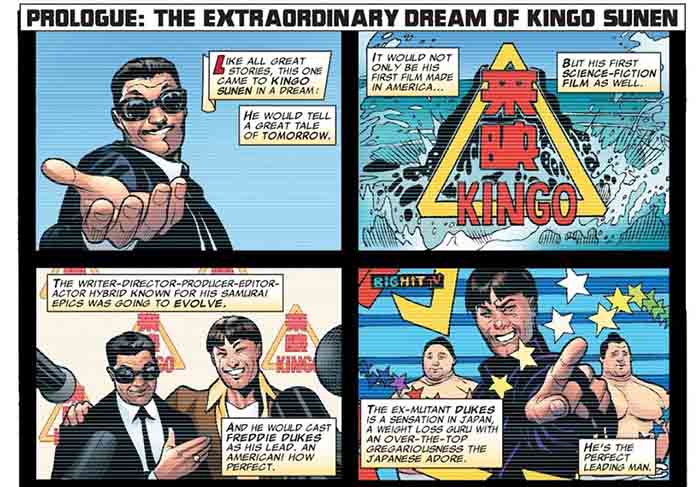 Kingo is…. honestly an extremely random member of the Eternals to add to the movie.

He’s been in next to no issues and hasn’t had nearly the same development as other Eternals. Also, he is a Japanese and was raised in the way of the samurai. So it is a bit random that he is being played by Kumail Nanjiani.

He did have a very random character arc where his mind was wiped and he became an extremely popular action movie star.

Although we’ve never seen him use his full Eternal powers in the comics, we can assume he has the same superhuman abilities. He is also an expert swordsman.

We’re expecting the writers are going to give Kingo a massive overhaul. Given the fact that he’s going to be played by Nanjiani, we expect him to fulfill the role of comic relief. 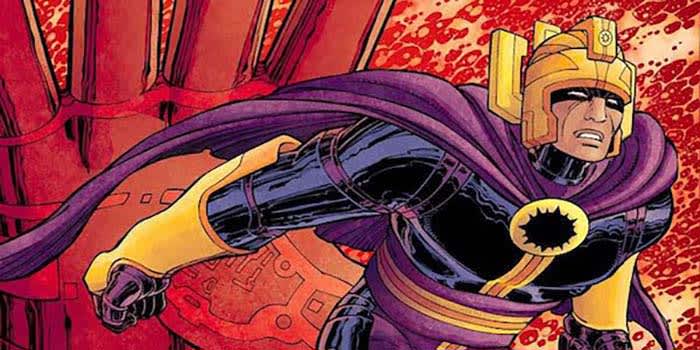 If you thought Kingo was getting an overhaul, wait until you get a load of Ajak.

Like most other Eternals, Ajak has super strength, speed, durability, healing, the ability to shoot energy blasts, fly, and teleport. He also has the unique ability to communicate with nearby Celestials telepathically.

He was born and raised in the frozen tundra of Siberia.

So, who did Marvel Studios get to play this hardened, Russian, gritty man?

Why, the Mexican-American bombshell Salma Hayek, of course.

Not only that, but Ajak has now been upgraded to the leader of the Eternals according to Marvel Studios president Kevin Feige.

There is absolutely nothing wrong with a female actress taking the role of a normally male character; Marvel is just clearly going in a different direction than the comics with this flick. 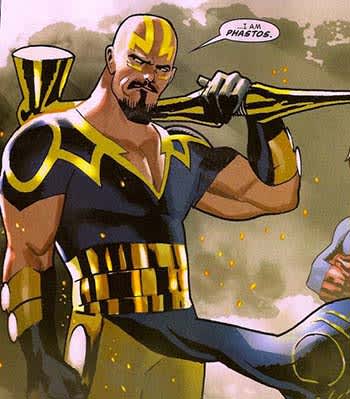 Not a lot is known about Phastos as his history is a bit cloudy. However, he has the same basic abilities as pretty much every Eternal. He also carries around a hammer similar to Thor’s. However, his hammer fires energy blasts rather than lightning.

He is a brilliant inventor and engineer. He’s basically the Donatello of the Eternals. He is being played by Brian Tyree Henry who voiced Jefferson Davis in “Spider-Man: Into the Spider-Verse.”

Representing one of the youngest Eternals, Sprite is a childlike Eternal who is often too immature for their own good.

Despite being an Eternal, you typically don’t see Sprite using most of the typical Eternal powers like strength, speed, flight, or shooting energy blasts. Instead, Sprite is a master of using psychic powers to erase memories, as well as creating illusions to fool enemies. 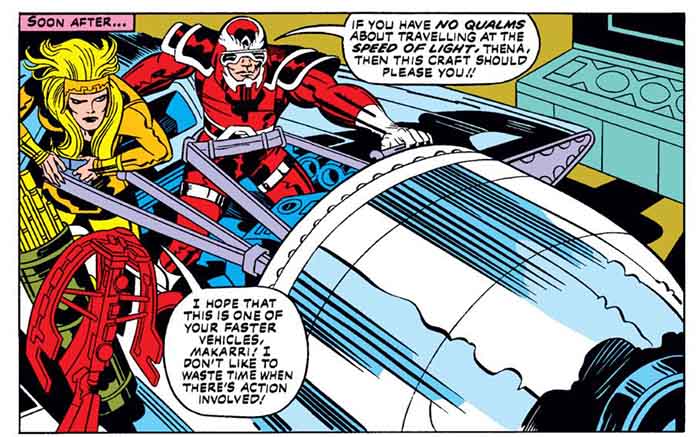 Much like his buddy Phastos, Makkari dabbles in tech, inventing, and machinery with the Eternals. More specifically, he builds high-speed vehicles that the team uses on missions.

Why a race of superhumans with superspeed and flight need vehicles is anybody’s guess, but maybe Makkari just needed something to do. He doesn’t have any abilities that stick out when compared to other members of the Eternals.

He is actually one of the smarter members of the Eternals. He was taught philosophy by Plato while living in Greece and is considered to be a prophet amongst the Eternals. 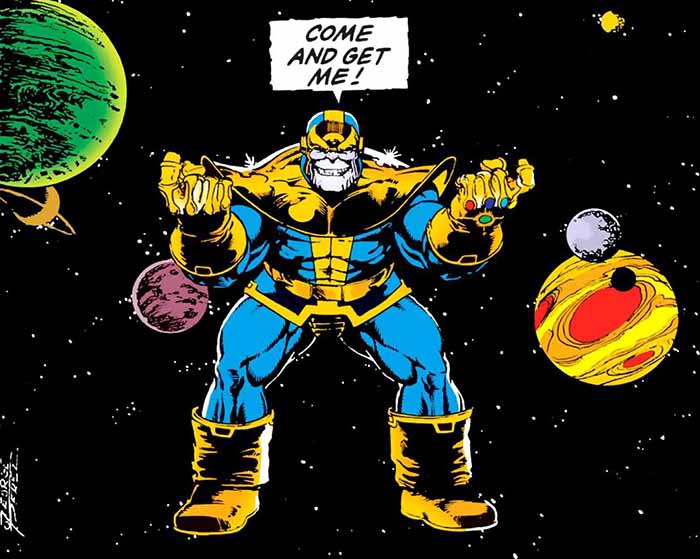 Thanos himself was a member of the Eternals in the comics. More specifically, he is an Eternal from Titan. this would explain why he’s so strong that he can even take on the likes of Thor and the Hulk:

It will be interesting to see if the MCU will dive into that plot point once the film comes out in November of 2020. 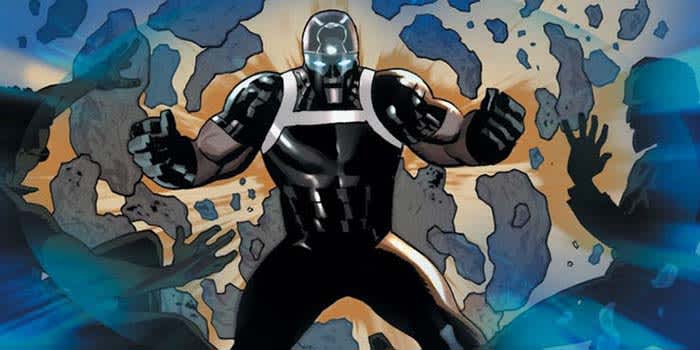 Although not a member of the Eternal’s team himself, Gilgamesh is no pushover.

Serving as the villain for the movie and in the comics, Gilgamesh is also known as “The Forgotten One.” He is absurdly strong, and his powers have been known to even rival Thanos. He is an Eternal by race but has only joined forces with the team on rare occasions.

He has all the same powers of most Eternals but is also insanely skilled at hand-to-hand combat. Since he is an Eternal, he is basically immortal. During his life, he devoted himself to learning as many fighting styles as he could. He is considered to be a monster slayer who kills giant, mythical creatures for sport.

Although he is traditionally a villain, he has joined forces with the Eternals, and even the Avengers.

Although the Black Widow movie is coming first in 2020, we might be looking forward to this movie even more.

As far as what we’re going to see in the movie, we have no idea. We know the cast, and we know that Gilgamesh will be the villain. As far as where the Eternals have been all this time, your guess is as good as ours. However, we expect that Marvel Studios is going to take a LOT of creative liberties with this movie.

With “Guardians of the Galaxy,” Marvel had the opportunity to take one of their less popular properties, make some changes, and ended making one of their biggest hits. We’re guessing that director Chloé Zhao is hoping to accomplish the same with “Eternals.”

Regardless, we are excited to see where Phase 4 is heading, and we can’t wait to see this one!