Fans are poised for the arrival of Darks Souls II, the highly anticipated sequel to über-RPG Dark Souls, regarded by some to be the darkest, most difficult game ever made.

In fact, although we say II, many actually consider it the 3rd game in the series, which kicked off back in 2009 with Demon’s Souls. Wherever you feel it fits, Dark Souls II is a game with a serious reputation to live up to. Will it make the grade? 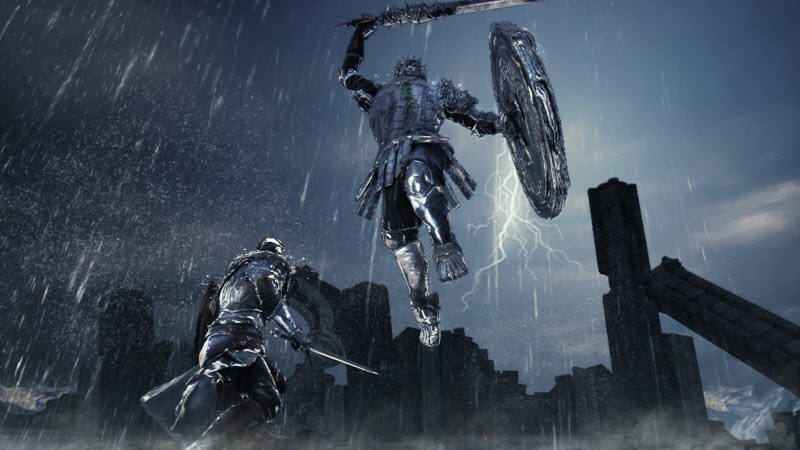 Yesterday, at E3 2013, we had some highly-coveted time with the game. NamcoBandai held a closed-door presentation, giving us a brief introduction to the game, a video to check out some real-time gameplay and, finally, some hands-on time with Dark Souls II. So what did we see? Well, you’re going to have to read on to find out…

NamcoBandai are making a big deal of their new graphics engine, which certainly looked good and played smoothly in the demo. In fact, we thought it looked more like a very improved version of the Dark Souls engine, but if it results in better performance, it doesn’t really matter. We saw a little bit of lag during the demo, but we were inclined to attribute it to the fact that it was an early version of the game, rather than a problem with the graphics load.

There’s been a significant improvement to enemy AI in Dark Souls II. They’re now much more reactive to your movements, and seem to have more capacity for movements that will take advantage of your weaker moments. The final boss in the demo was awe-inspiring – a crystal knight carrying a mirror that copies your reflection. Like everything in Dark Souls, it was truly terrifying. We get the impression that Dark Souls II will be as frustratingly difficult as ever, but the frustration will ultimately be rewarded – if you’ve got the sticking power. 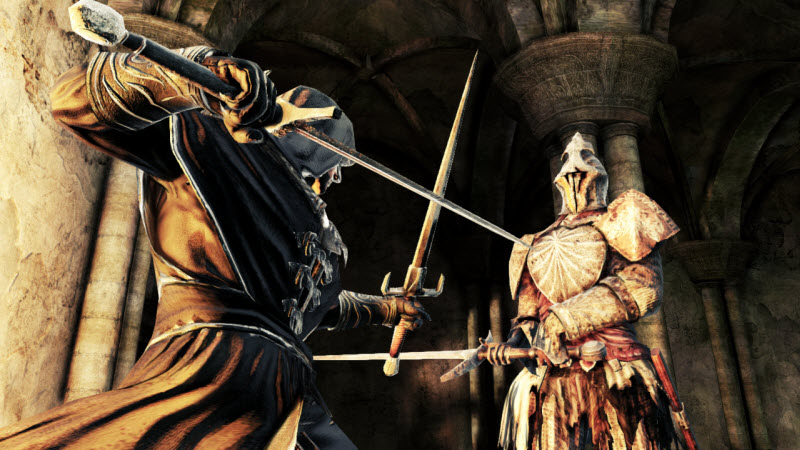 It’s unlikely you’ll have a hard time getting to grips with Dark Souls II if you’ve played it before. The controls felt the same and, to start, we could choose between 4 categories of characters: Warrior, Sorcerer, Temple Knight and Dual Swordman. The Dual Swordman is the new character here. As you might have guessed, he carries two weapons, but it remains to be seen if these 4 make the final line-up for the actual release. Another new feature is that you can wield your shield with 2 hands, giving you more solid protection. Finally, the parry system has been changed to make it harder to synchronize. While this does make fights harder, if you manage to floor an enemy, you have a huge advantage.

Although there weren’t as many game-changing improvements as we were expecting, we thought Dark Souls looked subtly – but significantly – improved and as frustratingly enjoyable as ever. The full impact of the new AI and parry system remains to be seen, but although it might make fights harder (is that even possible?!), we doubt it will be without suitable reward. Do you have the patience for the wait? Dark Souls II by NamcoBandai, due December 2013.