Faking voices is heaps of fun. Whether impersonating your boss, friend, or favourite TV character, the first thing you mimic is how they speak. Celebrity impressionists, for example, make us laugh over their exaggerated turns of phrase, while voice actors give life to shows like The Simpsons and Family Guy. 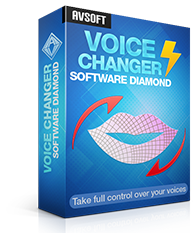 Changing the pitch and timbre of our voice is no easy task, however. Just ask the many actors whose foreign accents are often hilariously inconsistent. And while we might get a laugh or two from our impressions of Uncle John’s drunken ramblings, we don’t always nail Aunt Bea’s scathing retorts. So when we want to change our voice, we sometimes need a little help.

Voice changing software has been around for a while. Radio DJs use them all the time, and there are lots on the market. But none of the voice changers we’ve tested comes close to AVSOFT’s Voice Changer Diamond 9.5 for features, quality, or – most importantly – realism. 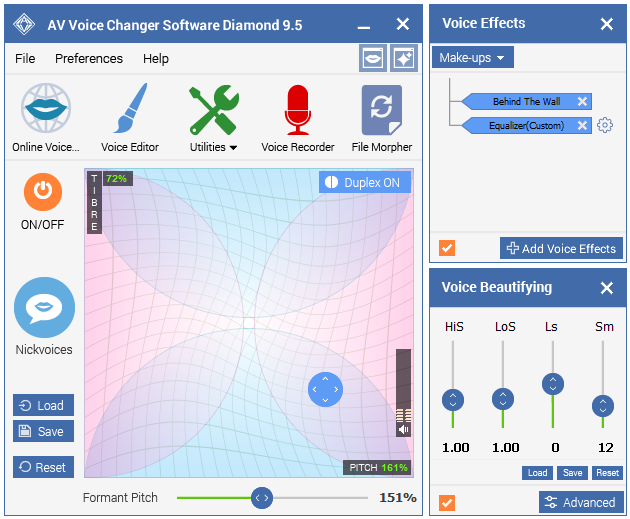 Voice Changer Diamond 9.5 is the most natural sounding voice changer we’ve ever heard. Using sophisticated, market-leading algorithms, it modifies and optimises your voice while still sounding real. We found other voice too obvious, but after a few in-office prank calls, we were mightily impressed by how easily it was to fool our colleagues with Voice Changer Diamond.

Even the preset “Nickvoices” sound great – turning you from robot to grandma in just a few clicks. But for ultimate realism, you’re better modifying your voice manually. You have full control of timbre and pitch with Voice Changer’s graphical controller, and you can add extra realism from a growing library of effects – anything from “breathy” to “trembling”. You can also save voices as named presets, giving you an army of alter egos with which to amuse your fans. 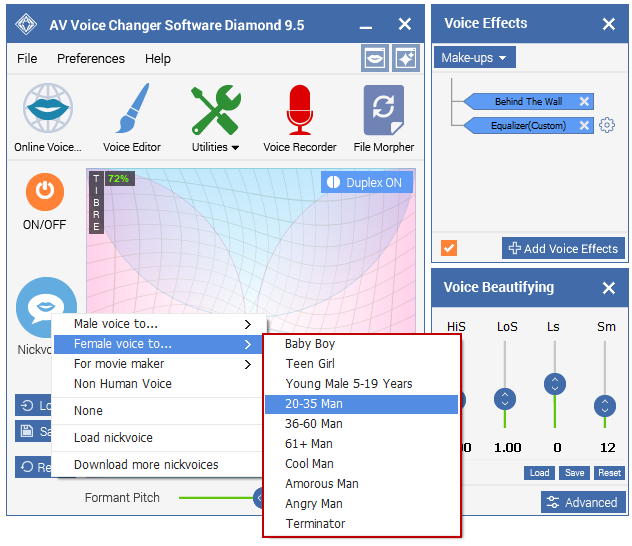 You can modify your voice on the fly, too, as Voice Changer Diamond integrates with chat services, VoIP applications (like Skype), and web-based applications like role-playing games. Now you can give  proper voice to your Level 37 Bloodhoof Tauren, frightening your World of Warcraft foes with your thunderous war cries.

For editing existing recordings, Voice Changer Diamond offers a host of tools to make your audio sound great, including a simultaneous voice morph and file converter for large jobs. You can also analyse your voice and compare it with others, learning your harmony, pitch, brightness, and score, and use the information to make you a better impersonator. It’s a vocal coach, audio editor, and voice changer in one!

We’re massive fans of Voice Changer Diamond, and to share the love we’ve managed to secure a 60% discount off the asking price. Just visit AVSOFT to buy for $48.38 (normally $99.95). We hope you enjoy creating your own characters, or even just adding a professional note to your own voice – let us know how it goes in the comments below.