Every year, thousands of companies and hundreds of thousands of punters gather at the world’s biggest tech conference to marvel at the shape of things to come. 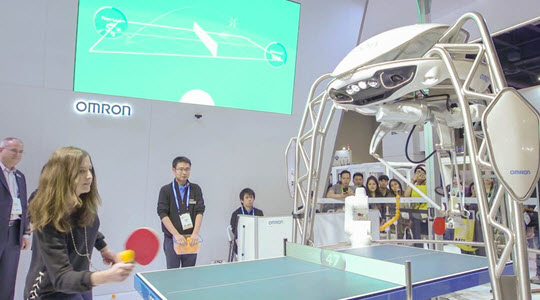 Highlights of this year’s CES, which ended last week, included Sony’s new Aibo robodog, a flying phone case for aerial selfies, and a robotic exoskeleton that can turn you into the 8,000-pound gorilla in the room.

There were robots that played (and won at) Scrabble and ping-pong, yet more self-driving cars, and VR helmets galore. Plus a device that charges your phone on the other side of the room.

But the real star of the show – according to Twitter – was the brief power outage when everything stopped working. Was that a glimpse of the future, too?

A robot playing Scrabble, self-driving cars, flying phone case for aerial selfies and a power outage. Guess what is the hottest news about this year’s CES.