Watch: 4 most iconic moments in the history of eSports 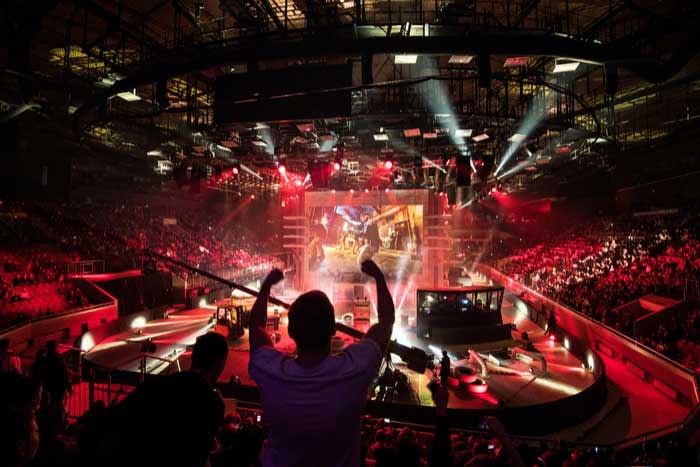 So many games have competitive scenes nowadays. Websites like YouTube and Twitch have thousands of compilations showing streamers making flashy plays. With all of this, it can be hard to tell the difference between a skilled gamer and a professional one. However, the moments on this list will clearly show you what it means to be a pro. These iconic moments changed competitive gaming and helped eSports evolve into the monster that it is today.

Top 4 moments in the history of eSports

The Wombo Combo is far from the most impressive combo in competitive Smash Bros. It’s not a display of amazing technical skill coming together in symphonious harmony. It may not be either of those things, but it is the single rawest, hypest moment in Smash Bros history. You can know absolutely nothing about Smash and still get hyped like crazy while watching the clip. Commentator HomemadeWaffles is a legend on the mic, and within 30 seconds of improv spawned numerous iconic catchphrases like “WHERE YOU AT!?” “THAT AIN’T FALCO!” and “HAPPY FEET, WOMBO COMBO!”

Beyond just being a highly entertaining and quotable clip, the Wombo Combo was a major force in revitalizing interest in the competitive Smash scene. The clip was posted online in 2008, which is when Melee’s sequel Super Smash Bros. Brawl was released. At this time, the Melee competitive scene was struggling to stay afloat. Though the release of Brawl took attention away from Melee, Brawl’s gameplay was largely seen as inferior to Melee’s in a competitive setting. Brawl was floatier, had less combo potential, lacked Melee’s advanced techniques, and was a generally slower paced, less exciting competitive game. The Wombo Combo going viral turned heads and brought new players to the Melee scene, evolving it from the grassroots movement it was to the competitive powerhouse it is today over 11 years later.

Counter-Strike is a hard game to get into competitively. It requires a steady hand, good tactical senses, and the ability to remain cool under pressure. Mistakes are punished brutally, and smart, slow advances are often rewarded over flashier, riskier pushes. However, even in this game of positioning and mind games, sometimes the most straightforward plays are the most effective.

At ESL One Cologne in 2016, Team Liquid faced off against Fnatic. In the most memorable play of the night, Fnatic players dennis and KRiMZ were up against Liquid’s S1mple as the only players alive. Stalking his prey, S1mple jumped into the warehouse and killed both enemies in seconds with two expertly placed headshots. The craziest part is that S1mple got both of his headshots without scoping his AWP sniper rifle, shocking Fnatic with a remarkable feat of accuracy. S1mple lived up to his namesake with that no-nonsense play.

Dota 2 is one of the most popular and lucrative competitive games out today. Its enormous player base and constant updates constantly create a fresh competitive metagame with multi-million dollar payouts. One of the most impressive and harrowing moments in Dota 2’s storied competitive history came to be known as the Six Million Dollar Slam.

Top American team Evil Geniuses faced off against Chinese team CDEC in the grand finals of Dota 2 International 5, the largest annual Dota 2 tournament. After killing one member of EG, CDEC moved to kill Roshan, a powerful neutral dragon character who grants huge amounts of exp and gold when defeated. Roshan’s area is tightly packed, which cramped CDEC as they moved in for the kill. Sensing opportunity, EG laid out a complex series of moves that culminated in the prolific Slam.

EG used the Ice Blast ability to slow all of CDEC’s heroes, which also increased the magical damage they would take. Suddenly, an EG Earthshaker comes in with his ultimate: Echo Slam, a devastating attack that does more damage as more opponents are caught in its radius. This combination quickly sends CDEC into a panic, and as they try to escape a further combination of moves from EG kills four of their players. EG then swoops in and finishes off the damaged Roshan, powering them up and allowing them to secure the $6 million grand prize money.

Evo is the world’s largest fighting game tournament, and its 2004 incarnation hosted what many consider to be the greatest moment in competitive video gaming history.

During the semifinals of the Street Fighter III: 3rd Strike tournament, Japanese player Daigo Umehara faced off against American player Justin Wong. Daigo, nicknamed “The Beast,” was known for his aggressive, high-risk playstyle, making him a fan favorite. On the other hand, Justin Wong tore through the American scene with his defensive “turtling” style of play, frustrating his opponents with his stonewall defense. Daigo and Justin had never played each other prior to this set, so anticipation was high when they finally got to duke it out.

In match 1, Daigo (Ken) had a hard time breaking through Justin’s (Chun-Li) defenses. Justin was playing conservatively, methodically bringing Daigo’s health bar to one pixel. The normally cool and collected Daigo became frustrated, as noted by the commentators. At one pixel of health, literally any special move would’ve ended Daigo, as special moves do chip damage even if blocked.

Daigo’s only remaining method of defense would be to parry, which is an extremely difficult technique in which you move towards your opponent at a precise moment they’re attacking, negating all damage of the move. Parrying is extremely risky compared to blocking, but Daigo’s minuscule health bar left him no choice. Eager to end the match, Justin switched gears and threw out Chun-Li’s super move, a combination of fast and powerful kicks. Predicting this, Daigo amazingly parried every hit of the super and retailed with his own, winning the match.

This mindblowing feat of mind games and technical skill electrified the crowd. The clip, which came to be known as Evo Moment 37, has been compared to legendary non-gaming sports moments like the Miracle on Ice and Michael Jordan’s 1991 Tomahawk dunk. This stunning comeback single-handedly revived interest in the competitive fighting game scene, giving way to the healthy scene the genre enjoys today. Daigo’s determination and high-risk clutch play symbolized everything we love about video games, comebacks, and the spirit of competition.

Any big moments we missed? Let us know! 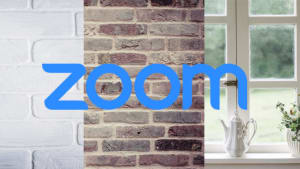 How to Watch a Movie on Zoom in 5 Easy Steps